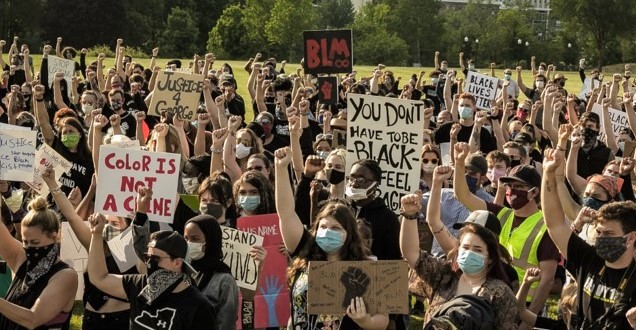 Baruda, who said she’s taken part in marches and protests since her freshman year, credited the video for creating more momentum on social media – and bringing more people to the protests – than other issues.

“We went during the daytime, so during that time, it was very peaceful, we were marching,” Baruda said of her time in Washington this week.

They carried signs, she said, describing the experience as “unifying us and empowering” because they were marching for all the victims, not just Floyd. 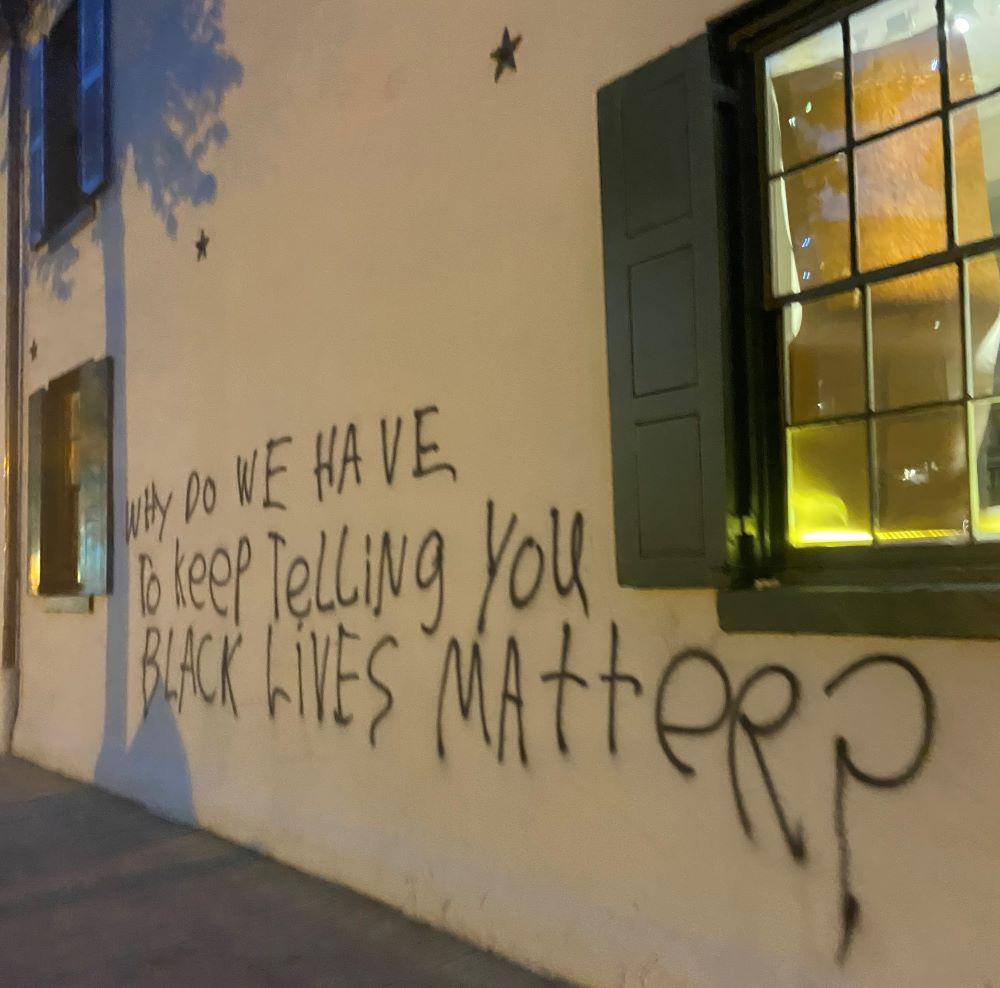 “It’s important to be out here and showing our support for the family and other victims of police brutality,” she said. Among the others she mentioned who died at the hands of police were Philando Castile in Minnesota, Breonna Taylor in Kentucky, Eric Garner in New York and Oscar Grant in California.

“There’s so many people that have been victims of police brutality, and guys with their hands up or not being able to breathe,” Baruda said. “I do feel like this video was a tipping point because … everybody believed that we can’t let this happen anymore.”

Attending protests in the middle of a pandemic made Baruda extra cautious, especially since both her parents work in health care. She said she wore a mask, as did almost everyone else, except those in front with the megaphones.

“For the most part, almost everybody had masks on,” she said.

Things were calm and peaceful during the day, according to Baruda, but at night, the situation was “a little bit of a mess.”

Addressing violence by protesters, is complicated, Baruda said, adding that it does generate more attention, but she doesn’t support it.

“I as a pacifist would not … condone looting,” said Baruda. “I don’t understand people who loot for no reason.”

But she said it could be a valid form of protest since property is valued so highly in America’s capitalist society.

“It’s very hard to say we do value property more than black lives,” she said. “And we also have to remember that property is replaceable, and we’re not replaceable.”

“I pay taxes out of my paycheck every week,” Brown said “If I burn the city down, then the money to rebuild the city is going to come out of my taxes so I am hurting myself in the end.”

Floyd’s brother Terrence spoke out against violence at protests on Monday at the Minneapolis site where his brother George lost his life.

Floyd told the crowd that destroying buildings and business is only hurting the community and not supporting the cause. He urged the protesters to vote and educate themselves instead.

“I just thought this would be the perfect way to voice my political opinion in this situation, especially with the political climate right now,” she said.

Besides protesting, Baruda said, she’s donating to causes she supports, signing petitions and trying to spread awareness. Educating yourself is also important, she said.

It might be a small thing, but it definitely does help, you know, watching documentaries, reading,” she said. “Small things like that do help in the long run.”