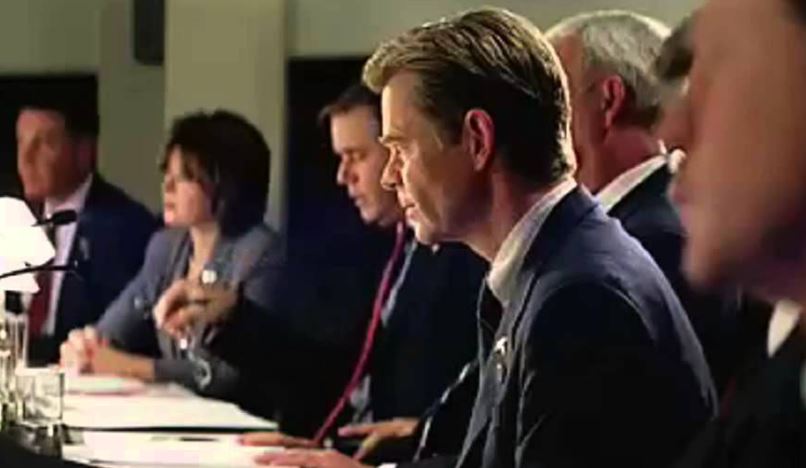 SACRAMENTO, California, U.S.A. — Thank You for Smoking is one of those movies that you know is good, and not just because it’s truly funny, witty, and charming, but because it has substance.

As the summer blockbusters begin to bombard movie theaters, it’s generally not expected you will find an intelligently funny comedy. Instead, it seems as though the usual potty humor triumphs these days. Fortunately, that’s not the case with this film.

Based on Christopher Buckley’s 1994 novel, the film seduces us into the world of Nick Naylor (Aaron Eckhart), a charming Big Tobacco lobbyist. Handsome and skilled with words, he is out to change America’s mind about the tobacco industry through different channels of propaganda and smooth talking. Divorced from his wife Jill (Kim Dickens) and father to 12-year-old son Joey (Cameron Bright), we see Nick juggle being a tobacco lobbyist and a family member.

Yet the best parts to come out of the movie are not between family members, but co-lobbyists and their enemies.

Between the Vermont senator (William H. Macy) who is out to get Nick – his whole election campaign is based on his anti-smoking stance – and the seductive newspaper reporter (Katie Holmes) who will do anything for juicy news, Nick handles everything with ease.

Although it seems everything is handed to him on a silver platter, the movie continues on with adventurous subplots and a surprising ending.

Director Jason Reitman does a superb job in bringing out the different talents of the cast and blending them together to make this superb satire.

Yanni Lin is a Reporter for Youth Journalism International.