Bridgeport, Connecticut, UNITED STATES — I’ve been to a considerable number of concerts during my life. Some, like Green Day, were energetic. Others, like KISS, were pathetic. Some, like Good Charlotte, I’m embarrassed to say I attended.

Only one concert though, truly affected me – moved me, if you will.

I’ll admit I used to be a Bad Springsteen fan. You know the type, and they exist for all artists.

I was one of those fans who knew one or two songs by the artist, presumably their most famous, and had decided that I was a true fan. I’m ashamed to admit this now, but happy to say it’s no longer the truth. 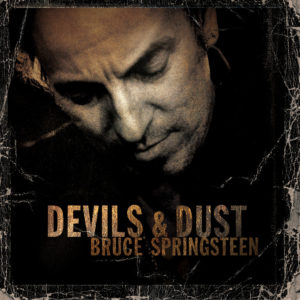 On the last leg of his Devils and Dust tour, Bruce Springsteen stopped in Bridgeport , Conn. The entire week before the show, I listened to Springsteen like it was a religion, and had truly begun to appreciate the music and the poetry of his words.

But nothing quite prepared me for the experience of seeing Springsteen on stage.

For an hour before the concert I sat next to a man from New Jersey who kept on insisting that my first Springsteen concert was like “losing your effing virginity,” and that by the end of the night I would feel like I was “20 effing years old.”

I saw this man consume eight glasses of alcohol and later dance in the aisle. Despite being crazy, he was right about one thing. I would leave the concert feeling older.

From the first note played, I was entranced. The music was beautiful and deep, Springsteen’s voice roughly poetic and gentle.

As the concert continued I would fall deeper in love with every song played, sometimes closing my eyes just to feel the sensation of the music overcome me.

The concert moved me; I’d never felt as emotional as I did then. That’s how amazing the music was.

Springsteen orchestrated his concert with perfection, and left no doubt that he is, and always will be, The Boss.