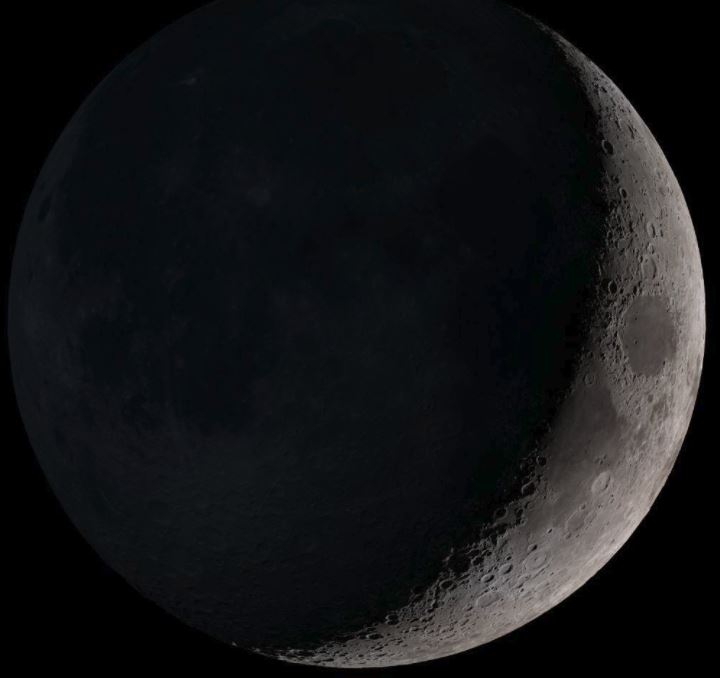 Moon (NASA)
By Arooj Khalid
Reporter
Youth Journalism International
LAHORE, Pakistan – Eid-al-Fitr,
the celebratory feast that comes at the end of a month of fasting for Ramadan
and is based on the sighting of the crescent moon, arrived three times in
Pakistan this year.

Besides the sad feeling
of saying farewell to Ramadan, this year the Pakistani public experienced a
weird feeling when the news channels flashed the sighting of the moon in North
Waziristan on August 17, earlier than anticipated.
People had expected Eid,
which is celebrated on the first day of Shawwal, or the 10th month of the
Islamic lunar calendar, on August 19 or 20 this year.
So the news of Eid
celebrations in Waziristan seemed half-baked to most of the people, but it
really was true. Those areas celebrated Eid on Saturday, Aug. 18, while the
rest of Pakistan, thinking of it as the 29th day of Ramadan, spent the day
fasting.

The Ruet-e-Hilal or Crescent
sighting Committee held its session on Saturday the 18th. The weather
department had announced few chances of the Shawwal crescent to be spotted and as
the sundown came closer and passed away, the committee failed to sight the moon
at all.
Before the committee chairman,
Mufti Muneeb-ur-Rahman, could announce 30 days of Ramadan, the zonal moon
sighting committee of Khyber Pakhtunkhwa (KPK) province started receiving
testimonies of moon sighting.
Usually, if the
committee gets enough credible testimonies, Eid is announced. But this unique story
had another side. Despite the zonal committee getting 24 testimonials from
Peshawar, and 15 from Mardan, the central Ruet-e-Hilal committee announced Eid
to be on Monday, Aug. 20.
The zonal committee
protested and complained that the central committee had not even considered the
testimonies, whereas the central committee regarded them as improbable.
When all was said and
done, the Khyber Pakhtunkhwa government announced Eid in the province on Sunday,
Aug. 19. The central committee still stands by its decision of observing Eid on
Monday, Aug. 20.
At last the hassle came
to an end and three Eids were celebrated in one country, with North Waziristan
celebrating Eid on August 18, KPK province on the 19th and the rest
of the Pakistan observing on August 20.
Some people blame this
obscure confusion on the government, which left the public wondering, but others
blamed it on outside rivals who often keep creating problems and hurdles as Pakistan
strives for national unity.