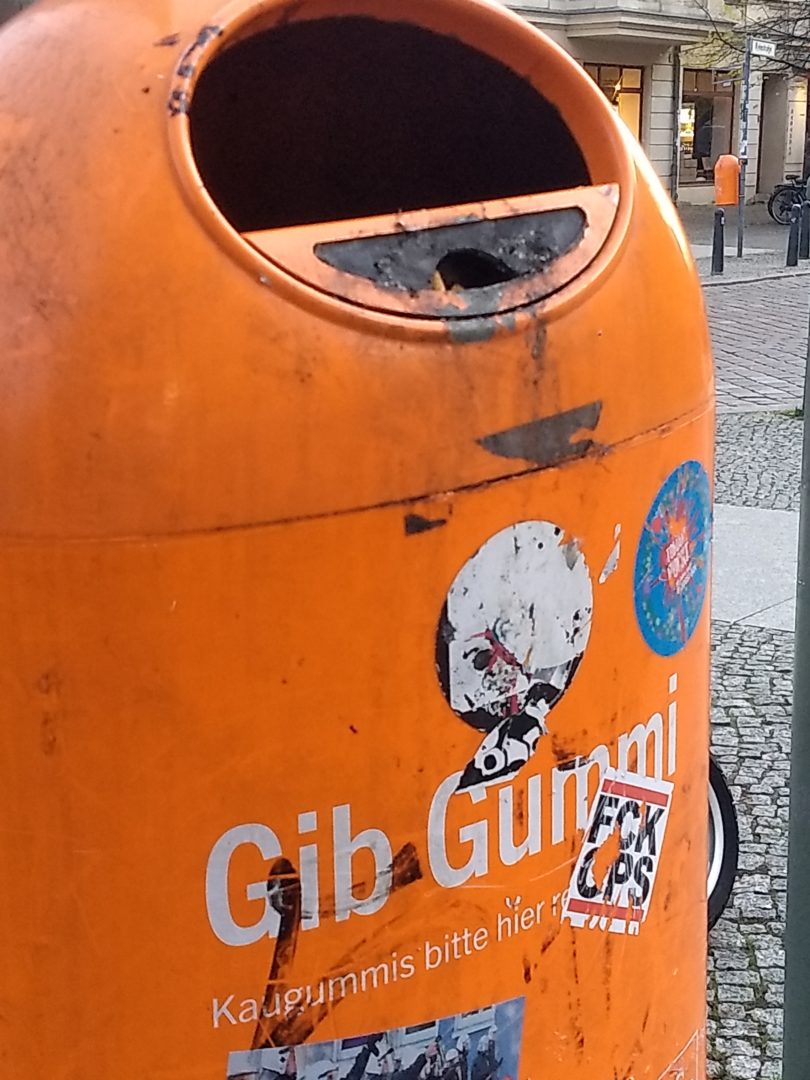 Almost every street intersection in Berlin has two trash cans on it to discourage littering. (Leo Bader/YJI)

BERLIN – The United States – one of the most powerful countries in the world – announced Monday that it would be formally withdrawing from the Paris agreement, an international treaty aimed at keeping the planet at a reasonable temperature.

President Donald Trump took this action just as an international group of over 11,000 scientists backed a study definitively confirming the existence and extreme dangers of climate change.

This action was purely politically motivated and regressive. We need the exact opposite of what the U.S. is doing. Right now, there is nowhere close to enough progress being made on climate change on all levels – governmental, corporate and individual.

Money is, unfortunately, the biggest motivator in today’s society, so countries need to use it as a means of sparking significant action. Incentives need to be created to give the world a concrete reason to take action.

A carbon tax would be an incredibly efficient method of incentivizing companies without creating an aggressive financial strain on them.

The main reason for Trump’s withdrawal from the Paris Agreement was that it would “impose intolerable burdens on the American economy,” according to Secretary of State Mike Pompeo.

But carbon pricing would do the exact opposite of that. It would generate revenue for the government, which can subsequently be put into deficit reduction and other projects.

Adele Morris, an economist and expert on climate and carbon pricing, wrote in her 2013 report for the Brookings Institution that “by providing simple, transparent, but powerful, market-based incentives to reduce damaging greenhouse gas emissions, this levy could supersede the array of costly regulatory command and control approaches aimed at reducing dependence on fossil fuels and promoting clean energy.”

The idea of a carbon tax has been spreading around the world in recent years, and several countries have attempted to implement it.

An exemplary instance is Britain. In 2013, Parliament created a carbon price for certain sectors, including electricity. Statistics, detailed in an April 2 report in The New York Times, showed electrical companies rapidly moving away from coal, and greenhouse gas emissions dropping to the lowest point since 1890.

On an individual scale, low-carbon living should present a direct reward, and wasteful living should be penalized. Actions such as recycling consistently, using a fuel-efficient car, or even better, no car at all, need to be incentivized, purely because not everyone is strong-willed enough to make those changes.

Some countries have already begun to implement policies like this. Canada’s Climate Action Incentive Fund, which came into effect earlier this year, taxes residents of certain provinces in the form of increased fuel and heating prices. The revenue from those increased prices then goes right back to the residents of those provinces.

On average, residents get between $250 and $600, depending on what province they live in. In a nutshell: fuel and heat cost more, incentivizing people to cut down on the two, and as a result, money is given directly to residents who participated.

But the problem with incentives such as the those created in Canada and Britain is that people often only hear the first half of the sentence – that the price of fuel and heat will go up—and then claim that the policy is unfair.

This has created legitimate obstacles in the introduction of climate legislation. Australia and France abandoned plans for climate policy after public backlash in 2013 and 2016, respectively.

Even though we might see prices marginally rise with new climate policies, they have to be looked at on a broader scale.

“Failing to account for the cost of pollution is what is unfair. Appropriately pricing pollution is a fair and efficient way to tackle climate change,” said climatologist Rick Duke of the Brookings Institution in a recent interview with YJI.

The biggest issue is that climate change is a global problem. Everyone has to work together to make a dent. That is why the Paris Agreement was hailed as a landmark – it was signed by 197 countries when it was created.

Now those countries have to follow through and team up to introduce comprehensive, concrete legislation that unites everyone with a common goal. And the U.S. has to be a part of that.