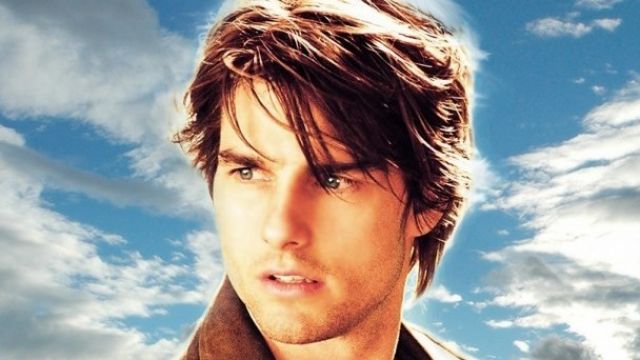 A review of “Vanilla Sky.”

SINGAPORE — “You’re so lucky!” my friend gushed.
“Me? Hello, I’m going for Vanilla Sky, not Tom Cruise,” I answered.
Vanilla Sky’s interesting trailer “LoveHateDreamsLifeWorkPlayFriendshipsSex” sent my heart a fluttering, not the blown-up poster of Tom Cruise with his tousled hair.
My horoscope read: There’s luck this week but you’ll need to do your homework if you are to get the most out of it.
I took a gamble, cut out two New Paper mastheads and won one of 188 exclusive invitations to the gala premiere in Singapore of Vanilla Sky, with Cruise, Penelope Cruz and director Cameron Crowe in attendance.
Then, reality sank in. 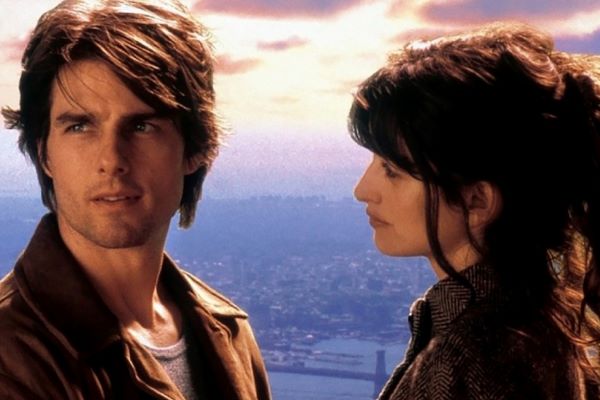 Oh my God, I was to be in the same movie theatre as Jerry Maguire, Ethan Hunt, Ron Kovic — and his current muse, Spaniard Cruz (that’s the spoiler).
Ok, I’m not jealous. I’ve never been a prepubescent obsessive fan of Hollywood celebrities (charismatic Elijah Wood is an exception). Hollywood is a haven for tarted-up actors posing their slender frames cat-like, and purring for the cameras and giving fleeting waves a la Queen Elizabeth II.
Newspaper hype announced the stars’ whirlwind Asian tour and added to my anticipation of catching this blockbuster.
So at 7 p.m. sharp on the night of the premiere, the stars walked a long red carpet — with Cruz in a low-cut evening gown flashing her pearly whites — waving enthusiastically, giving hearty handshakes, chatting up with fans who had queued for ages and signing autographs on teddy bears, posters, cameras and bags.
Cruise was undeniably charming and down-to-earth for a good hour and 45 minutes.
Hordes of adolescent fans screamed and almost crashed the barricades.
The girl beside me started crying. Shouts of “Tom Cruise, marry me!” and posters with “My Mom Says Ure Invited 2 Dinner” made me awestruck.
Based on Spanish director Alejandro Amenabar’s 1997 “Abre Los Ojos” (Open Your Eyes), Vanilla Sky revolves around David Ames (Cruise), a young, dashing and freedom-loving New York City publishing magnate with an unquenchable thirst for success.
He is a Casanova snowboarding through life, without giving a thought to his responsibilities or consequences of his actions. Julie (Cameron Diaz), his sometime girlfriend, is clearly besotted with him.
At a party, David meets and falls in love with the girl of his dreams, Sofia Serrano (Cruz), a Spanish dental assistant.
Sofia’s boyfriend, Brian (Jason Lee) is a writer and David’s best friend and client. David begins wooing Sofia with his wit and charm but she refuses his advances.
Julie becomes jealous and takes David for a drive the next day. She crashes the car into a tree and dies. David survives the crash and winds up facially scarred.
Like Emerson’s “The things of a man for which we visit him were done in the dark and cold,” David learns that when you meet tough situations, you have to be tough and begin serious soul-searching, constantly haunted by the meaning of happiness.
Sofia declares her love for him and he undergoes plastic surgery to rebuild his face. When mind-bending, strange things begin to happen again, he realizes that his life has taken a turn beyond his control but discovers the precious, ephemeral nature of true love.
Uber-director Cameron Crowe (Jerry Maguire, Almost Famous) is a one-man hit machine. His brilliantly provocative and exasperatingly sensationalistic directorial style ensured the film reel never fast-forwarded to Madame Butterfly predictability. Instead, Vanilla Sky is emotionally-charged and deep with lots of symbolism.
The air positively hums when Cruz and Cruise share a frame.
You wonder if their hush-hush romance in real life – Cruise filed for divorce last February from wife of 10 years, Nicole Kidman – is translating into screen chemistry, as if fireworks between the two are not enough.
However, the mile-a-minute pace is the movie’s Achilles heel. Characterization is crude to the point of caricature, an annoying Crowe trait.
Cruise, though, proves an intense actor with a unique ability to tackle complex characters.
Rarely does an audience come face-to-face with the actual subjects of stories. The movie doesn’t lull you into a fantastical world but reconnects you with reality – a long-forgotten important one – and reveals more about the process of human engagement than anything else.
Vanilla Sky is a type of movie that leaves a bad taste in your mouth but only because you have a healthy conscience.
As the closing credits rolled, thunderous applause and shouts of “Bravo!” ensued.
Tom Cruise turned around, gave his megawatt smile and bowed.
And, I swear, he winked at me.
Or was it a smug grin?