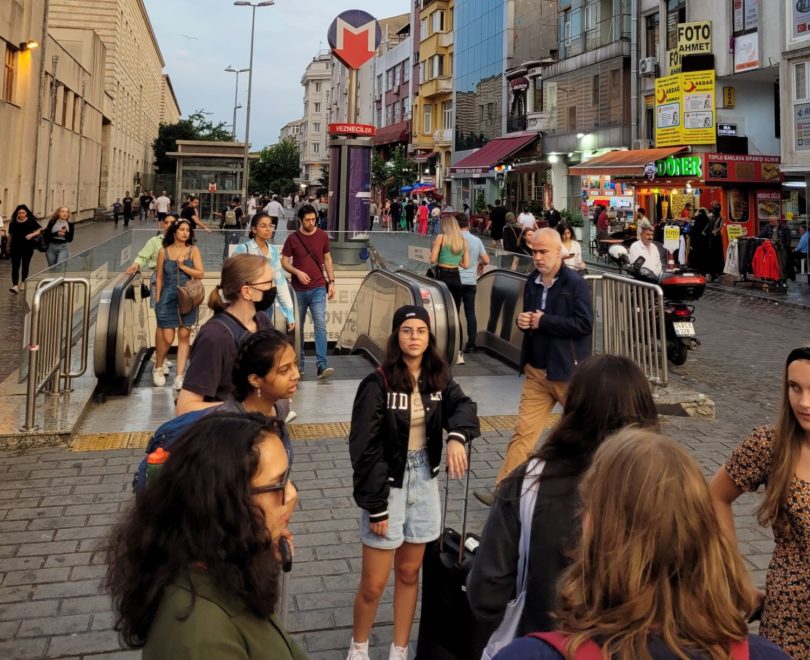 When discussing our clothing choices before the Youth Journalism International Global Conference in Istanbul this summer, Turkish students automatically assumed that foreigners were afraid of sexual assualt – modest clothing choices weren’t dictated by professionalism, but by fear.

Of the two of us, Lina always knew that Türkiye wasn’t the safest place for women, but it wasn’t until fellow students implied that they were worried about assault that it truly dawned on her that her beloved country had a distinct rape culture.

Turkish students recalled when foreign students asked what clothing would be safe to wear while traveling the city.

Men in Türkiye, especially in some areas, feel like they have control over women – they stare, shun, and shove when women wear shorts and crop tops. It continues to perpetuate the notion that women’s clothing dictates their successptibilty to rape or assault.

But clothing isn’t the issue.

Men would grope anyone, regardless of what they were wearing.

It isn’t Türkiye as a country, it’s simply the fact that sexual assault is a global outrage.

Turkish students at the conference felt guilty that their friends were concerned about being assaulted in their country.

Lina knew that this fear was not her fault – people are assaulted every day around the world – but it didn’t halt the guilt. She knew people would have a poor impression of Türkiye because of this.

Even if we publicly shame an assailant and report his gross behavior, it would only be after the fact.

In that scenario, women like us would still be dependent on the men around us to beat up the attacker – physically defending ourselves would be far too dangerous.

There’s simply no way to prevent assault, and we go to sleep knowing that it will continue.

It’s a never-ending global cycle of assault with no end.

Lina Köksal is a Correspondent with Youth Journalism International from Istanbul.

Sreehitha Gandluri is a Correspondent with Youth Journalism International from the United States.