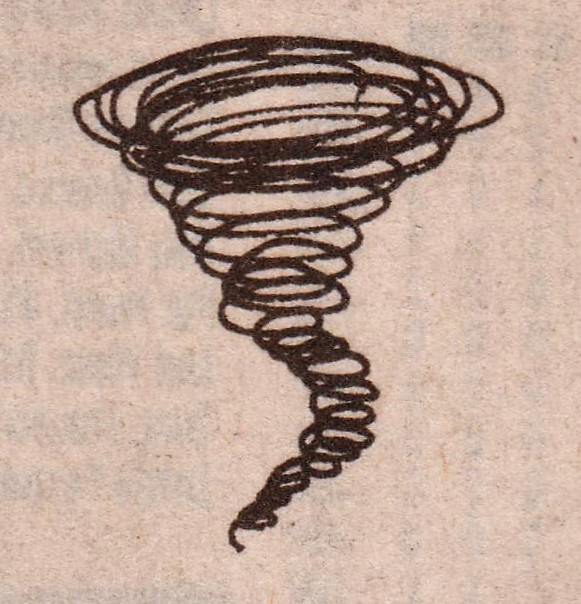 BRISTOL, Connecticut, U.S.A. — It seems like every time I turn on the television lately, someone is going on and on about the wonderful special effects in the new summer blockbuster Twister.

Since I am interested in the workings and the destructive habits of natural phenomena such as tornadoes, I had to see it.

Everything people said was true. The effects used to create huge tornadoes and debris were amazing.

In any case, they were a definite step up from the former tornado technology, such as the one used in The Wizard of Oz.

But I just wasn’t convinced. 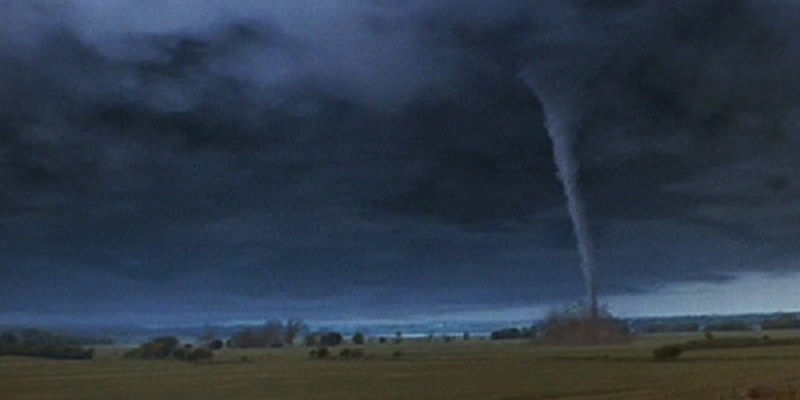 In the movie, Helen Hunt and her co-star, Bill Paxton, survive a series of four potentially fatal tornadoes, all of which traveled directly over their heads.

During one, they were sheltered by a rickety wooden bridge , another by just a truck they were in, which did several rotations but never lifted off the ground.

But the last one was the hardest to believe.

The two co-stars ran with the twister at their heels through a field. Even though the tornado was moving large metal objects all around them, neither star got tossed about.

In one last final act of total fantasy, the co-stars survived an F-5, the strongest of all tornadoes, tied simply to iron pipes by leather straps, even though entire buildings were flying away with the greatest of ease.

I will admit that the special effects were entertaining, but did anyone who made or reviewed this movie realize that most of the events that shape the plot are physically impossible?

While the story could keep a viewer interested, it detracts from the plot if what is going on seems unreal, especially when it’s supposed to be true to the lives or real tornado chasers.

If you like a good love story or action movie, and don’t care if it makes sense or not, Twister will not be a waste of your $6.75.

But if you want to see the real gut-wrenching drama and fatalities that go along with the destruction a true tornado brings, don’t even bother.

If you want to see what real-life tornado chasers do, which doesn’t have anything to do with risking life and limb by putting themselves in the path of death, National Geographic can tell you all about it.

There may not be a love story involved, and people might die, but at least it’s true to life.