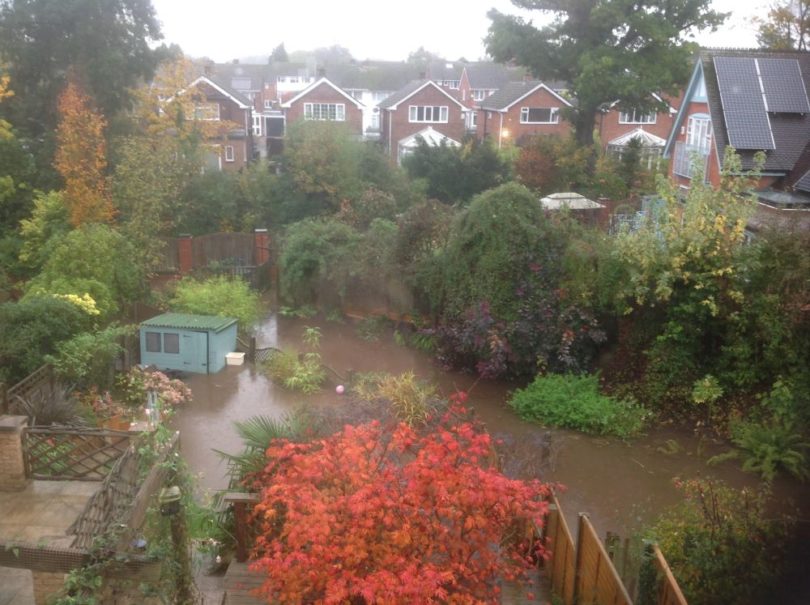 Flooding in the author's back garden last year. (Charlotte Kelleher/YJI)

This was indeed the case in 2019, for although the days could be hot – with the highest heat being 38.7 C on July 25 – rain continued throughout the summer.

Like all other British people, I was used to these days of rain, but we were not prepared for the constant and heavy rain continuing and the floods that caused people to be trapped in their homes and even a town having to evacuate.

The Derbyshire town of Whaley Bridge had to evacuate as a dam, close to bursting, presented a danger to the public.

By mid-June last year, almost 700 homes had been evacuated.

I expected this year to be similar. Our village prepared for the kind of flooding that we had previously.

Therefore, it came as a shock to me when a heatwave hit the whole of England.

Highs of 37.8 degrees Celsius (more than 100 degrees on the Fahrenheit scale) were regular. A red alert was issued for beaches as the UK was experiencing the hottest day in August in 15 years.

The nights, with highs of 22.3 Celsius (about 72 degrees Fahrenheit) were some of the hottest in England since August 1990 and people were now complaining about the weather.

I was confused. The weather in England was now equal to the temperatures in France. But in France, everyone happily enjoyed 33 degrees. Why was it such a burden in the UK? 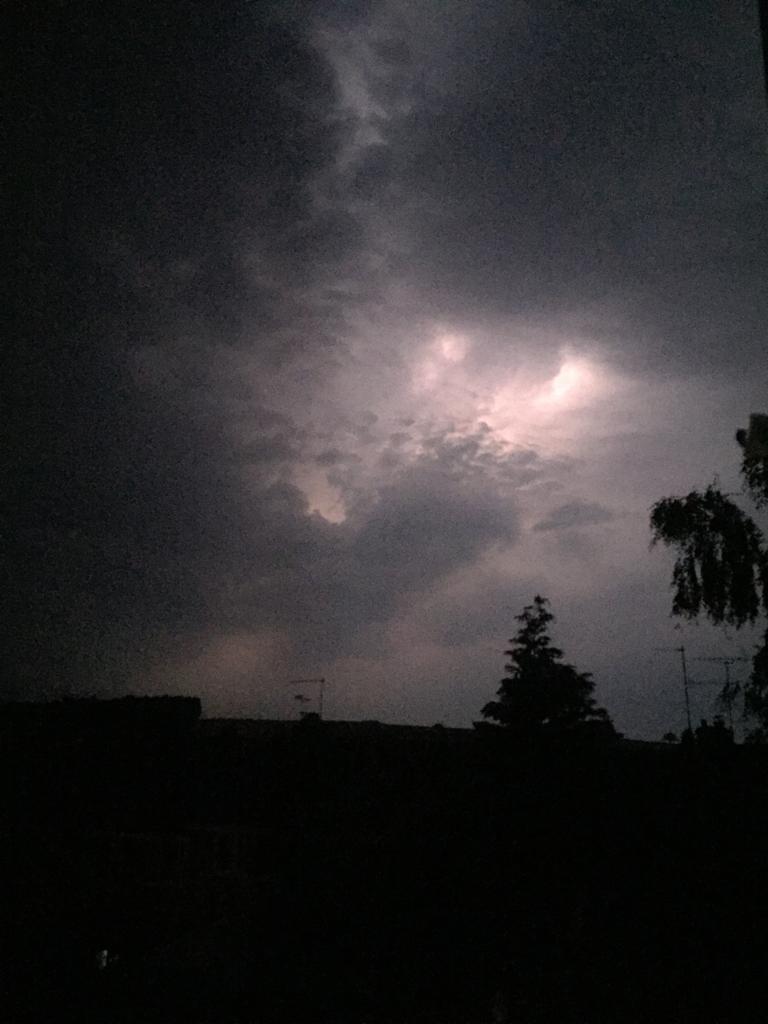 A lightning storm this summer in England. (Charlotte Kelleher/YJI)

This, I discovered, was due to the incredibly high humidity levels that are continuing throughout the UK, where we’ve had 85 to 90% humidity recorded.

This is much higher than the average levels of 60% humidity and this is causing the unbearable weather.

The evenings were also extremely humid, but thunderstorms became regular each night, with lightning and thunder not impacting the stifling hot weather.

This was so different from last year, but both years have given us extreme weather conditions.

So why has the UK been experiencing such extreme conditions?

Climate change is the long-term change in the overall weather that a region experiences, and it is upping the number of floods within the UK.

Meanwhile, global warming is increasing the temperature of the UK so that I, like many others, are experiencing stifling heat that we have never felt before.

These facts mean that unless we do something, these sudden floods and humid heat will continue as time goes on, more severe with each year.

Charlotte Kelleher is a Junior Reporter with Youth Journalism International