HONG KONG – It’s the end of October, which means that Christmas and New Year are coming, for those who celebrate them. It also means Halloween, trick-or-treat and costumes that make characters come alive.

Another thing that will come alive this Halloween is the Harry Potter story!
Author J.K. Rowling decided to make Harry Potter fans happy and publish another short story related to the magical world of wizards and witches, after the one published in July 2014 was a success.
That 1,500-word story from this past summer was presented as an item in the Daily Prophet by gossip correspondent Rita Skeeter.
It’s an absolute delight for those of us who devoured the Harry Potter books in one breath.

Rowling created a crossword puzzle which, when solved correctly, would reveal a scrambled word that would tell the readers the subject of the new writing. The letters obviously form the word Azkaban, which, in the books, was the wizards’ prison. Azkaban inspired fear in everyone, as it was guarded by the Dementors, creatures that would suck one’s soul and leave that person ultimately empty.
What could the next story possibly be about? Will it be related in any way to the previous story about Dolores Umbridge? How will it be related to Azkaban? Will Azkaban still be as we knew it from the books and movies or will Rowling present it to us in an entirely new way?
As for now, I can only make possible interpretations and assumptions.
I can say that it will possibly be about Harry and his friends being incarcerated in Azkaban, as well as I can say that Azkaban will possibly be used as a school, because Hogwarts was destroyed by all the magical animals it hosts in its walls and pipes.
I could speculate that Azkaban was transformed into a giant pumpkin, because the Harry Potter world also celebrates Halloween and all sorts of paranormal activity (well, as paranormal as something can be in the non-muggles’ world) and it may as well be believed – until the story is published tomorrow and the real plot is revealed.
Stay excited. There are only a few hours left!
Olga Gutan is a Junior Reporter for Youth Journalism International.
***
Your tax-deductible contribution can help support this nonprofit at
www.HelpYJI.org 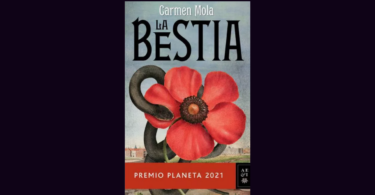 Olga Gutan is a Junior Reporter with Youth Journalism International from Chisinau, Moldova.