In that world, I’ve lost my real values and identity because I didn’t challenge myself, leaving me passive and indifferent towards many of the changes happening in society today.

One solution is a return to liberal arts, which have always urged new generations to understand their potential and to use their talents and learning to create a better world.

But where did liberal arts come from and why is it so relevant today? 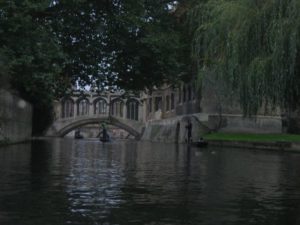 The answer lies in the past. Back in the Greco-Roman world, liberal arts provided the foundation for the teaching method that was used, encompassing the “Trivium” of grammar, rhetoric and logic.

Later on, in the Middle Ages, the “Quadrivium” was added — arithmetic, geometry, music and astronomy — to create a curriculum of seven liberal art subjects.

These subjects formed the base on which many modern universities created their more complex curriculum.

The importance of liberal arts today can be explained with the Socratic Method, created by Socrates more than 2,400 years ago. It remains the foundation of education.

In this method, the Greek philosopher creates an exchange between two people, better known as a dialogue, during which one person asks questions and the other answers. The two main elements are the discussion and the feedback.

Although it may seem superficial, Socrates saw in this method a way to create critical thinking which, consequently, creates a more well-rounded individual.

That constant exchange of ideas and links between different disciplines nurtures critical thinking.

That’s what liberal arts is.

In the United States, higher education reaches back before the founding of the country itself, with Harvard University founded on a model based on Oxford and Cambridge universities in England.

By the end of the 1900s there were 540 liberal arts colleges in the United States. Most of them are small, private universities with a carefully selected student body.

Though their student numbers are quite small, the programs they offer are extremely broad. They generally offer courses in many disciplines in order to form well-rounded graduates.

Liberal arts are booming in many places.

The Netherlands, for instance, has created a new liberal arts curriculum based on U.S. schools.

Because of the new emphasis on this education model, I have been lucky, as a student of my generation, to understand the changes taking place today – and how they can help society’s future.

During antiquity, students were taught to see from a wide point of view, based on their education and position in society.

Today, we would call them global citizens.

Liberal arts colleges can create more of them, a much-needed counterpart to the artificial intelligence and social media-driven emphasis that so many people get caught up in.

Maria Dirce Rebecchini is a Reporter for Youth Journalism International.

Maria Dirce Rebecchini is a Reporter with Youth Journalism International from Rome.