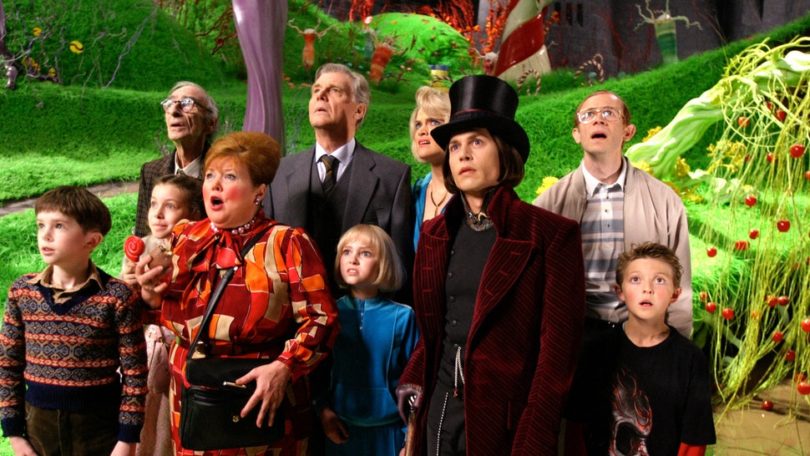 BRISTOL, Connecticut, U.S.A. — The debut of Tim Burton’s Charlie and the Chocolate Factory, not only had moviegoers switching from popcorn to chocolate, but also made a sweet treat for the box office, with a gross of $55.4 million, pulling it out of a downturn that has lingered most of the year.
Johnny Depp stars in this flavorful flick, as Willy Wonka, the only slightly eccentric candy maker himself. Freddie Highmore plays the lovable Charlie Bucket.
You may remember this pair from their first movie as partners, Finding Neverland. 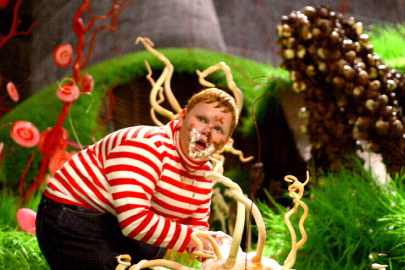 Both return in this adaptation of Roald Dahl’s classic children’s novel of a young boy who defeats all odds, no matter how bleak the situation and eventually comes out on top, with just a hint of quirkiness along the way.
We all remember the original movie, Willy Wonka and the Chocolate Factory, starring Gene Wilder, and the candy-coated story that went along with it.
Director Tim Burton decided to distance himself from the first version of the story, and wanted to stay as true to the novel as possible.
In this movie, not only do we see Charlie’s story, but we also see Willy Wonka’s, as Burton answers the questions left to the imagination in the first movie. And it’s not quite as sweet as a chocolate factory might be.
Burton takes this movie a bit deeper, and a bit darker, than the original movie had done, while leaving us with a surprising and completely new ending.
All in all, it proved an amazing new take on the classic story, with an excellent cast and a most intriguing story line.
I give it two scrumdidlyumptious thumbs up!

Julia Cocca is a Reporter for Youth Journalism International.