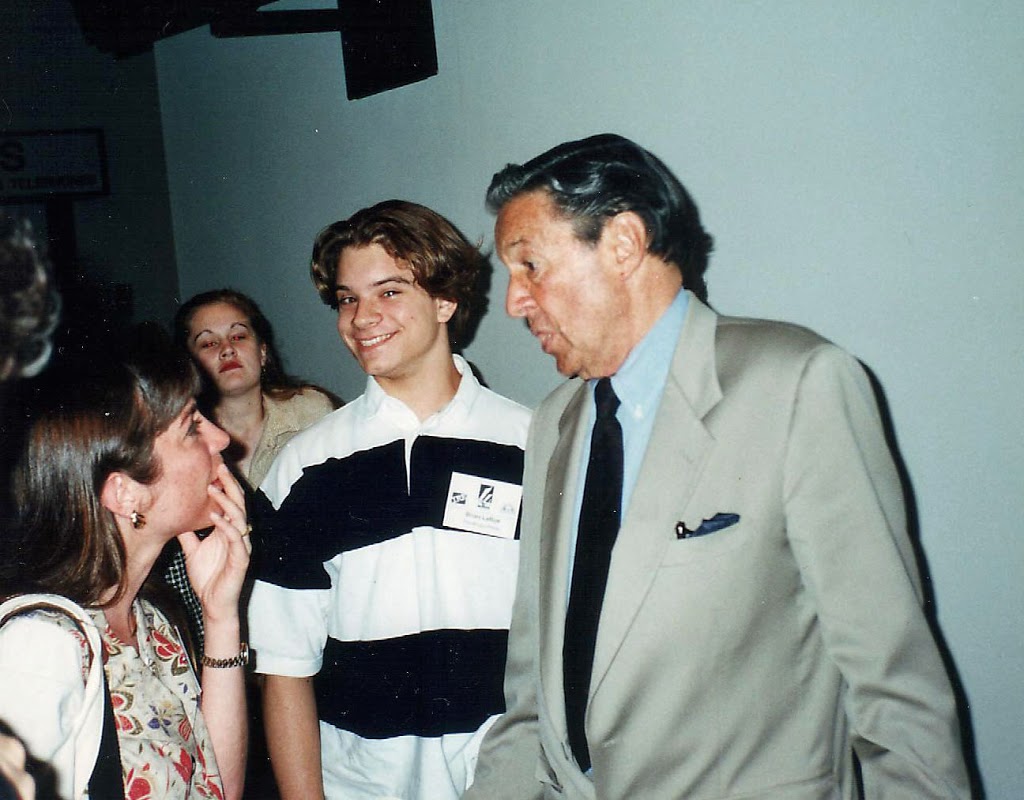 YJI’s Brian LaRue is pleased to meet Mike Wallace of CBS at a June 1996 Investigative Reporters and Editors, Inc.  conference in Providence, Rhode Island. Looking on in the background is YJI alum Corrie Balash. (YJI)

Like many who care about serious journalism, we were saddened at the death Saturday of the legendary journalist Mike Wallace, who helped start the CBS signature news show, “60 Minutes.” Our remembrance  is from June 1996, when YJI co-founders Steve Collins and Jackie Majerus brought two students, Brian LaRue and Corrie Balash, to an Investigative Reporters and Editors, Inc., conference in Providence, Rhode Island. There, the two young reporters got a few minutes with Wallace, who was a featured speaker. Brian, now the managing editor at Adotas in New York City, called Wallace “an American hero and an irreplaceable voice in the media” and shared this memory of their encounter: 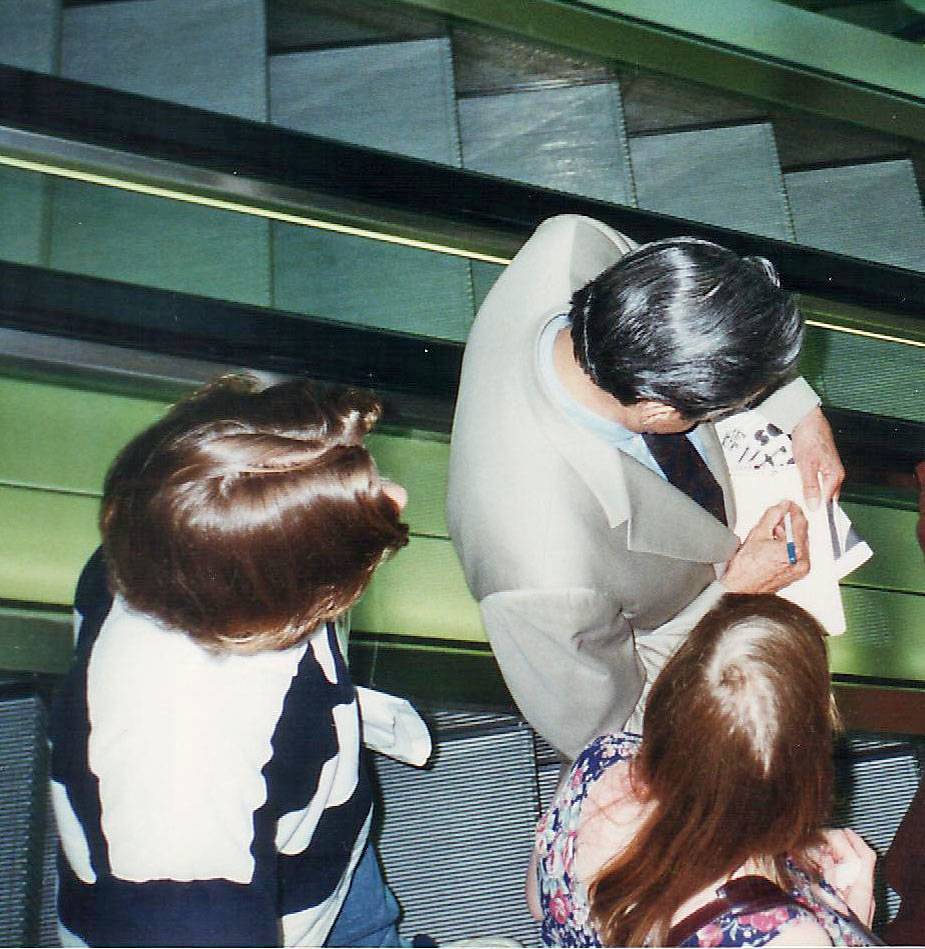 I met him once, when I was 15, at a journalism conference. Jackie Majerus, one of my early mentors in journalism, pretty much dragged me over to talk to him, as I was really not good at talking to people at that point.
I asked him to sign one of my notebooks. He obliged and offered a few encouraging spoken words.
After he walked away, I looked down at my notebook, where I read, “Brian — Beef! Mike Wallace.”
I was perplexed. “‘Beef?!’ What the hell is that??”
Thought about it for ages. Why would Mike Wallace just say ‘beef,’ apropos of nothing?
Four years and change later, when I was clearing out my bedroom in my parents’ house to move into my first real apartment, I found that notebook, found that signature, and realized, “Oh! — ‘Brian — Best! Mike Wallace.'”
So, yeah. Thanks for all those decades of service, Mr. Wallace. Beef, sir. 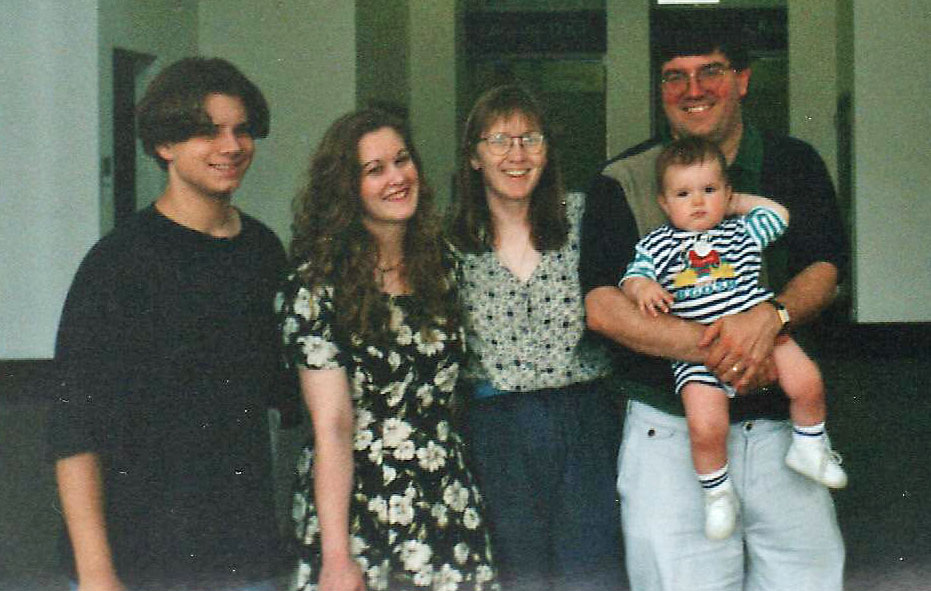