HASTINGS-ON-HUDSON, New York, U.S.A. – What are the dreams of an athlete?

Is it to win a national championship or to win gold in the Olympics?

The dream of winning by playing fairly and by the rules has been cheated and corrupted by the use of steroids. 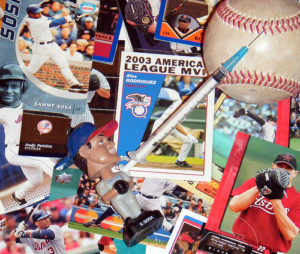 Many athletes don’t have a fair chance playing against those who take steroids. Not only are dreams of glory being smashed by this type of cheating, but fans of the athletes taking steroids are losing interest in those players.

The latest titan to fall was baseball hero Alex Rodriguez of the New York Yankees.

“It is going, see ya!” an announcer shouts. “A two-run shot for Alex Rodriguez!”

A-Rod is one of the most loved and most powerful baseball players in the world.

From sea to shining sea, baseball players big and small (in A-Rod’s case, really big) wanted a jersey with the number 13 because A-Rod was their hero. But now, millions of fans feel disgust in knowing that their idol, their role model, is nothing but a cheat.

The main purpose of an athlete is not to win titles, but to be a role model for young people. The lessons they teach should not only be about sports, but about how to be a champion in the game of life.

When sports heroes take steroids, it teaches young athletes that they have to change and damage their body to be the best. That’s cruel and awful.

So A-Rod, as athletes, we are angry with you and disappointed in your actions.

You have to apologize to all the kids in America and the dreams you took away from them.

Athletes around the world that don’t take steroids work extra hard to impress their coaches, their fans, and themselves.

But when somebody takes steroids, they not only disappoint their fans, but they also let themselves down.

Luke Pearson is a Junior Reporter for Youth Journalism International.