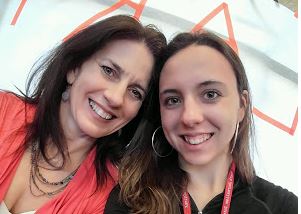 YJI reporter Garret Reich, on the right, in a selfie with her mom, Anita Reich, at a campaign event in Iowa in January. 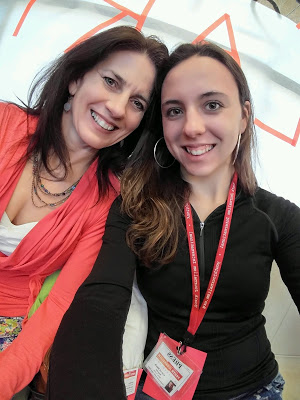 YJI reporter Garret Reich, on the right, in a selfie with her mom, Anita Reich, at a campaign event in Iowa in January.

GLENWOOD, Iowa, U.S.A. – As a proud student journalist following the 2016 U.S. presidential election, I have one question for the candidates in the race.
As a 16-year-old, I cannot vote for my next president. I have four years before I will have that opportunity. And I am not the only one. In 2014, the United States Census Bureau determined that 23 percent of the population also cannot yet vote.

Having said that, I am still learning. I fully accept that. Everyone around me has a variety of opinions.

My mom is voting for Bernie Sanders, the U.S. senator from Vermont who calls himself a Democratic Socialist. My dad supports Ted Cruz, a conservative U.S. senator from Texas running for the Republican nomination.
Someone whose opinion I value highly is voting for the Democrat, former U.S. Secretary of State Hillary Clinton, and my town is filled with paraphernalia for Ben Carson, a Republican neurosurgeon who also hopes to be the party’s nominee.

That is why I am here to ask all of the candidates – regardless of political positions, biases and voters’ opinions – why I matter.
Why do all of us who are unable to vote for any candidate matter to the 2016 election?
The next president will influence how much I will pay in taxes from my paycheck, how I will pay for college, and how much money I will  make.
But I can’t contribute my vote as a citizen to choose who will be making these decisions.
Since I can’t vote, my name is irrelevant to anyone campaigning in primaries, caucuses or even the general election
This alone has kept my generation from getting involved. I see my peers choosing not to be interested, not watching the debates, and not watching our political process evolve because our votes do not yet matter.
However I, and the majority of high school students in this country will be the next voting generation.
That is why I want every candidate to answer this: “Why do we matter to you?”
Garret Reich is a Reporter for Youth Journalism International.
***
Your tax-deductible contribution helps students
supported by this nonprofit. Thank you.
www.HelpYJI.org