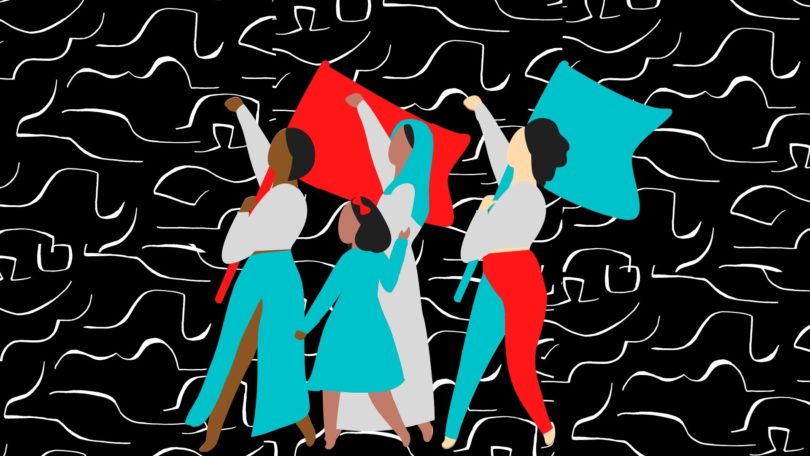 Law, especially law about rape and sexual assault, can sound intimidating, difficult to understand, and so maybe not worth our time.

Yet laws about sexual assault both reflect and shape what we think about the topic. Denmark recently went through an examination of its own laws.

While consent is a word we may have all been hearing a lot recently, it is not one that has been heard much in Danish courts. Historically, Denmark’s laws on rape have not included ‘samtykke,’ or ‘consent’ in English.

In December 2020, Denmark passed a reform to use consent as part of the rape legislation, wrote Jørn Vestergaard, professor emeritus on the faculty of law at the University of Copenhagen.

Helle Jacobsen, a senior advisor on gender at Amnesty International Denmark, explained the importance of the change in an interview with Youth Journalism International.

What is changing? Proof of violence

Before examining what consent means, it helps to look at the old laws and what they meant for victims.

For an act to be legally classified as rape, Danish law required the use of violence by the perpetrator. It was also required for the victim or actively fight against or object to the rape.

Some may find this definition straightforward and somewhat logical, but after scratching beneath the surface, it is possible to see what makes this so ineffective and problematic.

Survivor victimized by assailant and again by the court

The old law’s focus on physical violence – and the threat of it – doesn’t take into account that psychological factors also play a role in rape. Evidence of violence is complex and difficult within courts.

Kirstine Holst is a survivor and founder of voldtægtsofres Vilkår, an organization protecting the rights and treatment of victims in Denmark.

Through her own experience in the court system before the new law was passed, Holst described how difficult rape cases can be, even when there is evidence of physical violence. She explained how this evidence is treated by the police and courts.

Although Holst did experience the physical violence that fits the old legal category of rape, the way her evidence was treated by the police and courts resulted in her perpetrator being acquitted.

“There was evidence that he actually lied in court, but the police had not investigated, for example, my nightdress.”

She said police had the garment in their possession.

“But they did not look at it because he said I was naked, and we had sex and … I took my own clothes off. But if the police had investigated my dress and underwear they could see that it was my explanation that was the right one, that I wore it all but [he] pulled it apart.”

Holst went on. “Later on I actually had it examined by a forensic expert at my own cost … and you could see … everything as I explained, but it wasn’t a part of the case because the police had not investigated it.

“I asked them why and they told me that it was because when they asked him under the integration how [I was] dressed or not, he said he couldn’t remember so that’s why [police] decided not to examine it, because then it wasn’t relevant. Then he changed his explanation in court … because he knew that they had this list of evidence and that the dress wasn’t a part of it so he could just change his explanation.”

In appealing the acquittal, Holst asked for the nightdress to be examined. The district attorney declined the appeal – the case was too difficult to investigate because she knew her perpetrator.

Holst is someone who was failed by the old law.

“The court actually admitted I hadn’t consented to this intercourse, but the violence wasn’t severe enough,” she said.

Even when physical violence did take place, she and victims like her were let down. Perhaps, if her case been put through this year, it may have gone through.

This legal way of thinking about rape affects the behavior of the police.

“In most rapes there aren’t any traces of violence, and maybe the violence and force are psychological. That is why the police had almost given up on these cases,” said Holst. “We had a law that made rape difficult to prove because most rapes are about a lack of consent and not about violence and force.”

The requirement to fight back

The second part of the old law – that victims needed to object or fight against the rape – is similarly problematic, with big consequences for victims.

Activists and survivors agree that to expect victims to fight back or object during rape is unrealistic and damaging.

During assault, many victims find themselves unable to resist or move, a condition called “tonic immobility,” a temporary state when a person is unable to move, believed to be a response to extreme fear.

Advocates say expectation that victims are meant to object to an assault is unfounded, ineffective and unrealistic.

Writing about the study, Swedish authors Anna Möller,  Hans Peter Söndergaard and Lotti Helström, all of the Department of Clinical Science and Education at the Karolinska Institute in Stockholm, found that tonic immobility was associated with the development of post-traumatic stress disorder and severe depression at six months post-assault.

“Knowledge of this reaction in sexual assault victims is important in legal matters and for healthcare follow up,” the authors wrote.

Holst and others suggest that the reason for the expectation that victims must fight back is because the laws are so old.

What about false accusations – can we really trust consent?

False accusations can happen, but they are not as common as many think.

According to information published in 20212 by the National Sexual Violence Research Center, which is based in the U.S. state of Pennsylvania, several studies showed false reports in sexual assault cases number between 2 and 7%.

The center’s report said rates of false reporting are “frequently inflated.” Cases considered false reporting include instances of insufficient evidence, delayed reporting, victims opting not to cooperate with investigators and inconsistencies in the victim’s statement.

There is still work to be done – the laws are still far from perfect.

Amnesty’s Jacobsen emphasized the need for schools to educate about consent.

For her part, Holst is focusing on better laws, for protecting young people from predatory relationships with much older people such as teachers. She said these laws are coming.

Jacobsen said it will take time to see the empirical effects.

But there is a clear feeling of pride from these activists who pushed for the change.

For its campaigners, consent in law carries a meaning far beyond the dictionary definition – it represents a shift in the mindset for the entire legal system, a shift that protects survivors in court.

This one word, in effect, can stop countless victims from being ignored. Seven letters draw the line of what is and is not acceptable – what we will and won’t tolerate.

Amy Goodman is a Senior Reporter with Youth Journalism International. She wrote this story and took the photos from Denmark.

Chuying Huo is a Senior Reporter and Senior Illustrator with Youth Journalism International. She made the cover illustration.