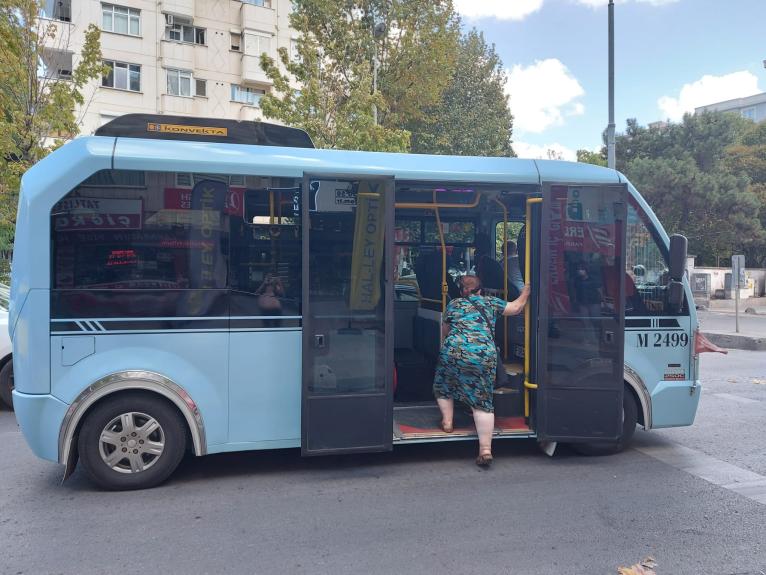 A woman boards a bus in Istanbul. (Lina Köksal/YJI)

Sexual assault on public transportation is so common here that Zeynep İskenderoğlu of Istanbul casually recounted her own experience.

Many women use public transportation daily, but even having many other people on a bus at the same time doesn’t stop sexual assault.

In an interview with Youth Journalism International, İskenderoğlu, a retired insurance professional, spoke about one instance as though she were discussing the weather.

Once on bus, she said, she was almost assaulted by a man who kept standing in front of the bus door as she tried to get out.

She was close to the driver, İskenderoğlu, and the man stood disturbingly close to her.

“I had to push him back, to get him away from me but the assaulter bumped into another passenger,” İskenderoğlu said. “The other passenger got mad with me and said he (the assaulter) was just standing close and doing nothing wrong.”

İskenderoğlu then told that other passenger that if the assailant wasn’t doing anything wrong, maybe they should change places.

It started to get tense on the bus.

“That’s when the driver decided to interfere and defend me. I don’t know why it took this long for someone to defend me,” İskenderoğlu said. “However, what I was truly mad about was the other passenger being on the attacker’s side.”

She slapped him as she exited the bus, she said, unconcerned about what he might do. But she did leave the bus one stop before her usual one, she said, in case he followed her.

She never reported this to the police, İskenderoğlu said, finding no need. It wouldn’t be worth the trouble, she suggested, and after all, she had handled it herself by slapping him.

“I was mostly mad that no one said anything,” she said.

İskenderoğlu said this incident, which took place decades ago, wasn’t the only time she endured sexual assault. Several other times, it was on public transportation, she said, but it also happened to her as a girl in school.

As a woman who has lived through sexual assault in Turkey many times, İskenderoğlu offered a bit of advice to teenagers just starting to venture out alone on public transportation. Though she didn’t blame women’s clothes for assault, she acknowledged reality.

Lina Köksal is a Reporter with Youth Journalism International.