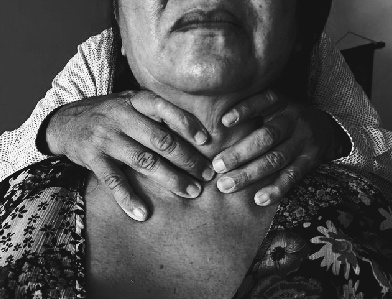 That’s what Carmina Ponce, a 16-year-old student in Mexico City said when describing her feelings about women’s safety.

This is a shared sentiment by many young women who are not safe on the streets in their own cities. Youth Journalism International interviewed young women in Mexico and Colombia about safety and security issues.

According to Mexico’s National Institute of Statistics and Geography, 145,000 sexual assaults took place in Mexico between the years 2014 and 2018.

Most of the victims of these attacks were women.

Colombia’s National Administrative Department of Statistics reported 91,982 cases of sexual violence against teenage girls between 2015 and 2019. The study was done with the help of the Plan Foundation.

These alarming figures translate into a general concern to keep girls from danger that transcends generations. From kids to parents to grandparents, it also leads to a disparity in the family rules placed on sons and daughters.

In a typical household here, girls are normally allowed fewer freedoms than boys.

“Although it is frustrating that parents don’t allow their daughters to do the same things their sons do, it comes from a good place, because it’s true that we are more in danger than men and because of that we must have different measures to protect ourselves,” said Mariana Ramirez, 18, from Bogotá, Colombia.

If anything ever happened to her while she was out, said Vanesa Vera, a 16-year-old from Mexico City, talking with her family about it would be tough.

“Talking to an adult, even your own parents, is difficult,” said Vera. “The feeling of remorse is always present, the fear that I’m going to speak up and they won’t believe me, that they think that I misunderstood or they won’t take me seriously.”

Whether it is walking down the street or riding on public transport, there’s a risk.

According to an online survey of women in some of the world’s largest capital cities, women in Bogotá and Mexico City had significant fears about using the public transportation in their cities, Reuters reported.

“I’m afraid of going out at night,” said Sara Mendez, 16, from Bogotá.

The survey, done by pollster YouGov with help from the Thompson Reuters Foundation, involved more than 6,000 women. Other cities where women felt most unsafe on public transport were Lima, Peru, and Delhi, India. Five of the largest capital cities – Cairo, Dhaka, Kinshasa, Tehran and Baghdad – were not included in the survey for various reasons.

Despite these fears, there is still a sense of hope and persistence that things will improve.

Every year on March the 8th – International Women’s Day – women from Latin America go out to the streets and protest for their basic rights, especially with regards to their circumstances compared to men.

At the protests, women also speak out on the topics of femicides, security, sexual assault, and the right to be believed.

Even with everything happening, many women are determined not to stop their lives. Instead, they try to  be strong and not let the circumstances get to them.

As Elisa Preciado, 16, from Bogotá said, “I have never been afraid to go out alone, the only thing I’m afraid of is covid-19 and that my dog gets out if its leash.”

Ana Fadul and Regina López are Senior Reporters with Youth Journalism International. Together, they did the reporting and writing for this story. López made the photo illustration, with help from Fadul.