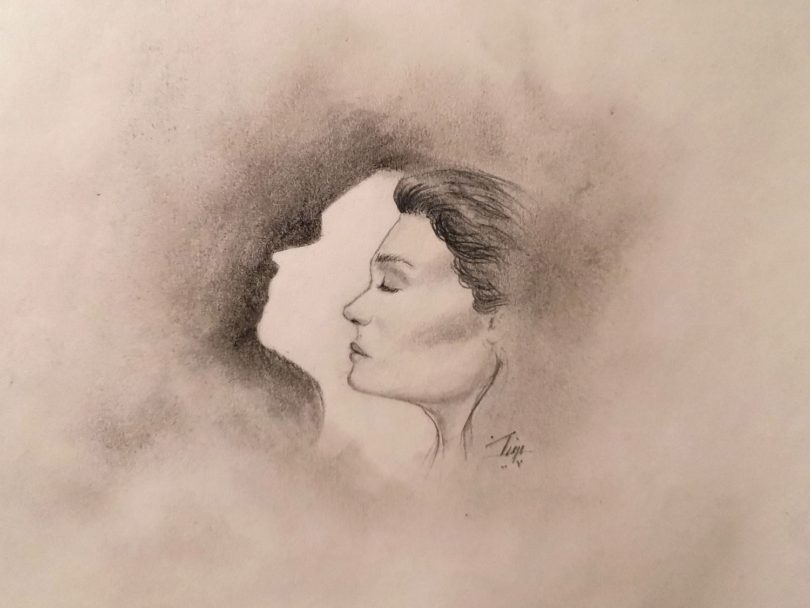 Growing up, Retta Timmons was really confused about love. Child sexual abuse and rape led her to a dangerous lifestyle of prostitution and alcohol abuse.

Leaning on her faith in God, found a way to forgive those who hurt her, learned what love is, and what it’s not.

“We accept abuse because we think we are unworthy of love,” Timmons said.

Timmons, now a 50-year-old motivational speaker and life coach, was born in Maryland, the daughter of a working mom and a drug dealing dad. Her parents couldn’t care for her, she said, so as a small child, they sent her to South Carolina to live with her aunt and uncle.

Around the age of 3 or 4, her uncle began touching her inappropriately. She said no one else was awake in the house when it happened.

Later, when she was about six, an older cousin exposed himself to her while other children were outside playing.

The good childhood memories of time spent on her paternal great-grandparents’ back porch ended when her great-grandfather asked her for “some sugar.” When she tried to kiss his cheek, he put his hands on her head and turned it so he could kiss her on the mouth, Timmons said. She felt his tongue.

She never went back until his funeral.

As about age five, Timmons moved back to Maryland to live with her parents in close proximity to her maternal grandmother and aunt.

Her aunt was dating a man in his early thirties, who was often visiting her grandmother’s home. He told her to come to the basement one night, after her aunt and grandmother were already asleep.

“I was always told to obey what an adult tells you to do,” she said. He made her touch him, then told her not to say anything because no one would believe her.

He kissed her, touched her, inserted his fingers into her body, and then raped her. This went on for several years, she said.

“I would cry in pain,” Timmons said. “I would bleed, I would literally just shake. It was like convulsions.”

After the abuse had been going on for some time, her aunt asked if the boyfriend was touching her.

She said she knew her aunt loved that man, Timmons said, and didn’t want to ruin their relationship. She denied he was doing anything. Her aunt never asked again.

“When you go through those things, there comes guilt, there comes shame,” said Timmons. “As children, we just want to love and be loved.”

Timmons spoke about the impact of sexual assault on a child.

“When you go through sexual abuse, you literally become an adult. You’re an adult in a child’s body.”

Children should learn correct names for their body parts, according to Timmons.

“Stop giving children these cute, cookie cutter names for their private parts,” she said. “If we give them the proper names, there is no question what our kids are talking about.”

In her twenties, said Timmons, she turned to prostitution, stripping and alcohol.

“My life began to just spiral out of control. I didn’t care about myself. I didn’t love myself.”

“In my mind, I thought that was how you showed love,” she said.

She sought out partners online, she said, and much of the sex was unprotected. She contracted several sexually transmitted diseases during that time, and feels lucky to be alive.

Timmons didn’t share her story or discuss her abuse until her late twenties, when she told a church member about her childhood sexual assaults.

In her early 30s, Timmons wrote A Beautiful Tragedy, a memoir revealing a lifetime of abuse. Just before its release, she told her father what happened to her.

Her father said he saw signs, but never said anything because he wasn’t sure. That’s when she learned that her father’s sister had been raped, too. It was generational – her own mother was raped by her uncle and molested by her grandfather, the same great-grandfather that wanted “some sugar” from Timmons.

“It ends with me,” said Timmons, who said she doesn’t suffer from flashbacks or trauma.

Her aunt, who had HIV, died. Concerned that the aunt’s former boyfriend, who had raped her, also had the AIDS virus, Timmons got tested. Luckily, she didn’t have it.

Everyone involved has died, except for Timmons’ grandmother and the aunt’s former boyfriend who raped her.

Years later, Timmons was on her way to her grandmother’s house and saw that the abuser was there.

“I said, God, are you really sending me to check on the house, or are you telling me to forgive him for what he has done to me?”

She asked God for the words to express.

“There have been times I’ve seen him before, and I wanted to kill him,” Timmons said. “I wanted to hurt him.”

Now, she wanted to forgive, even though he hurt her. She pulled over, parked, and prayed, then realized she was healed. He didn’t recognize her until Timmons introduced herself. Then he hugged her.

“I told the boyfriend I forgave him.”

The man told Timmons that God had punished him for his actions: he was hit by two cars and needed brain surgery, was temporarily paralyzed, and doctors had to reattach an arm and reinsert an eyeball into the socket.

Sreehitha Gandluri is a Senior Reporter with Youth Journalism International. She wrote this story.

Parnian Shahsavary is a Reporter and Senior Illustrator with Youth Journalism International. She made the illustration.