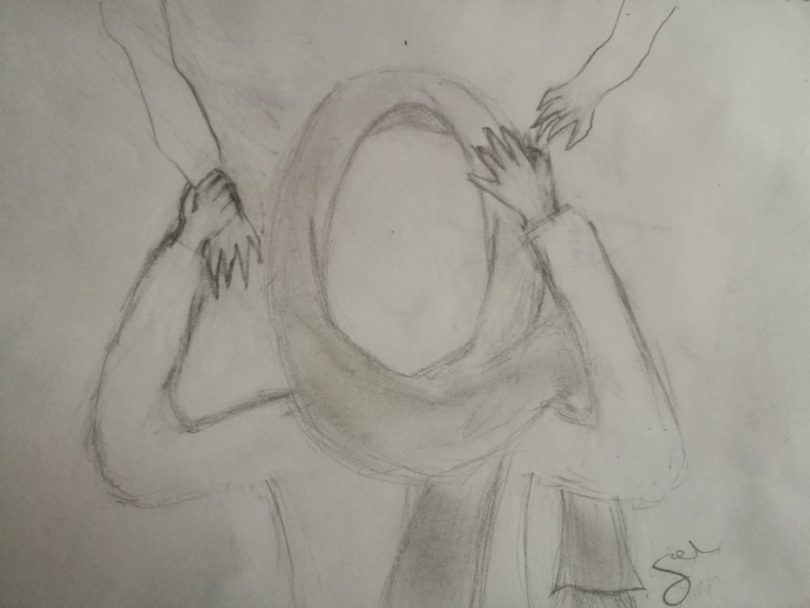 Suffolk, Virginia, U.S.A. – In the midst of a pandemic, our bodies have not just become a battlefront for the coronavirus, but for clashing ideologies.

While this truth has manifested itself universally in the way politicians and average citizens have failed to take the threat of the virus as seriously as they ought to, the truth is that women have been afflicted with this intrusion and disregard for their autonomy and safety for ages.

Though there are countless instances of this throughout history, recent examples are the actions taken by various European governments against a Muslim woman’s choice to cover her body.

Whether it be on the beach, a college campus, or a professional setting, bans have been instituted against the niqab, hijab, and burkini in places such as France, Austria, and lately, Belgium.

In June, the Belgian Constitutional Court made the decision to prohibit hijabs in universities, simultaneously proclaiming that the ban is not a violation of the right to religious freedom or human dignity.

This is merely one of many poor excuses and contradictory statements used to justify such legislation being passed, and all in the name of “liberating” women.

If “liberating” happens to mean “stifle Muslim women’s rights to self-expression and ability to comfortably perform acts of religious worship” then that would be a perfectly accurate word choice.

But it does not, and this ban only infringes on the rights that they claim to be fighting for – a woman’s rights to autonomy.

What exactly bothers them so much about a woman choosing to cover her body?

There is this preconceived notion that the purpose of the hijab is to subjugate women and to repress their freedoms and rights. Aside from the fact that this is entirely untrue, how would forcing women to uncover be any better?

The streets in Brussels were flooded with protesters in recent weeks and people showed solidarity on social media. The many brave women throughout the years who still continued to exercise their religious freedoms in the face of such persecution chose – by their own will – to cover their bodies and to fulfill this particular religious duty.

Most of all, they find empowerment in doing so.

I am one of them. And though I thankfully do not live in a place that has tried to forcefully strip away these particular rights from me, I feel the pain and anger of those who do, and I am familiar with the ignorant mindsets of people who look down upon our choice as merely a brainwashed acceptance to an act of repression, or more simply, a burden.

Back when I was in eighth grade, a girl who I went to school with – upon seeing my hair – commented that “it’s a shame” it had to be covered up.

She meant this as some sort of compliment, I’m sure, but the backhandedness of it left me dumbfounded. It was as though my hijab was a hindrance to reaching some full potential that society had set for me, in standards of beauty and appearance.

Why is it that freedom only lies in revealing one’s body? Why can’t society accept the fact that many women around the world are empowered by the opposite?

Why does society feel the need, in general, to control what people do to their bodies, with everything from written legislation to unrealistic, unhealthy beauty standards?

Anyone – whether or not they are Muslim or wearing the hijab – becomes subject to society’s incessant criticism if they even step a toe out of the boundaries of what it considers to be right and beautiful.

My hijab, first and foremost, is an act of worship to God that I choose to perform, and I am empowered by that very aspect of it. I am doing it for Him, and not to please anyone else, or to fulfill some standards that society had no business setting for me in the first place.

I, and many other hijabis out there, frankly don’t give a damn what anyone else has to say about our choices.

They’ve turned the female body into a war ground, and it will continue to be, until our rights are no longer transgressed. We can do our own liberating, thank you very much.

Salma Amrou is a Junior Reporter and Illustrator with Youth Journalism International.