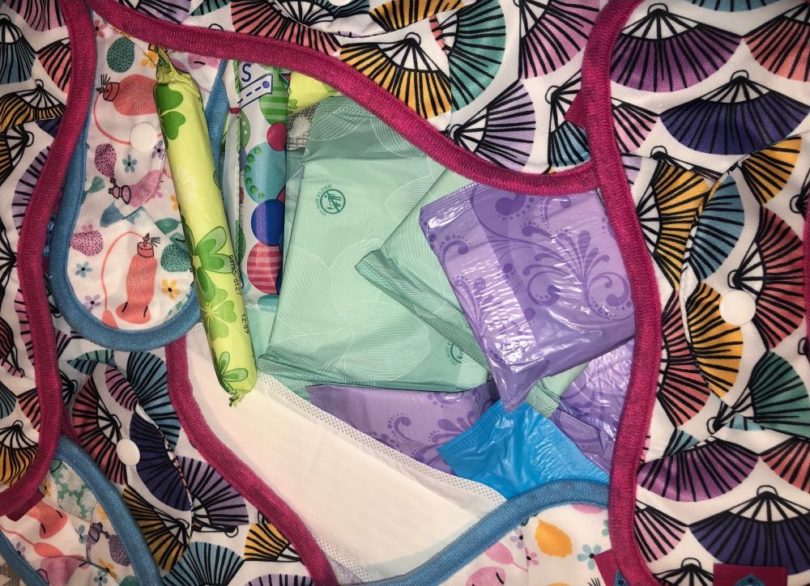 But it didn’t feel that way to some women after a recent incident at a Tesco supermarket in Cardiff, Wales.

A Tesco customer wrote on Twitter last week that she was left “raging and in tears” after not being able to buy sanitary products because the store had blocked off the aisle where they were displayed.

Not knowing about the burglary, she apparently thought that the store had deemed the products “non-essential” during a new “firebreak” lockdown to combat the coronavirus.

The aisle was actually blocked because of a break-in at the store that was being investigated by the police. Other Tesco stores were selling the products.

But instead of referencing the burglary, the Tesco chain responded on Twitter to the woman’s angry post. In a now-deleted tweet, the company said they had “been told by the Welsh government not to sell these items for the duration of the firebreak lockdown.”

Though the government had restricted sales of some items it deemed “non-essential,” sanitary products were not among them.

The Welsh government quickly responded to the Tesco claim, saying, “this is wrong” and “period products are essential.” Supermarkets “can still sell items that can be sold in pharmacies,” the government said.

The public relations blunder, although quickly rectified, caused an outrage on social media.

In an interview, Jade Harris, 21 said she felt “extremely shocked” after seeing that a customer was told that sanitary products weren’t essential. She added that it “made (her) feel quite sick” as “we shouldn’t even have to pay for them at all, let alone them be classed as non-essential.”

Harris argued that people have a right to be angry, regardless of the fact that the mistake was rectified quickly.

“Sanitary products are needed almost every day in my house, so if it came to a point where I didn’t have any and I saw that from my own store, I think I’d be disgusted and shocked,” said Harris.

“Men get condoms free of charge from places, whenever they want,” added Harris. “That’s their own choice. Women do not choose to have a period; we don’t have an option.”

18-year-old Orla McAndrew said she thinks the mistake has created the “perfect time to have a conversation about why period products are essential.”

The misunderstanding of what’s essential and what’s not, said McAndrew, has highlighted that the classifying of essential items and banning the sale of others is wrong.

McAndrew said she felt “angry, upset and disappointed” about the Tesco Twitter mix-up. She understands that “with COVID rules constantly changing, mistakes do happen,” she said, but added that she thinks this specific mistake happened because the Tesco employee who sent out the original tweet didn’t view the items as essential.

Annabel Jones, 17, echoed McAndrew’s feelings of anger and disappointment, but said the Tesco employee’s mistake will “open up the discussions surrounding the importance of period products and why they should be freely accessible in the first place.”

Jones said people should be able to get sanitary products easily for free and hopes that this will be good step in that direction.

Harris also saw something positive come out of the incident.

It’s “increased awareness in terms of males sticking up for females,” said Harris, who said she’s “seen a lot of social media posts where males are commenting on how ridiculous it is and how women shouldn’t even have to pay for these products.”