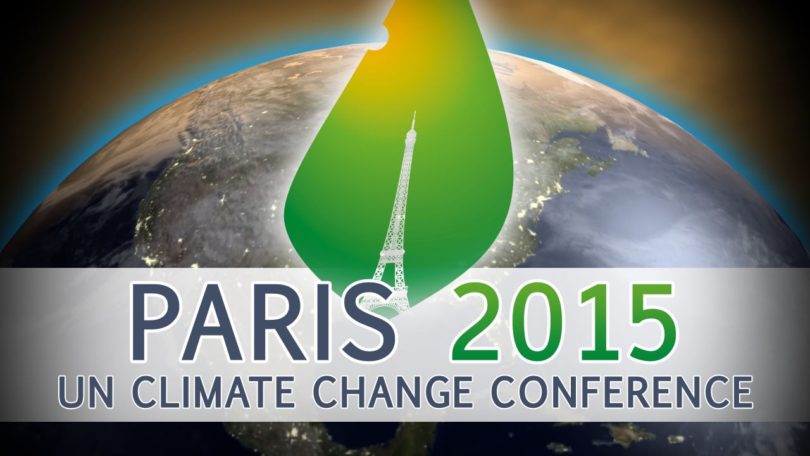 LEWISVILLE, North Carolina, U.S.A. – A unique chance for a universal agreement on climate change is here as world leaders, diplomats, and delegates converged in Paris this week.

The 21st Conference of the Parties to the United Nations Framework Convention on Climate Change, commonly known as COP21, opened Monday and runs through December 11. It is uniting leaders from more than 190 nations and from global organizations and companies in the public and private sectors for a common purpose — limiting greenhouse gas emissions.
In a Tuesday telebriefing before he left for Paris, Ryan Hobert, Senior Director for Energy and Climate Change at the United Nations Foundation, discussed why global cooperation and coordination are necessary in the fight against climate change.

Large polluters and emerging nations, including Brazil, Russia, India, China, South Africa and the United States, need to work together to “build a new architecture for climate change,” Hobert said.
Already, the United States and China –two of the world’s largest polluters – have made a joint commitment to reduce emissions.
Hobert said the idea of decreasing emissions has gained almost universal acceptance.  He said 180 countries, “have come forward with plans to reduce emissions.”
The new “political momentum” regarding climate change, according to Hobert, is largely due to previous climate change agreements such as the Durban Platform and the Copenhagen Accord.  It also stems from the election of environmentally conscious leaders such as U.S. President Barack Obama, the recognition of climate change and the subsequent declaration of support by Pope Francis and other religious leaders, Hobert said.
Hobert also discussed a temperature that will occupy a majority of COP21’s focus: 2° Celsius. To everyday citizens, 2° C is a negligible value, but to a majority of climatologists and
policy-makers, it spells a potential environmental disaster.
According to many scientists, if the temperature on Earth – measured from before the Industrial Revolution – increases by 2° C, the environmental effects could be harmful to the planet.
Hobert stressed the importance of each individual nation contributing its utmost to a decrease in emissions. He said the present efforts and regulations would still cause an increase of 2.7° C.
The only solution, he said, is for each nation to “ramp up” its pledge over time.
Hobert called on all citizens – not just those adding their names to the agreements in Paris – to join hands and unite in the quest for a reduction in emissions and a halt to climate change.
“The story we tell, the people we engage, are just as important as the signing,” he said.
Rahul Krishnaswamy is a Junior Reporter for Youth Journalism International.
***
Your tax-deductible contribution can help support this nonprofit at:
www.HelpYJI.org