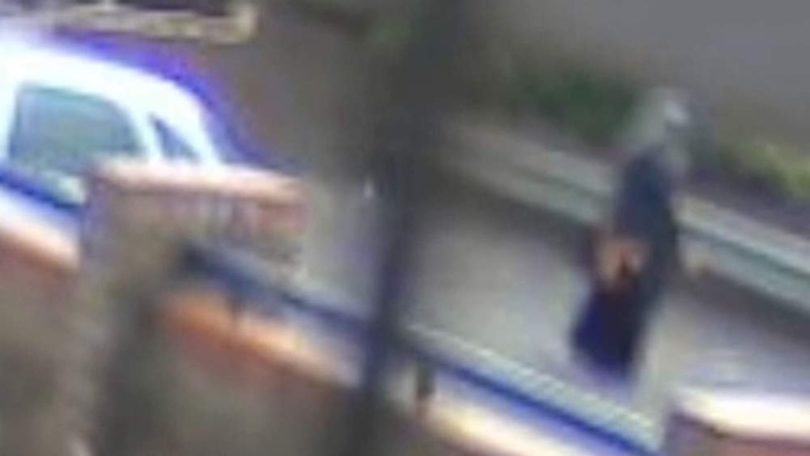 Nahid Almanea, shortly before she was murdered.
CAMBRIDGE, United Kingdom – While the video of British Muslims dancing to the “Happy” tune by Pharrell Williams has gone viral and has sparked a lot of controversy among Muslim communities here in England and abroad, not many have heard the name of Nahid Almanea in the news.

Nahid Almanea was a 31-year-old student at the University of Essex who was stabbed to death June 17 while walking to attend a lecture. The reason? Being faithful to her religion.
According to news accounts, the young Saudi Arabian came to the UK less than a year ago and was due to complete her English Language Program in August as part of her PhD in Life Sciences.
Although she would normally walk to class with her brother, with whom she lived, last Tuesday she was alone. She suffered 16 stab wounds times in her neck, head and arms. She was left bleeding to death on footpath.
The murder remains unsolved. Police took two men into custody but later released both of them. Investigators are searching for evidence but have not found the murder weapon. They are looking into whether the crime stemmed from religious hatred.

Nahid Almanea was wearing a hijab, the Muslim headscarf, and a full-length abaya robe while walking to university, which could be the reason why she was brutally murdered.
This brutal killing was certainly not disregarded by Muslim students, especially in the UK.
Muslim women students who wear traditional attire are now living in fear of being attacked, which added to the mental stress of end-of-semester exams.
And concern for their personal safety may affect the choice of university location for prospective female students.
While some have suggested that Islamic women stop wearing traditional clothing, especially the hijab, that doesn’t seem fair to them.
While it is true that many women are forced to cover up – especially in countries where women don’t have as many rights as they do in the UK – many women and girls here proudly wear the headscarf as a symbol of belonging to Islam. They should not be denied the right to show it if they so wish.
Being forced to hide one’s faith to grant oneself safety as a result of fear of religious hatred is not only wrong, but also goes against some of the basic human rights outlined by the United Nations Universal Declaration of Human Rights, even more so in a country that is an example of acceptance and cultural blend like the United Kingdom.
The murder of Nahid Almanea is yet another act of Islamophobia in a country well-known for its multi-cultural and secular society.
The UK is often considered a suitable destination for many immigrants, especially those from a mainly non-Christian background such as Pakistanis, Indians, Sri Lankans and Bangladeshis, who now make up about 5 percent of the population.
The most significant pull factor is usually a higher standard of living. It goes without saying that this includes religious freedom. Sadly, this brutal killing makes these hopes waver.
Although there have been many articles online, this woman’s murder made less of a splash in the news than England’s defeat in the World Cup.
It probably would not have been the case if a Christian were the victim of a similar murder. Not many are killed in the UK for expressing their Christian faith – it would be regarded as
unthinkable. But Muslims becoming the victims of a new kind of racism does not look like an unlikely possibility.
In New York City, Eid – the final day of Ramadan, the ninth month of the Islamic calendar – has recently been made a public holiday, much like the Christian Christmas Day, Boxing Day and Easter Day.
Why should we only celebrate Christian holidays in a country which does not impose any particular religion on its citizens?
There is an urgent need to tackle Islamophobia in non-Muslim countries and especially across the UK, where it is rising at sky-rocketing speeds. These attacks on the Muslim community, combined with the country’s new and stricter immigration policies, are negatively affecting the perception of the country among local Muslims as well as the international community.
A positive change should come from within the system, starting from schools and universities. Although religious education is already a part of the English national curriculum, it is evident that this government measure is not enough to eradicate prejudice based on religious grounds.
It is vital, however, to define the necessity for religious equity: not only should Muslims be respected, but Christians and followers of other religions should also get their share.
In predominantly Muslim countries such as Sudan, Christians are forced to practice their religion in secret and many of them are killed brutally for the same reason Nahid Almanea was murdered. This might date back to the Colonial era when colonizers not only imposed their values and ideals but also their religion. It’s possible that Christianity might now be associated with oppression.
We cannot seem to move beyond stereotypes, whether it is that all Italians eat pizza every day and are members of the Mafia. As an Italian living in the UK, I’m asked the question “Is your family part of the Mafia?” a lot more often than I thought I would be.
The same false generalizations are made about Muslims – that they all are terrorists or somehow involved in the 9/11 attacks.
Extremism exists in every religion.
November 5th is, for example, Guy Fawkes night. Fawkes was a Catholic fanatic who wanted to restore a Catholic regime in England and intended to blow up the House of Lords when Parliament opened in 1605.
And let’s not forget the genocide of millions of Jews during World War II, which started in Germany, a largely Christian country.
Despite some slight differences from one religion to another, no prophet or holy book teaches that war and hatred are right. It is the misuse of religion from some that has led to such heavy tensions.
Because this has been one of the most effective tools of political propaganda throughout history, powerful figures have used sacred writings for their own benefits and purposes.
And no, not only the so-called “Jihad,” which is very much like the modern version of the Crusades at the beginning of the second millennium.
How can Gregorian chants or Qasida Burda, the Arabic poem to the Prophet Muhammad, teach violence? They do not.
Nahid Almanea’s professors described her to reporters as an intelligent young woman with a bright future and much to live for.
She will always be on our minds and in our prayers, be them Muslim, Hindu, Christian, Jewish or something else. Her awful death should be a powerful eye-opener for the global community. I hope it will spark new efforts to protect religious freedom, God willing.
Martina Ghinetti is a Reporter for Youth Journalism International.