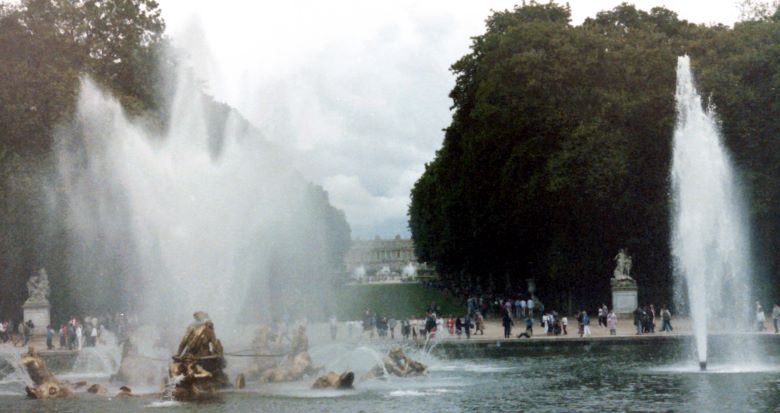 PARIS, France – It is an all-American premonition that all things European, especially French, are superior to what we have at home.

Even after visiting France with a Bristol Eastern High School group last month, it would be far too biased of me to deem French culture better or worse than ours. I’ll settle to say it’s different.

Granted, they do have a few things that we don’t: Government regulations on bread prices; streets full of tiny cars; a history of being invaded; a surplus of bad mimes; and really, really old things. 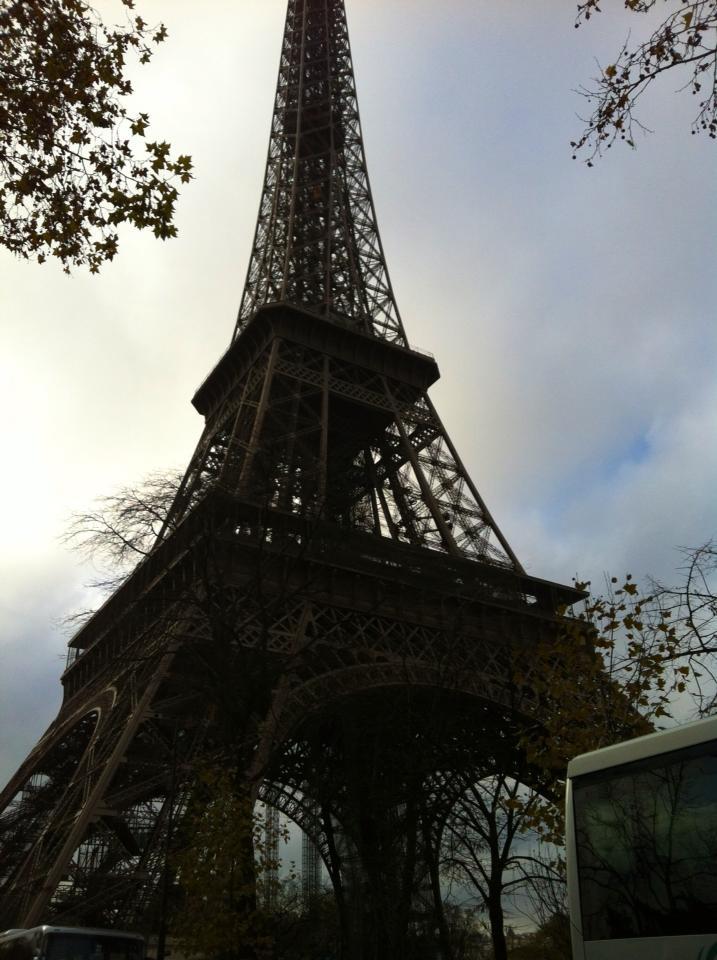 I have that sinking feeling that the first thing teens want to ask is, “They don’t have a drinking age limit in France, do they?”

But, on the flip side, the driving age is 18. As a result of that, plenty of teenagers ride mopeds or motorcycles. A lot of adults do as well, since gas prices are so high.

The gas prices are what force the French into those little Peugeots, Renaults, and Citroens. I don’t think I saw a sedan on the whole trip.

I know that the second thing you’ll ask is probably, “Did you see the Eiffel Tower?”

Now, who has ever gone to Paris and missed the Eiffel Tower?

You now will most likely ask, “Isn’t there a restaurant up there? Did you eat there?”

Yes, there is an restaurant, but it’s a tad pricey. I did, however, bring along a Twix bar so I could say I ate at the top of the Eiffel Tower.

Your next query may be, “Did you see that Louvre thing? Was it really big?”

It’s sort of big, true, in the sense that if you stop for five seconds in front of every work of art, it’ll take you upwards of two years to make it through. This is a real statistic.

Of course, everyone goes to the Louvre museum to see the Mona Lisa. We were lucky enough to have visited during renovations to its home gallery; the crowds were too confused to all make it
Mona’s temporary room.

Yet another question of yours is likely to be, “Did you see that arch thing?”

Yes, the Arc de Triomphe was right down the street from our hotel in Paris. When I arrived at my room, I immediately ran to the window. The hotel sign was blocking my view perfectly.

Paris is notoriously clean. The morning after we arrived, I witnessed a street sweeper cleaning the sidewalk. Graffiti was so rare that I took a photo when I finally saw some. Even the Metro was clean.

Since this is where most people’s knowledge of Paris ends, I write with a cynical edge. But we saw more while we were there: the Pompidou Center, built with the pipes and support beams exposed on the outside; the Place de la Concorde, one of the world’s most beautiful squares, built around an Egyptian obelisk; the vibrant Latin Quarter, where we ran into a couple of obscene shopkeepers (or did they work there?); the Gothic masterpiece Notre Dame Cathedral (no, not that one – no one plays football there); and Jim Morrison’s overrated grave. 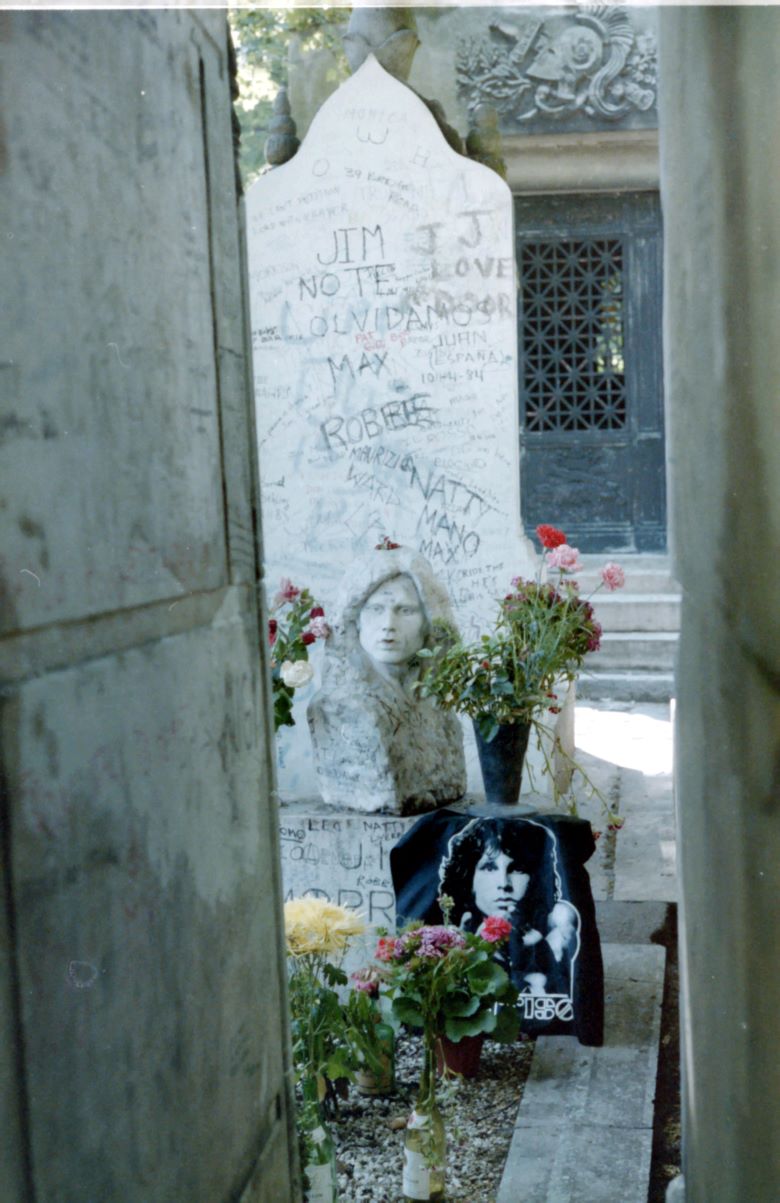 Alas, we had to leave Paris for the provinces after three days. It was off to chateau country in the Loire Valley. Our friendly, knowledgeable, British courier Annie told us all about the kings who used to hang out there on the weekends – Henri III, the transvestite, and Louis XIV, who thought he had great legs, and the like. (If I had the kind of money they had, I’d probably have the time to develop a few idiosyncrasies myself.)

One of our chaperones and a trip co-organizer, BEHS English teacher Ms. Hayward, pulled a clever stunt at the gardens at Versailles. “Let me tell you about this fountain,” she said at one point, gesturing to the fountain, which then turned on as if on cue. The previous evening she had pressed the button for the crosswalk on the Avenue des Champs Elysees in Paris, which appeared to signal all of the street lights to turn on.

By now, we were spending much of our time on the tour bus. This meant, for some people, extra time to sleep. Sleep! This wasn’t a cheap trip. I refused to doze my way through it.

“Hey,” I said to myself, thinking like an American, “this may be a cow pasture, but it’s a French cow pasture, and, darn it, isn’t that enough?”

Driving laws in France are, I think, optional. To cross a city street, one takes one’s life in one’s hands. The French drive like maniacs.

In speaking of the mobile leg of the trip, I realize now how many churches we visited, for a public school and all – Notre Dame Cathedral, the abbey at Mont St.-Michel, Chartres Cathedral. But it’s all about architecture, really. 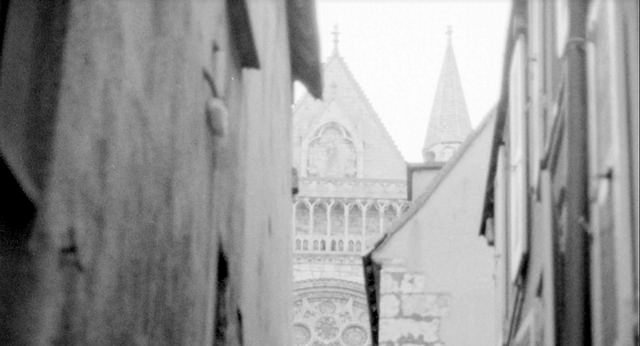 While in Normandy, we visited, of course, the D-Day Beaches. I won’t dwell on that because, frankly, I can’t be flippant about it.

Then there was the Bayeux Tapestry, essentially a 70-meter long medieval rug with the illustrated story of the Norman conquest of England on it. It’s really quite a story. I mean, hey, if people called you William the  Bastard, I’m sure you’d rather be William the Conqueror as well.

A great deal is made of French rudeness. I didn’t pick up on that, though.

Two things got on my nerves: for one, no one who bumped into me or anyone else ever apologized for it. A simple “pardon” would suffice, but no.

For another, I hated how I could walk into a store, struggle through negotiating a purchase in French, and find out upon having my purchase rung up that the counterperson could speak English, sometimes annoyingly well.

Those of us who paid attention were entitled to a news-related treat.

President Jacques Chirac decided that he didn’t like his Parliament, so he dissolved it. They all have to go home now so that special elections can be held. I don’t know how often this has happened before, but Chirac was all over television explaining why he did it. I would’ve liked to hear whether Parliament agreed.

I went to France expecting to see in Paris some of Europe’s famed ravers walking the streets. I didn’t see any.

I did catch some of the French equivalent to MTV, though. I thought it was rather lame. “The French do listen to techno,” explained Annie, “but it’s not even the good techno.”

The French have difficulty comprehending vegetarianism as well. We often had dinner at our hotel, for one thing, so everyone received the same meal, except for us four vegetarians. Eggs were the most common fallback for the hotel chefs in these cases.

When we were left to our own devices, for example, in the Latin Quarter, things could get tricky. It was an adventure to get it past these restaurateurs that “only a little meat” can keep an entree from being vegetarian. Fortunately, there was always the alternate of picking up a baguette (“loaf of French bread” to you) instead.

But enough of this. It is perhaps worthy of mention that when we returned to the States, we came in at not New York City but New Jersey.

Our first sight of our native land upon return was Newark. Sigh ironically here.