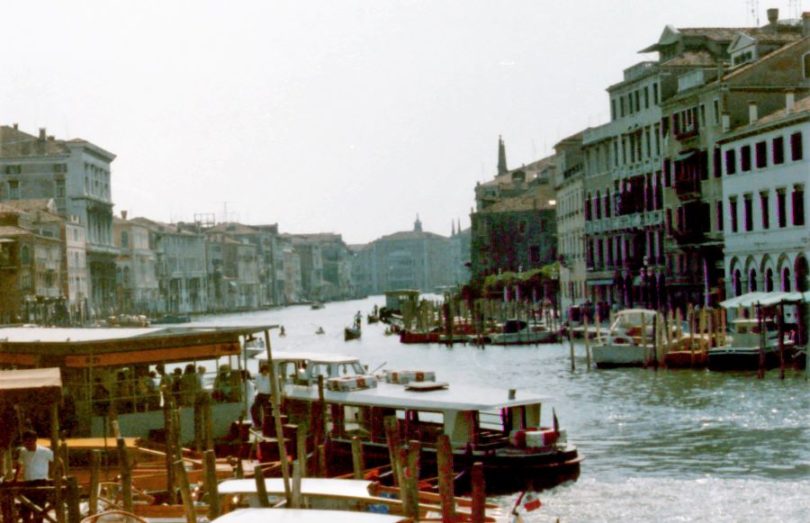 ITALY – Too many Italian men have no pride, shame or tact. They do not just flirt, they follow, grab, pinch, and on occasion grope female tourists.

Most of the time these advances can be stopped by a quick slap or a loud yell: “Non mi tocchi!” (Don’t touch me!).

The only time these methods fail is when the Italian man in question is a carabinieri — military police who carry not only pistols, but also semi-automatic weapons. When these armed men begin to grab the easiest thing to do is get up and move to another, safer, location.

If you are in a crowded area and moving away isn’t possible, the other option is to grab the nearest burly man and announce, loudly, how glad you are to have your husband with you. Of course, if you don’t already know the man you grab, it will be nearly impossible to deflate his ego and get away later.

After 10 days in Italy recently, a group of mostly St. Paul Catholic High School students learned the key to dealing with Italian men is remembering their egos are enormous. Most Italian men are convinced from birth that every girl with a pulse is madly in love with them. 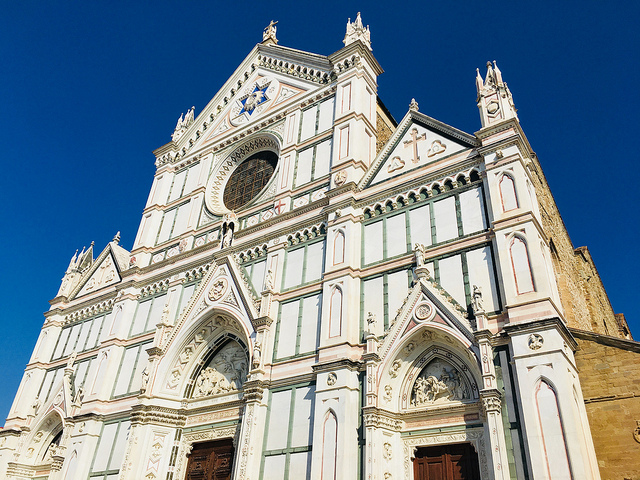 When an female tourist is admiring a building or a work of art, at least five Italian men will begin to leer at her.

Italian men believe they are by far the most interesting tourist attraction in the entire country. They do not grasp that only two men in Italy are tourist attractions. These are, of course, Michelangelo’s David and the Pope, because both are inanimate and therefore safe to deal with.

As for Italian women, there were very few of them that paid any attention to the male tourists. Most Italian women were with their boyfriend du jour, or simply thought they were too good for any guy in our group.

The Italian girls have as big an ego problem as the men. It’s amazing that Italians can get married and have children without killing each other.

Most older Italians still hold a grudge from World War II, when Americans took over their country and booted out a dictator. They seemed angry that we were in their country, invading their space and looking at their monuments.

As we walked away from stores, restaurants, and crowds we knew they were thinking “Stupid Americans.” Once, they even said it.

But younger Italians didn’t seem to have a problem with American tourists in their country.  But that was probably because tourists are the only people who will actually fall for their lame pick-up lines.

Surprisingly enough, Italy isn’t as different from the United States as many people think. Its big cities resemble ours, with too much traffic and too many people. Of course, U.S. cities don’t have the history or ancient relics that abound in Italy.

There are sidewalk vendors and large stores selling clothing and other items bearing the names of American sports teams. Posters advertise American movies like Star Wars, Return of the Jedi, Marvin’s Room, The English Patient, Liar Liar, and Sleepers. The film titles are in Italian, and, as television ads for the movies show, they are all dubbed in Italian.

Italians love American music as well as our clothing and movies. Italian MTV plays almost all videos of American groups like Bush and No Doubt. In music stores there are tapes of Michael Jackson, Nirvana, and Celine Dion.

American songs play in many stores and restaurants. Even some radio stations play American music. In Florence there is a station that plays the same music on the air here, everything from The Spice Girls to Bryan Adams.

With its canals, the Doge’s Palace, Bridge of Sighs and San Marco’s Square, Venice is unlike any city in the world.

The square is home to some of the friendliest pigeons in the world. People there can feed the birds out of their hand. In fact, the pigeons are so friendly that they sit on peoples shoulders, arms and heads in attempts to get food.

Despite these distractions, Italy is absolutely amazing. 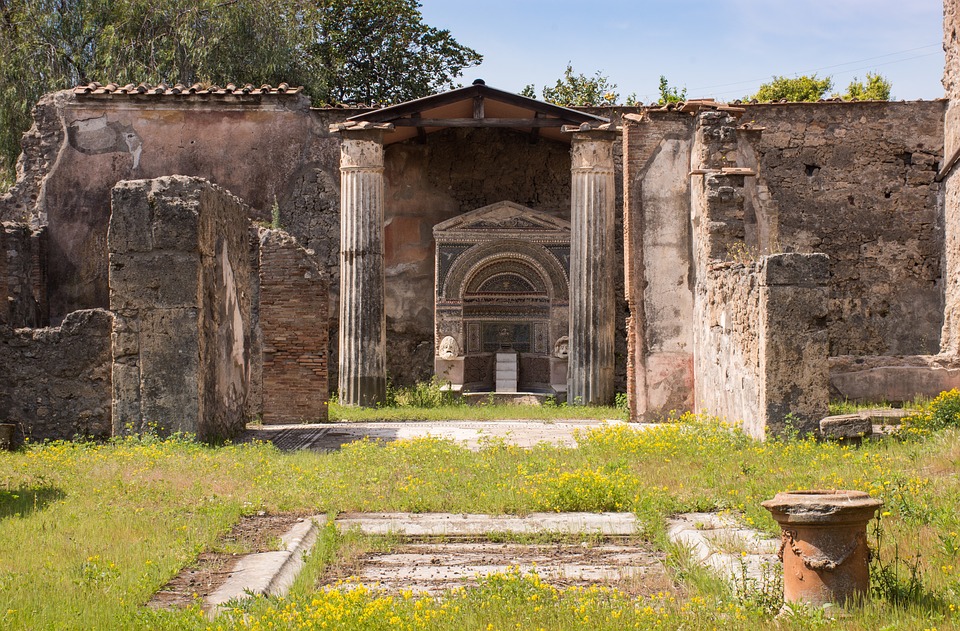 Most of the places we went are cities with pieces of history embedded in them. Pompeii is the only exception. The entire ancient city is in ruins because a volcano, Mt. Vesuvius, erupted about 2,000 years ago and destroyed it. The best part of Pompeii are the plaster casts of people who were killed in the disaster.

At Capri, the Blue Grotto is the main tourist attraction. After a 15 minute ride around the island and crouching in a row boat to get through the tiny entrance, the small cavern seems a little underwhelming, but it is still beautiful.

The Grotto is mainly for tourists, it doesn’t seem to interest the people that live in Capri at all. Besides the people steering the boats, there are no Italians near the Grotto at all.

Most of the other monuments in Italy seem to attract both Italian citizens and tourists. The shops, however, seem to be geared towards tourists. Many stores listed prices in both lira and US dollars. This is helpful because there are 1600 lira to a dollar so prices are hard to change into dollars.

After you get used to lire, shopping in Italy is fairly easy because most shop owners speak some English. When you find yourself in a store where only Italian is spoken, a knowledge of Spanish
is enough to carry on a basic conversation.

Food in Italy is good, but very different from Americanized Italian food.

The pizza that Americans are used to is really Greek pizza and nothing like the Italian version. Pizza in Italy is made on a thin, cracker-like crust, with fresh tomato sauce, and very little cheese. There are also pizzas with white sauces, vegetable sauces, and fish sauces.

Italians, like most Europeans, do not usuallyuse ice cubes in their drinks. Water and sodas are served at room temperature. Asking for ice is something only tourists do.

Italians drink all kinds of American soft drinks. Like every American product in Italy, soda is much more expensive there than it is here.

The restaurant also doesn’t smell like a typical, greasy McDonalds. There is no odor of frying oil and burning hamburgers.

The help there is friendly and actually treats people well, and gives service with a smile. The food tastes completely different too. The fries aren’t greasy, and the milkshakes actually move instead of staying stuck in the paper cups.

Italian McDonalds use the old-style American containers. There are the Styrofoam containers that Americans won’t use because they harm the environment, and there are the old bags and cups
with the tri-colored Ms on them. The McDonalds in Italy also use the real Happy Meal containers.

Italy is a beautiful country with a history that will never be seen in the United States.

Once the Italian men are dealt with, touring the country is a lot of fun. There are ancient buildings and famous Renaissance art throughout the cities. The food there is better than any American counterpart – and Italians don’t share our snotty American attitudes.