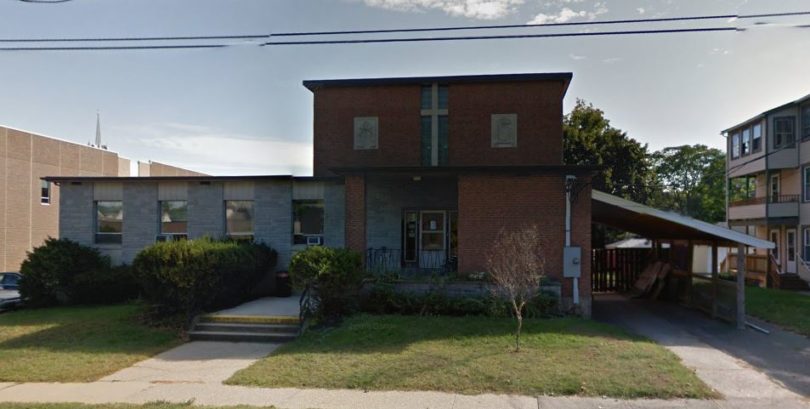 Homelessness is on the rise in Connecticut. There are thousands of people on the streets and in shelters.

Many people become homeless due to layoffs or cutbacks where they worked. Sometimes they are separated from their families and rarely see their relatives.

A large percentage of homeless people are addicted to drugs. Due to their habit, they spend most of their money on drugs and before they know it, they are on the streets.

This issue is especially important to me because my Uncle Dave lives on the streets. He lost his job as a machinist two years ago and hasn’t been able to find a job since. He worked a few times doing snow removal in and around Hartford.

Most of the time, he stays in shelters when it is cold. He has slept outside, under bridges and in alleys, sometimes in below zero temperatures and in snow storms.

I asked him if he felt the city is doing enough for the homeless.

He answered, “I think the city is doing enough but it’s the homeless people who don’t try hard enough to find jobs. There are people out on the streets who panhandle or are thieves, also some look for jobs.

“A lot of the people are there by circumstance and would like to have a job and have their own place to live, while others are just there because of their drug problem, having spent all their money on drugs.

“A lot of drug users don’t look for jobs and don’t care if they have to live on the streets or not.”

My uncle spends much of his time going on job interviews and reading in the public library.

On Thursdays, he goes to the Wadsworth Atheneum in Hartford to learn about art and see new exhibits.

He comes to visit every couple of weeks and to look for jobs.

I asked him if anyone has ever tried to hurt him or steal from him.

“Only twice,” he replied. “The first time someone tried to steal my cigarettes. I caught him and a mild altercation took place.”

“The second time someone tried to steal my coat when I was sleeping and we struggled over it,” he said. “A counselor at the shelter broke it up.”

“It’s a pretty rough time living on the streets. I’ve done my best to get out of this situation and I will continue to do so until I’ve gotten my life back the way I want it,” he said.

I’d like to see more done for the homeless, but how much can be done?

Devin Kingsbury is a Reporter for Youth Journalism International