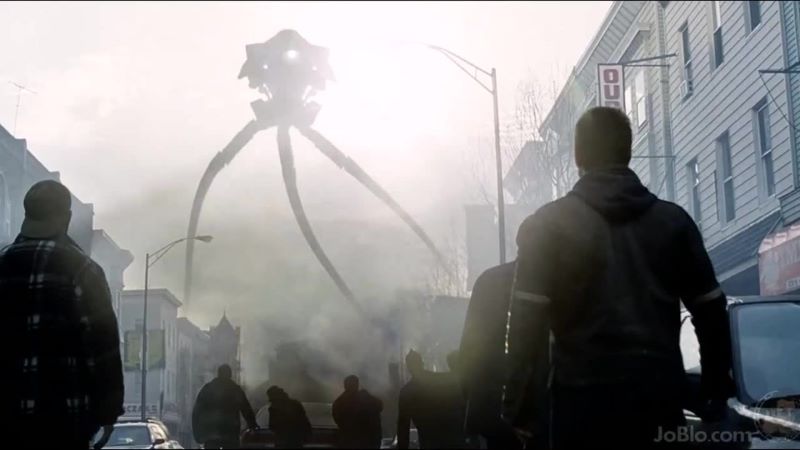 LLANRWST, Wales — Based on the sci-fi novel from H.G. Wells — directed by Oscar-winning Steven Spielberg and starring Tom Cruise – “War of the Worlds” is one film you cannot miss this summer.
At the beginning of the film, we see into one American family’s struggle with divorce.
Ray Ferrier (Cruise) is a divorced father working as a dockworker. His ex-wife and her new husband have come to drop off his teenage son, Robbie, and young daughter, Rachel.
The children don’t get to see their father often — and this is one rare weekend visit they will never forget.
Ferrier has little money, doesn’t have time to value his children since he works too hard, and never has food in the house, which results in them falling behind at school.
However, all of these problems will be nothing compared to what happens next.
A massive lightning storm striking in the same place sounds scary, doesn’t it? But the entire ground lifting up and revealing a monstrous Alien war machine is truly frightening.
And it will change mankind — forever.
The alien machines incinerate everyone in sight, but Ferrier manages to escape the first wave of attack.
Ferrier returns to his home to get his children to come with him and flees from his house, because it is not safe.
With dozens of alien war creatures blasting everything in sight, their efforts to escape bring Ferrier closer to his children.
He does everything he can to protect them. But success is not guaranteed.
Rachel sees a river of dead bodies and people blasted in front of her eyes. Her teenage brother’s desire to join the Army to fight a war that is unlike anything witnessed before upsets her greatly.
It is moving to see Ferrier doing all he can to protect his daughter from the horrible sight that surrounds them.
It’s sad that nobody can explain to a young child why so many innocent people are killed.
“War of the Worlds” is a film that will appeal to the guys more than the girls, but everyone will be on the edge of their seats.
The scenes in the film are without a doubt the best movie graphics I have ever seen.
From the destruction of buildings, shattering of glass and design of the aliens, you will be amazed at how spectacular the setting is.
Though the film does not disappoint, it does leave many questions unanswered. Parts of the plot do not make sense and sometimes it’s all simply too absurd. If you’re looking for a film with good music, then you might be disappointed.
Nevertheless, the film’s strengths far outweigh the weaknesses.
In war, there are no winners.
But the message of the film couldn’t be clearer: although mankind will be threatened by wars, humans will prevail. It’s a very apt message these days. 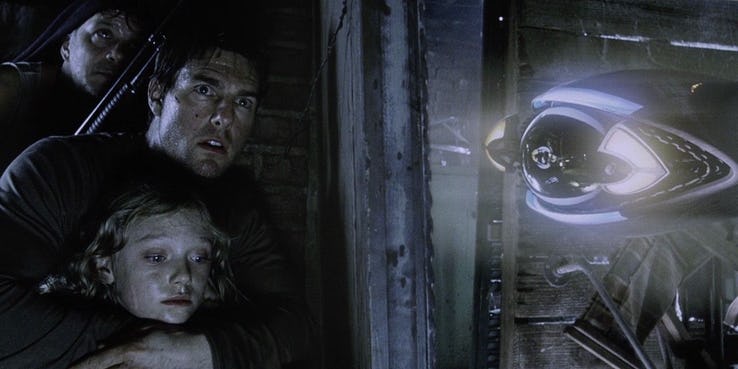