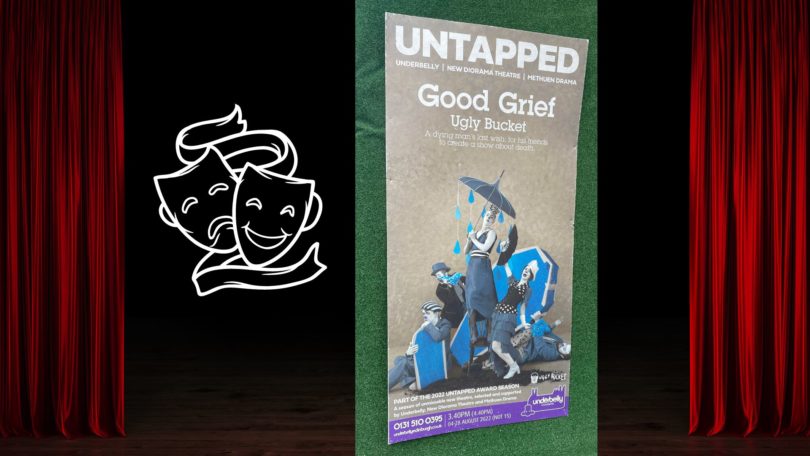 “As Ugly Bucket, we make really high-energy clowning and physical theater shows that mix up different styles of performance,” said Smart, who is co-director of Good Grief. She said the company uses it work “to tackle social taboos so we really champion openness and honesty. Everything that we do, it’s always about people.”

Since its founding in 2017, the company has explored topics such as postgraduate depression and sex education through a fusion of physical theater, verbatim and innovative sound design.

But the creation of Good Grief is an unconventional one.

An old comedy lecturer and friend of members of Ugly Bucket asked them to make a 10-minute piece about death for his memorial service, Smart said. Despite finding this an unusual request, they carefully crafted the first version of the show and later developed it into the production performed in venues around the UK.

“It’s a celebration of life! At the end of the show we have a big dance, and dance in the memories of the people that we’ve lost and the people who the interviewees have lost. It’s a moment for us with our audience,” said Smart.

Smart stressed the importance of creating a piece of theater that an audience can really relate to, especially during the pandemic, where themes such as those explored in Good Grief were prevalent in almost every aspect of society.

Good Grief won the New Diorama, Underbelly and Methuen Untapped Award in 2022, which supported Ugly Bucket’s incredibly successful run at the Fringe. Most performances sold out, and extras were added later in the run.

With the Fringe finished, Ugly Bucket is making new plans.

“We’re quite established with who we are, so I think we’re almost in a place where people think they know what to expect from an Ugly Bucket show,” said Smart. She went on to explain how the company’s new production Stuffed will shock some audience members as it has a shift in tone from their previous pieces of theater.

Smart suggested the possibility of some international touring, in addition to continuing to take the filmed production to spaces like libraries, which allows different groups of people to watch the show – especially those who could otherwise be quite isolated.

Stuffed is playing at the Unity Theatre in Liverpool, UK from November 10 to 17.

Rosie Evans is a Senior Reporter with Youth Journalism International. She worked with Rachael Smart on an audio play in 2020.

A play that comes from on-the-job experience 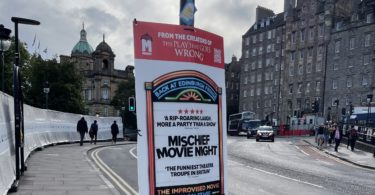