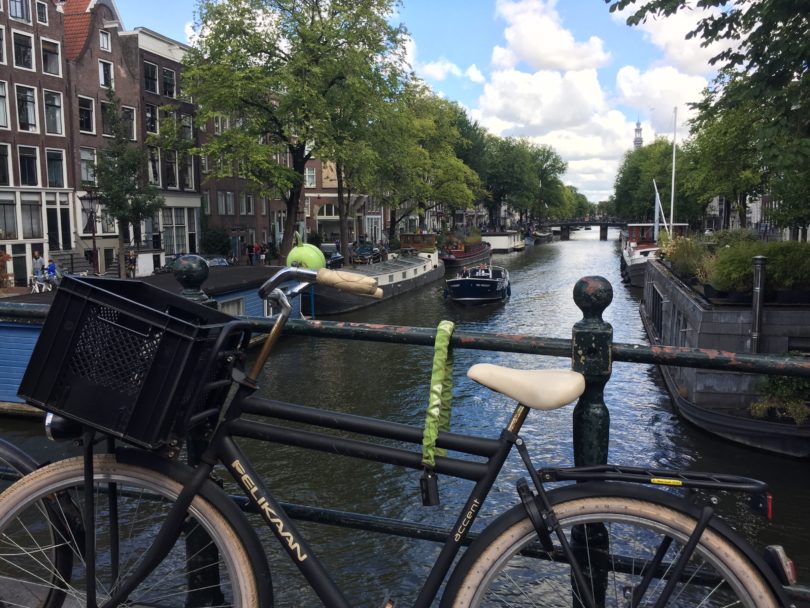 A bicycle on a bridge of a canal in Amsterdam. (Owen Ferguson/YJI)

AMSTERDAM – Amsterdam, the capital city of the Netherlands with a population of more than 800,000 is a city full of potential and wonder to both the casual tourist and the dedicated traveler.

Whether you are only visiting for a day or spending an extended period of time in the city, the opportunity to find something of interest is readily available.
Before you consider any specific attraction within Amsterdam, take a while to explore the city itself first.

There’s a reason that the Dutch city is known around the world; it’s riddled with its intricate system of 17th century canals. The canals and the colorful multitude of slender buildings that line them allow Amsterdam to be postcard-perfect on almost every corner. 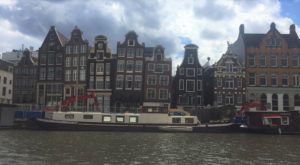 Some of the “crooked houses” in Amsterdam. (Owen Ferguson/YJI)

The ever-present army of bicycles also add to the overall beauty of the city. Just watch out for any bikes that are moving, as they will blast pedestrians with horns should they get in the way!

Wondering what you can do in Amsterdam once you’ve dodged a fair few bikes? A canal tour is a great way to further appreciate the scenery and also learn some interesting history and trivia at the same time. You’ll likely see many of the landmarks on the boat as well as some of the peculiar looking “crooked houses” (a result of the old wooden piles they were originally built on). 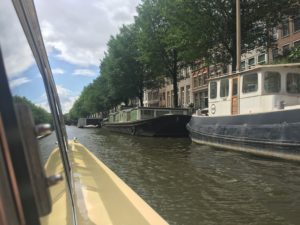 The view from a canal tour in Amsterdam. (Owen Ferguson/YJI)

If history is something you seek, the famous Anne Frank House resides in Amsterdam, serving as a reminder and memorial to the Jewish victims of the Holocaust, specifically Anne Frank and her family, who hid from Nazis in a secret annex of the building for two years in an attempt to avoid persecution. 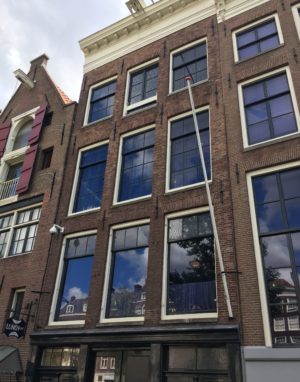 It is definitely worth a visit but tickets to get inside are often booked months in advance, so plan ahead unless you want to queue outside for hours on end. 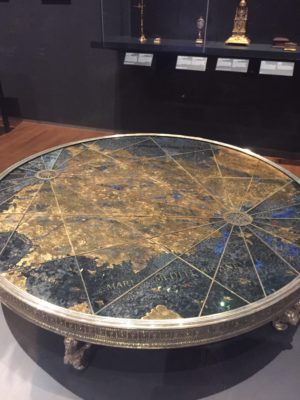 An old map in the Rijksmuseum in Amsterdam. (Owen Ferguson/YJI)

If art is something you’re interested in, don’t fear. Amsterdam has the Museumplein, a plaza that is home to several famous places such as the Rijksmuseum and the Van Gogh Museum.

The Rijksmuseum hosts hundreds of historical pieces and paintings, including works by Johannes Vermeer.

The Van Gogh Museum not only displays many of the legendary artist’s paintings but also serves as a tribute to his life and includes exhibits that show his progression of style and his mental state of mind at key points in his life.

There is also the occasional shopping center and bustling street market to make sure you have something to take back home. Amsterdam has an exciting and varied nightlife scene, too, if you don’t want to go back to your hotel or hostel at the end of the day. 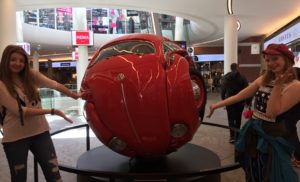 UK travelers Cerian Rimmer (left) and Hazel Imrie with a sculpture inside a shopping center in Amsterdam. (Owen Ferguson/YJI)

Amsterdam will keep you interested at all times, whether it’s by getting lost in its labyrinth of canals and bridges or by visiting its plethora of different attractions. It’s guaranteed to leave an impression and will certainly provide a memorable experience. 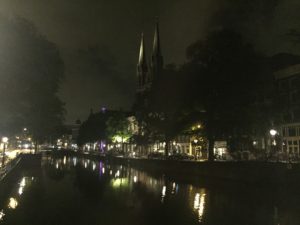 One of the canals in Amsterdam at night. (Owen Ferguson/YJI)

Owen Ferguson is a Correspondent with Youth Journalism International from Scotland, UK.