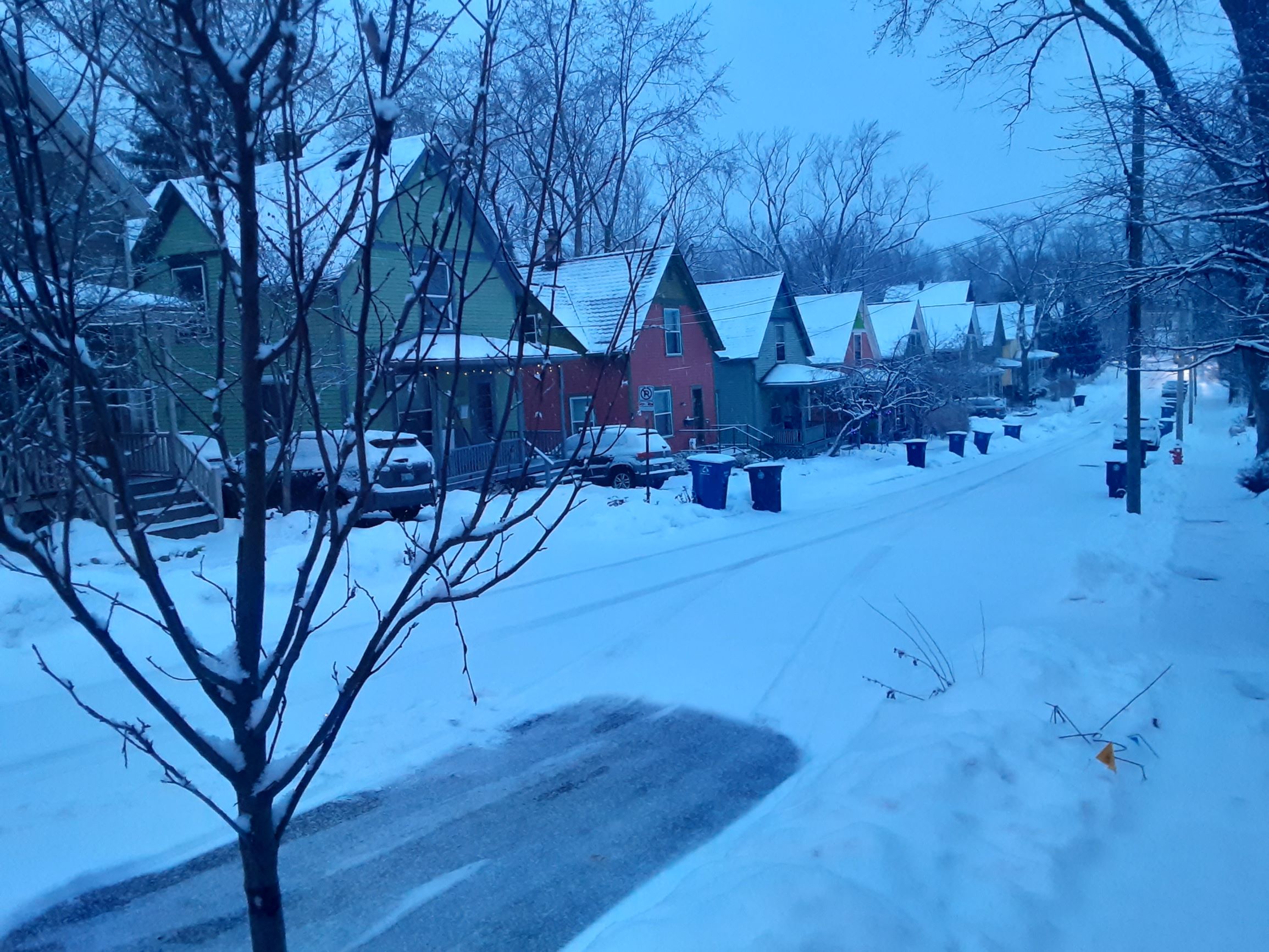 The author’s street on a snowy, early morning. Michigan winters are harsh with bone-chilling temperatures and feet of snow leaking into her boots, but it just makes the spring even more pleasant. (Lucy Tobier/YJI)

Ann Arbor, Michigan, U.S.A. – I’m growing up in Ann Arbor, where it often seems that almost everyone has the same liberal and progressive ideals about almost everything. The most heated residents have gotten is over a deer cull, the subject of intense argument at several of our comedic “Parks and Rec”-style city council meetings.

Ann Arbor has low crime rates, a plan to become carbon neutral by 2030, and voters pass most progressive ballots raising money for the public library or schools without difficulty.

But the story of Ann Arbor is more complex than it seems at first glance.

My high school, Community High School, is located in the heart of downtown Ann Arbor, close to the University of Michigan’s main campus. CHS started as an experimental public school designed to use the whole of Ann Arbor as a classroom.

My school is unique compared to the other, bigger local high schools. We call teachers by their first names and have only three classes a day, each 100 minutes-long. Students gather in small, family-type groups that we call “forums” and bond over camping trips and potlucks. We have field days, all school picnics and secular assemblies in a nearby church (our school is too small to contain us all in one room). My favorite annual celebration is on Pi Day where everyone brings in three pies and we all share them and eat them together.

We have an open campus that allows students to walk around town during school hours and to take classes at the university. My gym class runs through the local parks and trails; my science class walks to the river to take water samples.

The school allows me to learn all around Ann Arbor, not just seated at a desk in an under-air-conditioned building. 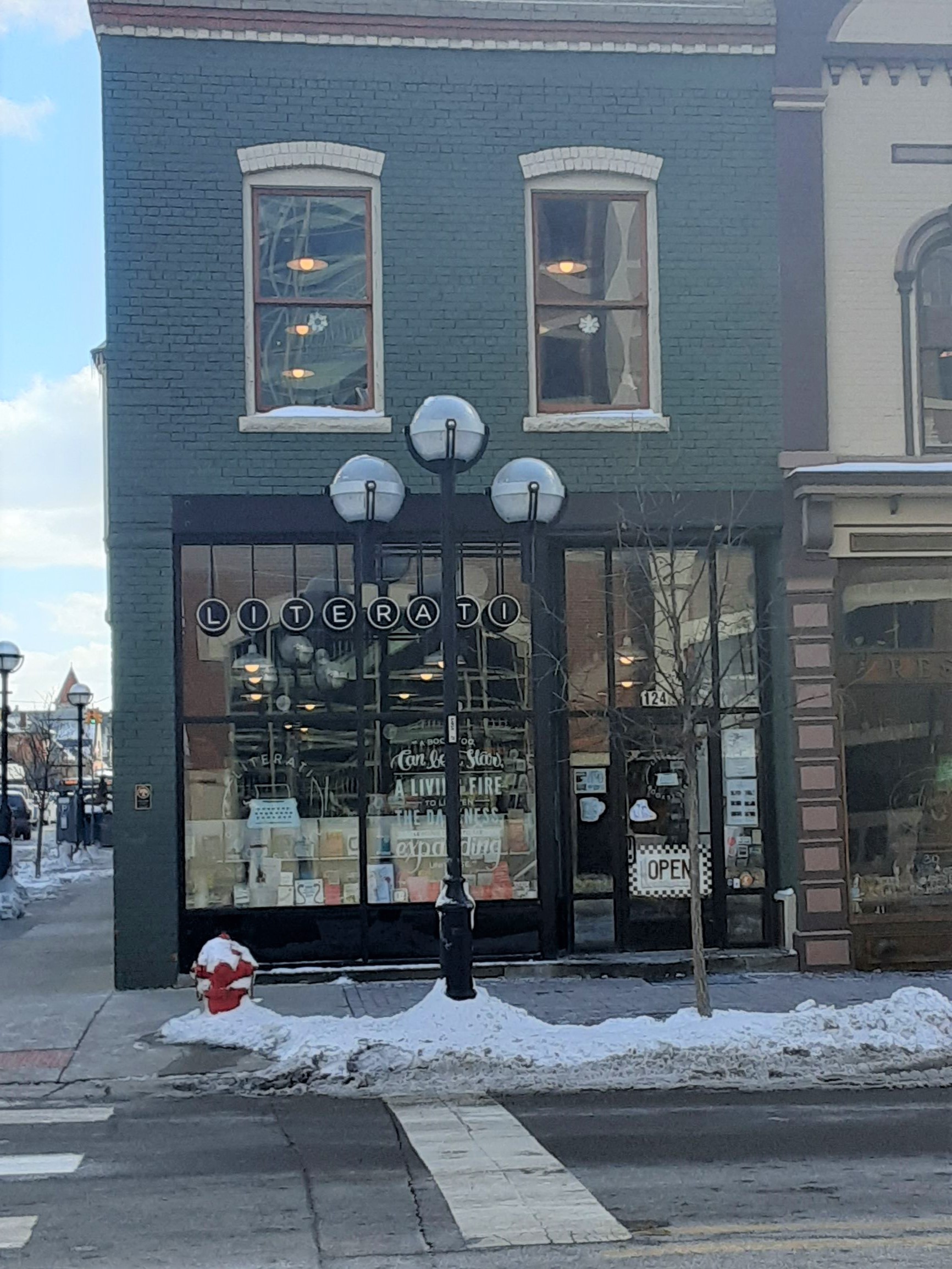 The author’s favorite bookstore in town. On rainy days, she sits at the cafe above with a london fog and scone and watches people. On sad days, she browses the five-dollar sale books, looking for a treasure. (Lucy Tobier/YJI)

The University of Michigan is a big part of Ann Arbor, affecting its economy, politics and culture. Students come from all around the world and some stay, open businesses and run for local office. Celebrated artists, scientists, journalists, philosophers and other scholars come for talks and the university seems to transform Ann Arbor from a small, hippy town to a cultured and exciting place.

Beautiful campus buildings surround a grassy field where students toss a frisbee and nap in hammocks. At first glance, the university seems to be a glittering land full of money and liberal ideals.

But at second glance, Ann Arbor doesn’t seem to be as politically and economically monotone. There are more views than one might think in Ann Arbor. Some are less visible and others are ignored, but they’re evident on the perimeters, like at a recent pro-choice rally I attended.

A crowd of protesters lined the edges with giant banners depicting aborted fetuses and signs calling to defund Planned Parenthood. The protest made more than one point of view visible and represented. As a journalist, this is extremely important to me. I want to always make sure that differing viewpoints are reported.

How can our thinking change if we do not know all perspectives of a story?

Driving into the city, you might notice the luxury student dorms and expensive downtown, but Ann Arbor’s affluence also leads to a divided city.

In town, pricey boutiques and trendy restaurants line the streets, but most Ann Arbor teachers have worked with pay freezes for six years and can’t afford to live in the city. They take long commutes in from more affordable surrounding towns. The Ann Arbor unemployment rate is lower than the national average, but affordable housing for those impoverished people living in mobile home parks are often ignored over expensive projects like new parks and high rises.

There is also an educational bubble in Ann Arbor, due to the presence of the university. Education is narrowly defined as a high-paying job or a prestigious academic career. My friends and classmates’ parents expect them to obtain perfect grades, get into the highest-ranked college possible and achieve advanced degrees. 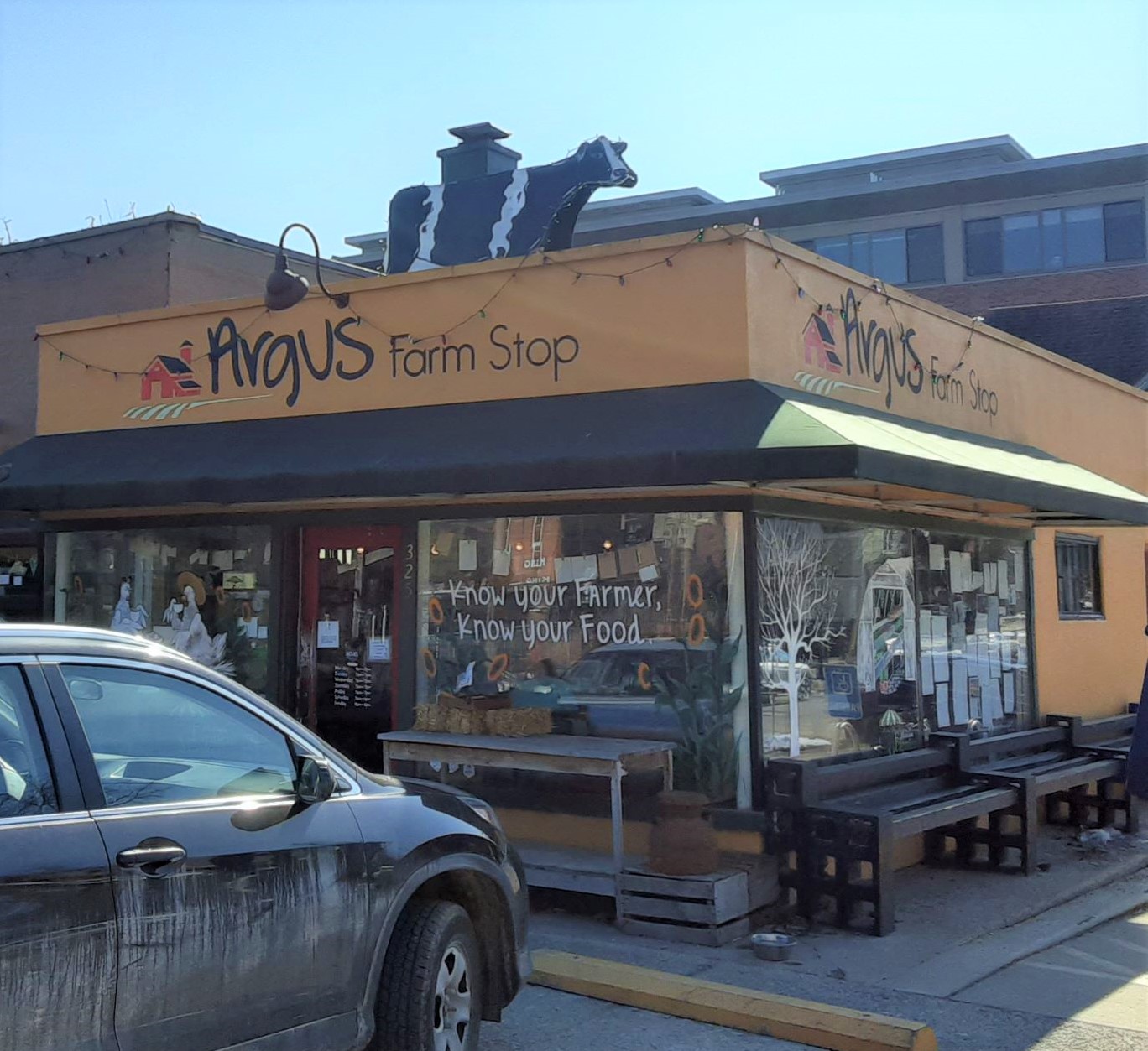 Argus, the cafe and market where all the food is local. The author works here on Sunday mornings, making drinks and interacting with her favorite regulars. (Lucy Tobier/YJI)

This can definitely be seen as positive. I am incredibly lucky to have access to an amazing education. But, at times, I worry for kids who do not want to follow in the footsteps of their parents and those around them, such as friends who would rather be mechanics or carpenters than doctors, but feel pressured by their parents to follow different career paths. For students who may not see a college degree as their definition of success, the same amounts of support are not always there.

I used to think of Ann Arbor as a little slice of heaven, a place where the chances of a seriously bad event happening – such as a neo-Nazi rally or a Men’s Rights protest – were much lower than the rest of Michigan. My views on politics are not challenged here. I rarely feel out of place or judged by others for my political and social beliefs. But now I see that this is not always positive. 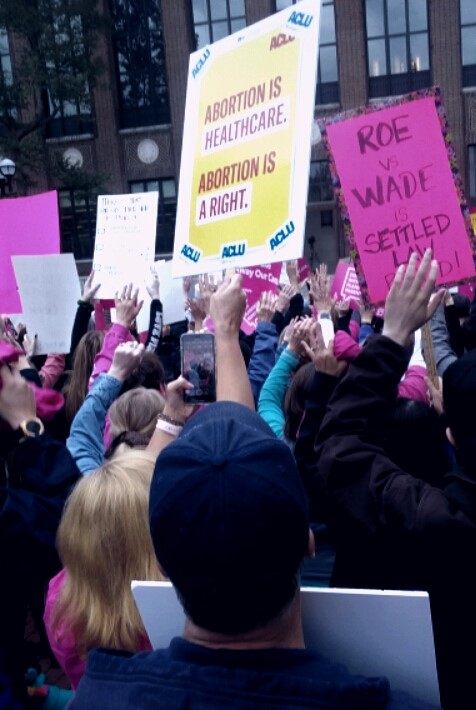 The pro-choice rally on the University of Michigan campus. (Lucy Tobier/YJI)

As a journalist, I want to be able to see every side of the story so I can report fairly. A good news story does not tell the reader what to think but gives them the cold facts and allows them to draw their own conclusion. The idea of producing news that leans one way or another, such as Fox News, makes my skin crawl.

In India for one month, my mother’s work was connected to a related school so I attended middle school with kids so wealthy they would travel to Europe regularly on vacation. But I also spent time with the housekeeper at our house who, on her one holiday off, invited us to lunch in the one-room house she shared with her family.

I hope I can continue learning about different perspectives as I continue my education, in college and life.

Lucy Tobier is a Junior Reporter with Youth Journalism International.