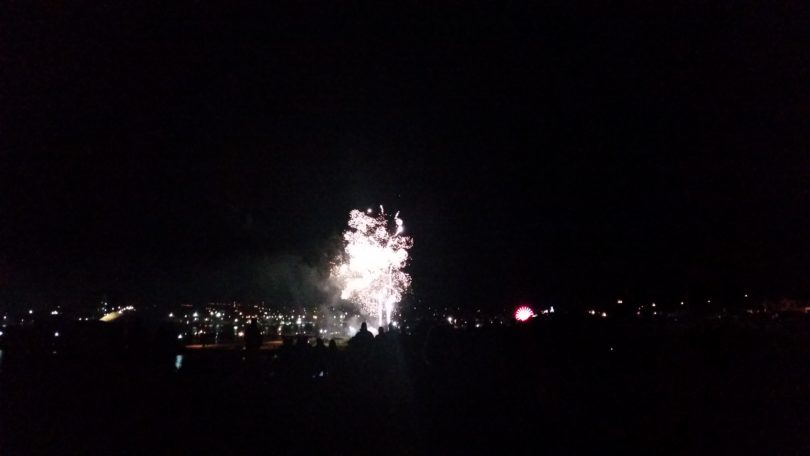 All around Australia, New Years Eve is all about two things – loved ones and fireworks.
Every year, the major cities have fireworks displays that are organized months in advance and Lord Mayors start spruiking them months in advance.
They also have multiple fireworks displays, one at midnight and one at an earlier time, usually about 9:30 p.m., to cater to families, particularly those with young children.
Many people also take the opportunity to go on holidays.
With it being summer holidays for school children and many people having time off over the Christmas and New Year period, people jump at the opportunity and go on holidays that they would not be able to go on any other time. 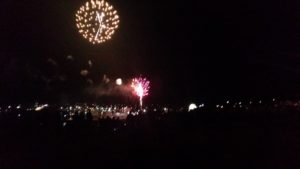 Many people from the capital cities head towards the coast to make the most of the good weather and go swimming at the beach.

The other major component to an Australian New Year’s Eve celebration is loved ones. Whether it be friends or family, it doesn’t matter.
Many Australians have gatherings with loved ones, more often than not involving alcohol. Many people get quite drunk and rowdy on New Years Eve.
These aspects of New Year’s Eve also happen in small country towns in Australia.
In the small town of Portland, located on Victoria’s southwest coast about five hours out of Melbourne, there were both fireworks and family gatherings.
Like the capitals, Portland makes the most of its local surroundings in its fireworks.
As in Melbourne and the other capitals, Portland has an earlier show and a midnight show, but its early display is at 10 p.m. instead of a half hour earlier.
That’s because it gets dark later here than in Melbourne, so they need to wait a little bit longer to make sure it’s completely dark before they can start the fireworks. But waiting the extra half an hour is worth it.
People sit on the cliffs and watch the fireworks looking over the beach towards the port. That’s a view that the big city fireworks displays just can’t match.