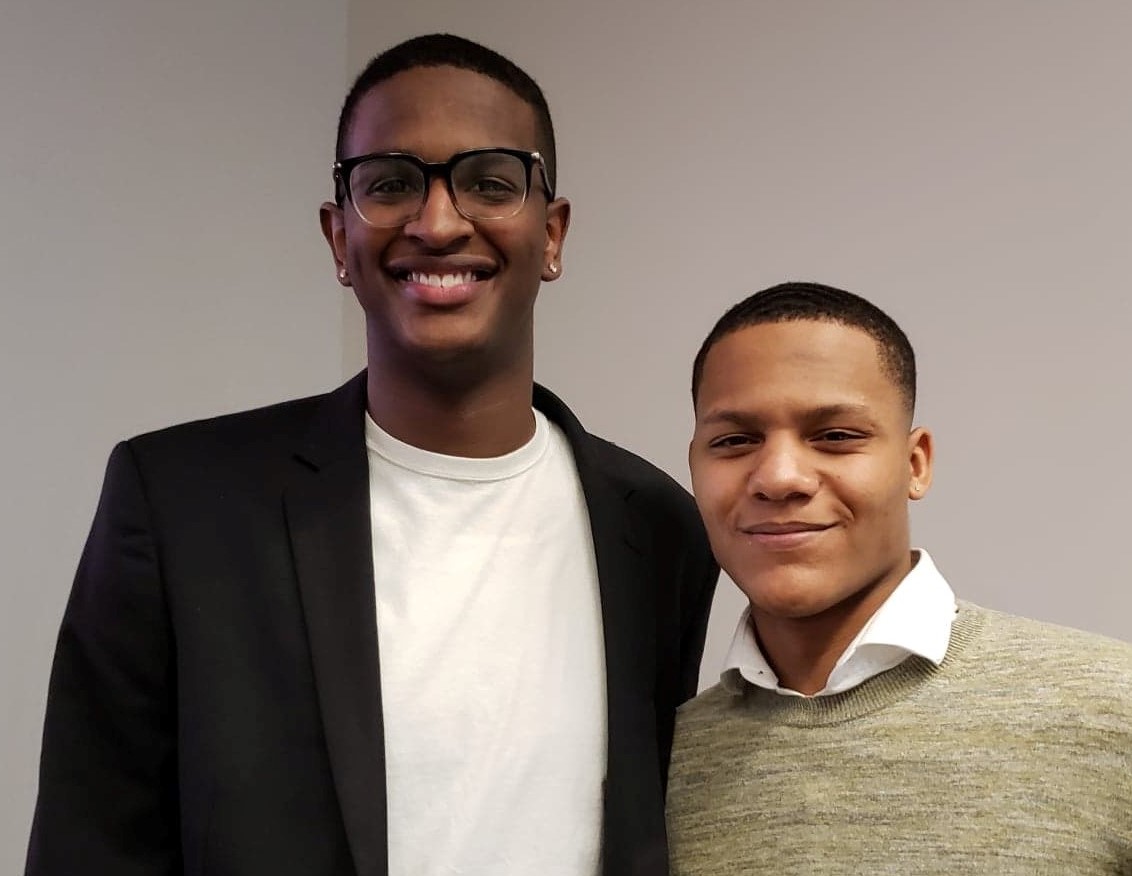 Along with other Bates volunteers, they try to create a comfortable environment for the boys so they can set and achieve personal and academic goals, according to Harrison, by “helping them discover who they are.”

The two seniors led one of the workshops at “From the Ground Up,” the Martin Luther King Day observance at Bates on Monday.

In the weekly after school program, called Boys Aspirations, McLean and Harrison work with boys in fifth grade and older. It’s held at the Lewiston Housing Authority, which also hosts a similar program for girls.

Beyond formally setting goals with the boys, they also let them relax.

McLean said the kids are full of energy after school, so sometimes they just need to blow off steam for a while. He said the program is not supposed to be a continuation of the school day.

“We’re allowing them to just be kids,” said Harrison.

McLean and Harrison said they shared their own experiences with racism with the boys to give them tools to use to cope with situations in school and out in the world.

They help the boys define who they are and who they want to be through written exercises identifying their strengths and weaknesses.

“We develop a safety net for them,” said McLean.

Harrison said they try to be “the person that we needed at their age.”

Among the boys, they try to strengthen friendships, so the children have each other for a support system.

They’re classmates, Harrison said, who have started to “rally behind each other.”

In setting academic goals, the boys say what they need help with, McLean said, adding that math and science are often mentioned. The youth are also asked about the challenges and how they plan to meet their goals.

Sometimes, they said, the bonding moments between the mentors and the boys can be very emotional. Both Bates students are graduating in the spring and they hope that new volunteers will take their place.

When he started, McLean said, the children were not comfortable socializing and the mentors had a hard time getting to talk. They tried asking about sports, their families, school and friends.

Once they formed a bond of trust, they could talk about their family backgrounds and their experiences as immigrants and children of color in school and in the Lewiston community.

The children of color, they said, are really interested in how race factors into how they are treated at school.

They taught the boys that in dealing with white people they can’t control what others do. They can only control their own responses.

They said they even use episodes of the television program “Black-ish” to spur discussions of issues like police brutality, racism and the differences in public and private schools.

Both McLean and Harrison talked about one child who, when he began attending, was so self-conscious that he wouldn’t even say his own name.

They proudly told his story, showing how much a child can grow with the right guidance. The boy now is the most talkative one in the group and has become good at rapping, they said, even playing a clip to prove their point.