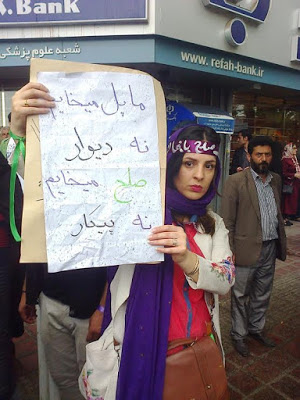 A young supporter of presidential candidate Hassan Rouhani holding her sign that says, "We want bridges, not walls. We want peace, not wars." (Frida Zeinali / YJI)
TABRIZ, Iran– Iranian citizens went to the polls Friday to elect their president for the next four years. The citizens were also voting to elect members of the country’s city and village councils but the focus is on the national race for the presidency.

Presidential elections have become the most crucial political event in Iran since the 1979 revolution.  This year’s election marks the 12th presidential race and the first one after the 2015 nuclear deal.

In Iran, the president is second in power after the Supreme Leader and is responsible for implementing the constitution and Iran’s macro policies. The consequences of elections have always resonated in both Iran and the world. 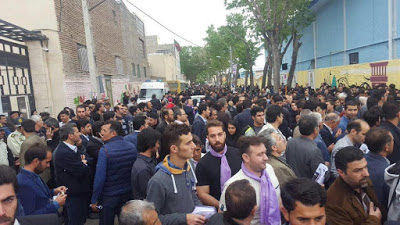 This election has become a race between two of the strongest candidates: incumbent moderate/reformist president Dr. Hassan Rouhani and his rival, Principlist Ebrahim Raeisi. Both candidates share a judicial background and high revolutionary credentials. Other strong candidates had been Reformist First Vice President Es’haq Jahangiri and Principlist mayor of Tehran Mohammed Bagher Ghalibaf. But these two announced their withdrawal from the race on Monday, with Jahangiri calling on his supporters to vote for Rouhani, and Ghalibaf endorsing Raeisi.
Mostafa Mir Salim, a Principlist, and Mostafa Hashemi Tabaa, a Reformist, stayed on the ballot for the presidency, but Tabaa urged his supports to vote for Rouhani and increase his chance of victory.

Difference between Reformists and Principlists

Principlists rely on the main ideas of the 1979 Islamic Revolution and an administration with Islamic values.
Independence from foreign states is a rigid part of their foreign policies. On the other hand, Reformists are a political front defending democracy under the Constitution. 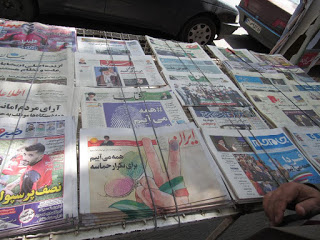 They also tend to promote interactions internationally based on Iran’s national benefits. These two terms rose to popularity during the presidency of Mohammad Khatami from 1997 to 2005 and have been popular ever since.

Campaigns, Process, and Results
Iran’s election system is based on voting for individual candidates, rather than voting for political parties. Therefore, the campaigns were mainly focusing on individuals.
Schools, mosques, and governmental offices served as polling places.
Voting started at 8 a.m. and the polls were supposed to close at 6 p.m. but remained open for several extra hours due to the huge demand from people to vote.
The winner may not be immediately known.
“After getting the opinion of the Guardian Council and the resolution of a legal issue, the results of the vote counts in this election will be announced gradually,” said the head of the Interior Ministry’s election headquarters Mohammad Hossein Moqimi late Wednesday, according to the ministry’s website.
After counting the votes, the candidate with 50 percent of the votes plus one will become the president of Iran. But if the leading candidate got less than 50 percent of the votes, the lead and the runner-up would then go for a second round.
Supreme Leader Ali Khamenei symbolically cast the first ballot of the election and in his brief interview, he called Iranians to support the election and turn out in huge numbers.
“Regardless of who wins the majority of votes,” Khamenei said earlier, “the main winner is the regime of the Islamic Republic.”
Frida Zeinali is a Reporter for Youth Journalism International. 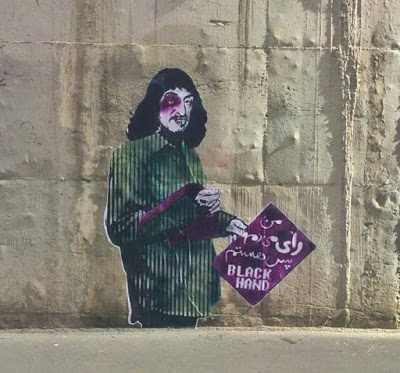 Graffiti on the street of Tabriz, Iran says, “I vote, therefore I am.” (Frida Zeinali / YJI)