The view from the observatory of a preserved part of the Berlin Wall. (Leo Bader/YJI)

BERLIN – It’s a core part of this city’s history – the fall of the Berlin Wall. On November 9, 1989, a misunderstood announcement of new regulations prompted East Berliners to flood to the wall, overwhelming the guards and bringing down a barrier that had divided the city for over 20 years.

Thirty years after that historic day, many in the city are rejoicing. But for younger Berliners that didn’t live through the excitement of the city’s reunification, what meaning does the fall of the wall really have? 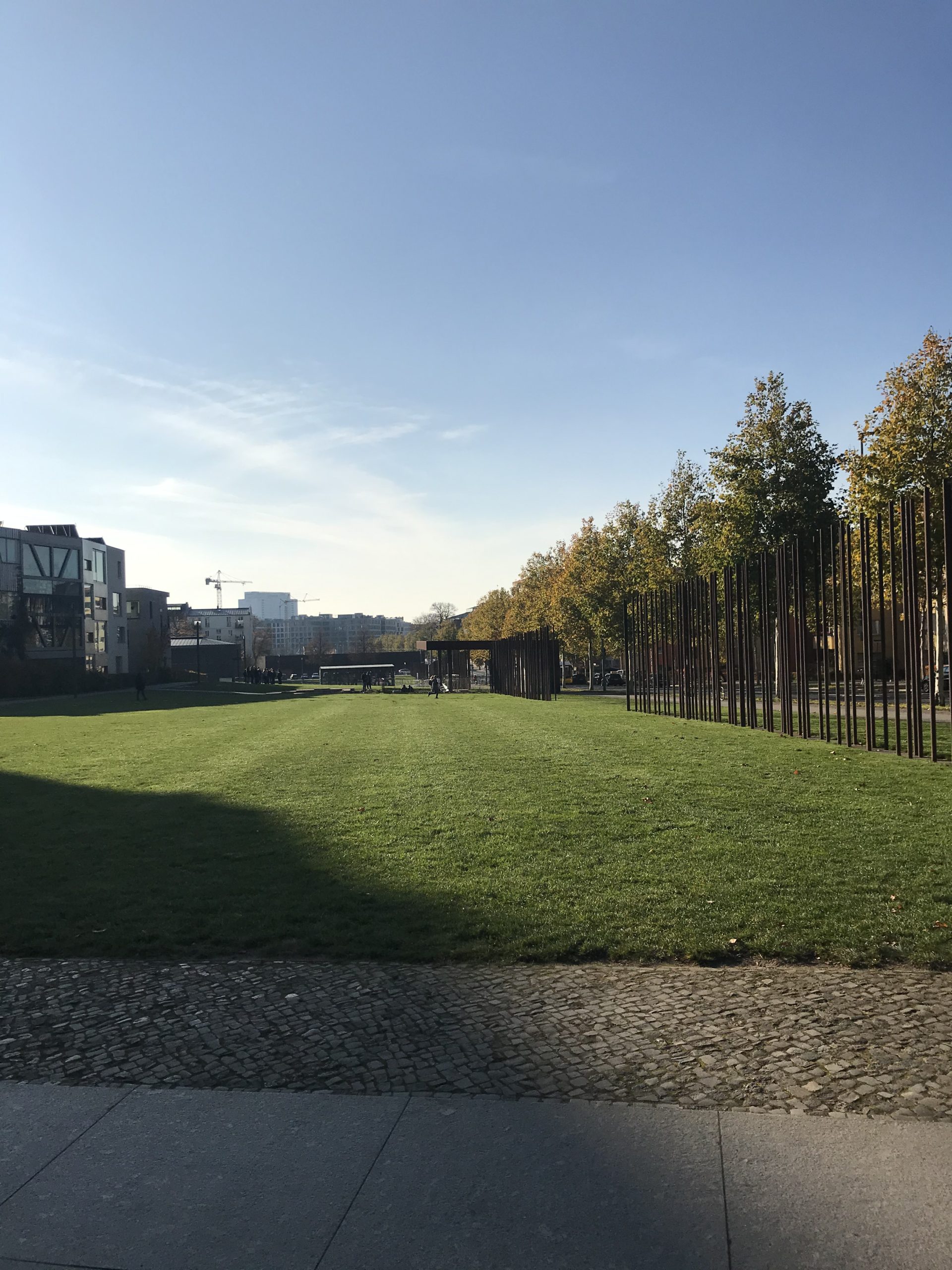 People looking at the memorial for the Berlin Wall. The stakes on the right show where the Wall used to stand. (Leo Bader/YJI)

“I do know that the Wall existed, but for me, I’m not too interested in it,” said Henri Schwieger, a high school student who has lived in Berlin all his life. For many who have lived in a unified city all their lives, the idea of the Berlin Wall is much more abstract.

“It’s not like if I’m in East Berlin then I think ‘oh I’m in East Berlin’ or when I’m in West Berlin — I don’t really actively think about the division,” said Jon Faecks, a high school sophomore living in central Berlin. “In Berlin there are definitely differences [between the East and West] but I think that it’s less noticeable here than in the rest of Germany.”

Although the Wall and its demise isn’t often on the minds of those who didn’t live through its destruction, it is by no means something that can be ignored – or something that anyone wants to ignore.

“I live in Berlin so I think I should be somewhat informed about its history,” said Emilia Staun, a high school student in the city. “I think the Wall is a part of the city’s history, but also a tourist attraction.”

The Wall and its surrounding history, such as the end of the war and the division of Germany, are covered in school. They’re discussed in history class, but can also come up in geography, German, and ethics, making sure that every kid has at least heard of it.

“I think that we know a lot on the subject because we live in Berlin, but it always could be better,” Schwieger said.

Reminders of the Wall can also be seen all over the city. A large exhibition is permanently up on Bernauer Strasse, an area that was on the border of the divided city. It is quite accessible from all parts of Berlin. It features an indoor and outdoor exhibition, a block-sized original section of the Wall, and an observatory on the other side of the street to get a good view of the wall.

Bernauer Strasse isn’t the only place to see the Wall. The longest stretch is the East Side Gallery, and it can also be seen at Mauerpark, Checkpoint Charlie, and Potsdamer Platz. The opportunities to learn about the Wall are all over the place. 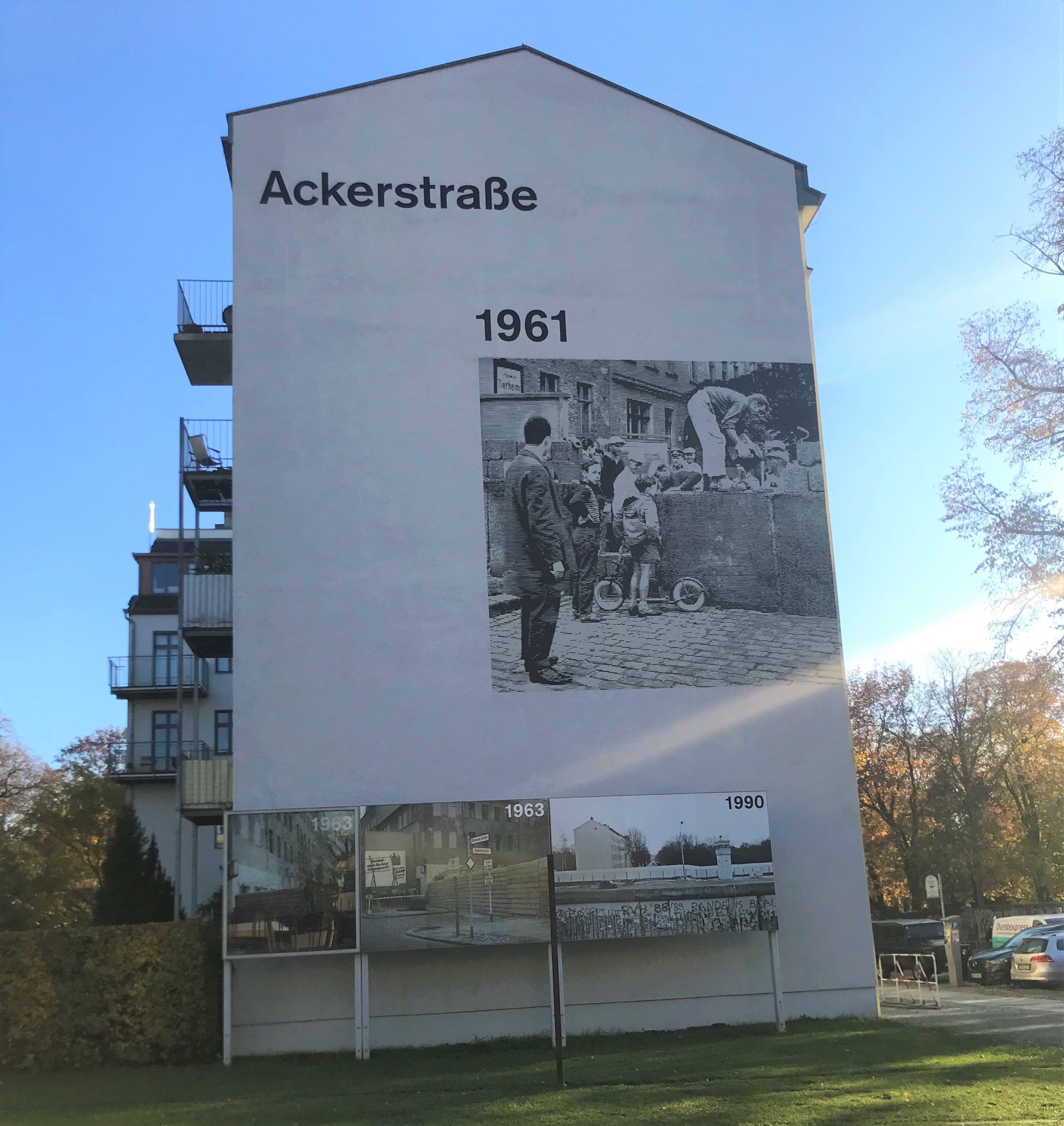 A photograph from 1961 depicting the construction of the Berlin Wall is painted onto a building at the site. (Leo Bader/YJI)

But not everyone has an interest in learning about it. At the memorial on Bernauer Strasse—probably the first place someone interested in the Wall would go, it was hard to find anyone who seemed to be under the age of 30.

It’s unfortunate that not many younger Berliners are interested in such an incredible part of the city’s history. Whether they are interested or not, though, everyone in Berlin knows about the Wall.

They learn about it at school or just by moving around in the city, and the knowledge is imperative for preserving Berlin’s rich history Berlin.