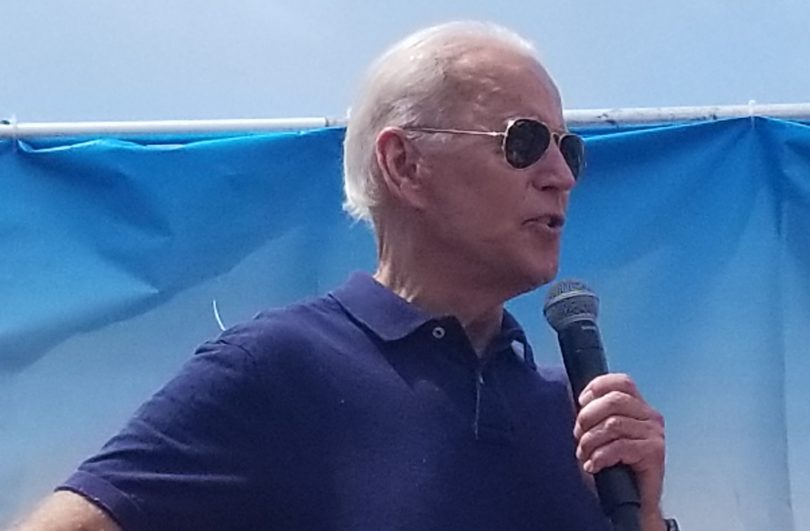 MELBOURNE – Another U.S. election is over, but this was never going to be any ordinary one, was it?

I’m very happy with the result, but also confused and concerned. Don’t get me wrong, I’m very happy that Joe Biden won, but the fact that it was as close as it was is what confuses and concerns me.

Donald Trump has done so many bad things over the last four years and yet he still got a lot of support. If someone could explain to me why so many people voted for Trump, I would appreciate that.

More than anything else, my overwhelming feelings are relief and hope – relief that this crazy, scary and troubling presidency is over, and hope for the future.

To say the Trump presidency has been a chaotic mess is an understatement. His lack of action on climate change, his non-response to the pandemic as well as his policies on immigration are just some of the things that I have found very concerning and scary.

This result has restored my faith in America and its priorities.

More on climate change in a moment, but first – the pandemic. The number of daily cases that the U.S. continues to see is mindboggling, and hard to comprehend for someone like me living in Melbourne, a city in the middle of recording a string of no new cases and no new deaths each day.

For the record, at the time of writing our streak is currently 10 days long. The U.S. must get the virus under control. No, it is not a hoax. It is real and very deadly.

Biden promised he will tackle the pandemic and that makes me really happy. Some of the techniques he plans to use have proven to work. Just look at us here in Melbourne as the proof that lockdowns and mandatory masks work.

For those who are worried about potentially being forced to wear a mask, you have absolutely nothing to fear. Yes, masks are annoying, but you do get used to them and no, they don’t take away your freedoms or your human rights.

It just becomes part of your routine as you leave the house. You make sure you have your mask with you alongside your keys and phone.

Now climate change. The U.S. is one of the world’s biggest polluters and must play its part in order to stop climate change. (Australia needs to list their game too, but that is a rant for another day).

Trump is a climate change denier, and the fact that he took the U.S. out of the Paris Climate Accord is horrifying. The fact that Biden knows climate change is real, let alone wants to sign the U.S. back up to the accord and transition the U.S. to renewable power is heartening. Quite frankly I wish our political leaders over here were that forward thinking.

I also wanted to touch on the historic nature of this election, specifically Vice-President Elect Kamala Harris. I’m so happy that America will finally have a woman vice president. Sure, it’s not as good as having a woman president, but it is a great start.

I really like what I’ve seen of Harris so far. I’ll be the first to admit I don’t know a lot about her, but she sure has made quite a good impression on me. She’s a great speaker, and she’s also someone who doesn’t take rubbish from anyone, which is satisfying to see.

Overall, I’m pleased with the election result. It gives me hope for the future, and that America will once again become the great country it can be.

MADRID – For most of my life, I’ve had a tough time defining the word home. Is home a house where...

What does it mean to experience loss? The prospect, for obvious reasons, leaves a bitter taste in...