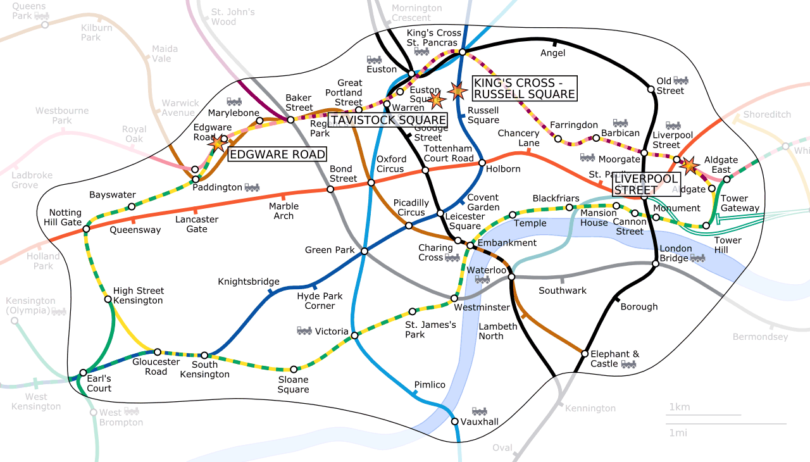 LLANRWST, Wales — I shouted to my mother “Come, quick! London has been bombed!”
I don’t think anyone felt London was immune from terrorist attacks, because despite the police foiling several attacks, they warned that an attack was “imminent.”
However, after the glorious celebrations of having the honor to host the Olympic Games in 2012, I didn’t expect a scene of carnage only hours after overwhelming joy.
Sadly, these attacks have tried to bitterly destroy London’s plans for hosting the Olympic Games, but the terrorists will not win.
As the prime minister, Tony Blair said, such acts can only be described as “barbaric,” because it’s not an attack on any one government, it’s an attack on you and me regardless of our age, gender or religion.
It makes me sick to the stomach that these callous murderers try and disrupt our rights as individuals to roam in a free society.
The four blasts that ripped through the British capital have claimed around 40 lives and bear the hallmarks of Al-Qaeda, reminding us that we are fighting a war that is nothing like we have faced before. It brought back memories of the nearly 3,000 that died on 9/11.
I would like to utterly condemn these attacks and my heartfelt sympathy goes out to all those affected by Thursday’s bomb blasts.
We must stand up strong and become united together by not ever letting the terrorists destroy our way of life. If we appear weak we will let the terrorists win, so my advice to Londoners and everyone in the world is to go about your daily lives but be extra vigilant and report anything suspicious to the police.
The G8 summit in Gleneagles, Scotland aims at making the world a better place by limiting the problem of poverty and dealing with climate change.
Although acts of terrorism are evil, we have to remember that in Africa 30,000 people die needlessly every day. And climate change is transforming our planet as we know it.