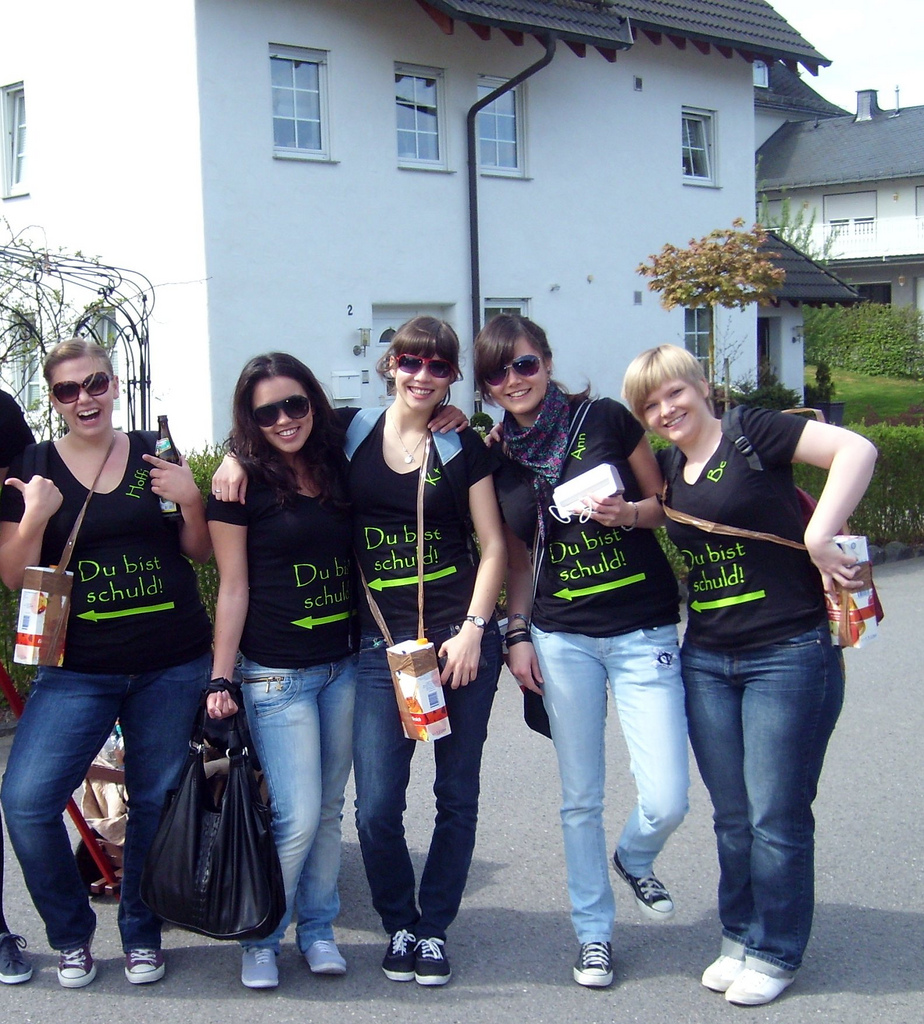 MESCHEDE, Calle, Germany – Every country has its fill of national holidays. Some come and go and only make themselves noticeable by granting a day off from school and work. Others, however, have much more appeal.
In Germany, May 1st is one of those special days.
May 1st is traditionally known as “Day of Work” – similar to Labor Day in the United States. It first became a national holiday in 1933 under the Nazi Regime and the Allied Control Council decided to allow the defeated Germans to keep this national holiday after the World War II.
The evening before, April 30, is traditionally called “Walpurgisnacht.” 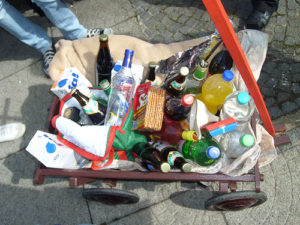 A ‘Bollerwagen’ for May Day. [YJI]

In many cities, towns and villages across Germany, there are private and public “Tanz in den Mai” – “Dance into May” celebrations.
These nights of dancing, singing and drinking have only little to do with the original festivities. In the past, these involved fires to drive away “bad ghosts” and it was the custom that lovers joined hands and jumped over the fires together, something that is no longer done today.
There are huge demonstrations throughout Germany, especially in the Berlin, the capital, where every year the police have to fight to control both left and right extremists.
The “Deutsche Gewerkschaftsbund” – the “German Confederation of Trade Unions” hold annual rallies. This year, their motto was “We move forward.”
Although May 1st has a very political meaning in Germany, the region I live in tends to be more focused on the social aspects of the holiday.
In the Sauerland, it is tradition to go hiking on the first of May. Early in the morning, you can see families set out with their children, either alone or in big groups.
The hikers pull “Bollerwagen” – little wagons – behind them, filled with food, drinks, picnic blankets and more often than not, young children too tired to walk. Sometimes the fire brigades or police departments will organize huge group hikes and have a party in the evening.
In Meschede, the town where I live, teenagers usually don’t accompany their parents on these annual hikes. Instead, they meet at the Hennesee, a dam right on the outskirts of Meschede, which has vast spaces of grass for the hundreds of hikers to spread out on.
Unlike their parents, the teenagers usually don’t come to picnic, but rather to drink and mingle with their friends. Although at the end of the day the city is faced with the task of cleaning up immense amounts of litter – everything from empty bottles to half-filled chip bags – most of the youths can keep themselves under control.
However, every year there are incidents that remind the town of the dangers May 1st can bring.
There are the comparatively harmless cases of theft, for it is somewhat of a tradition to try to steal carts from local stores to wheel the cases of beer and bottles of Schnapps up to the Hennesee.
Then there are the far more serious moments when ambulances have to try to drive through the masses in order to reach oftentimes young teenagers who have drunken too much and as a result either passed out or fallen down and hurt themselves. Pieces of broken glass that fill the walkways along the lake are dangerous to all those running around barefoot, or to those that lose their balance and fall down to the ground.
As with many holidays and public festivities, there are people who manage to have a good time without sad and tragic incidents.
Many families, children, teenagers and grown-ups spend their day in the sunshine listening to music, singing together, enjoying good food and good company and taking delight in an extra day off from work and school. Others, however, are not so fortunate and either on account of their own irresponsibility or that of others, end the day in the hospital, getting stitches from a fight, having their stomachs pumped out, or getting their various wounds bandaged.
Luckily, the number of those who have a good time outweighs the number of those who don’t, so May 1st remains to Germans a holiday worth looking forward to every year, regardless of whether in the historical, political or social sense.