The last-minute comeback win by a team that blew away everyone they played this season proved without a doubt that Florida State really was the best team in the country.
It hasn’t always been so clear.

Since 1998, the
BCS has used a computer selection system to determine who would play in the  national
championship for college football. But all along many have called it unfair.

Next year,
the college football world will finally get what many have asked for: a playoff
system that will allow the NCAA’s Division One Football Bowl Subdivision championship to be determined the way it should have
been all along, on the field.
The BCS
series, for all of its faults, has created some memories over the past decade.
The Rose
Bowl, Fiesta Bowl, Orange Bowl, Sugar Bowl and the BCS National Championship
Game have created drama that sports fans will never forget.
From Ohio
State’s leading ten BCS game appearances to the upset wins by non-BCS teams
over the years, there are many moments that won’t be forgotten. 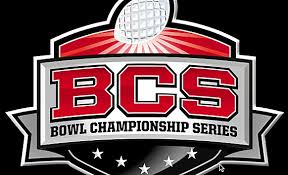 How about in
2007 when Boise State made its first appearance in the BCS? Thanks to a trick
play called the Statue of Liberty, Boise State pulled off a Fiesta Bowl upset over
heavily favored Oklahoma that no one could believe.
And how
about when Utah completed its undefeated season in 2009 by shocking the sports
world by defeating a Nick Saban-led Alabama team 31-17 in the Sugar Bowl?
Alabama was favored in that contest by 10 points. Utah completed that season as
the only undefeated team in college football, leading to the well-known
controversy about whether it should have played in the national championship
match.
Now that the
BCS era has come to an end, people will ultimately decide which four teams will
reach the college football playoffs.
Though the
college football world is finally getting what many have pushed for since 1998,
rest assured that controversy will remain.

With a committee
similar to the selection committee for the NCAA basketball tournament deciding
which four teams reach the playoff, it’s a sure thing that not everyone will be
pleased. Who makes the cut will, no doubt, create plenty of controversy next
year, and for many years to come.