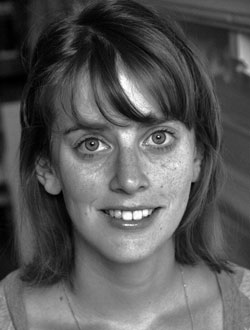 New Haven, Connecticut, UNITED STATES — Despite its name, the play “The Wendy Play” has nothing to do with the character in Peter Pan, although it did involve some magic.

The play, written by Yale School of Drama student Amy Herzog, was a look at complex teen relationships, both friendly and romantic. It centered around Wendy, a young new drama teacher at a summer arts “conservatory” (not to be confused with a camp).

The play opens with a frazzled Wendy, played by Nicole Berger. She came onstage and spoke directly to the audience, saying that she was responsible for the injury to a student but nonetheless she was about to drink with another.

The story then started from the beginning of the summer when Wendy first arrived and went through rehearsals for the play Wendy had written – essentially, it was the “play within a play.” Relationships started to form between the students. In that way, the play accurately depicted the dramas that high school students experience in their daily lives.

The actors were great. Some were Yale School of Drama Students and many were high school students from the New Haven’s ACES Educational Center for the Arts. They even performed dances between scenes, which was a creative way to distract the audience from the set changes.

The play’s realistic teen characters encompassed many familiar stereotypes of students that exist in every high school – the popular girls, the geek, the shy girl, and the rebel. Not only did the character’s personalities reflect their types, but so did their costumes in the play. (Think heavy eyeliner and black clothing for the rebel.)

Much of the play contained entertaining one-liners, especially from two of the married teachers, who can best be compared to the characters Tim and Cindy Devlin on the sitcom, “According to Jim.”

Played by Barret and Michelle O’Brien, they were extremely bubbly and flaky, fanny-pack toting counselors. But they tried to censor Wendy’s “inappropriate” comments and themes in her play, including things like PMS.

This is not what parents pay $5,000 to send their kids to the conservatory for, the pair continually told Wendy.

But the storyline took a turn for the worse when the “play within the play” began. At times, it was hard to distinguish if the characters themselves were speaking for themselves or reciting lines for Wendy’s play.

Also, forest nymphs somehow further entangled the relationships of the students, causing even more drama and jealousy. The nymphs, though they referenced “A Midsummer Night’s Dream,” proved an unnecessary distraction from the main issues unfolding between the characters.

The end of the “play within a play” came to an abrupt halt when a student accused of being “easy” had sudden stomach pains.

It turns out that she had been eating her own hair, which caused severe stomach pains and a reason to operate. Apparently, the disorder was aggravated during stressful times. Wendy was accused of being the cause of the increased stress because she gave “a vulnerable girl a sexual role.”

The play ended just as it had begun, with Wendy about to drink with a student after being accused of causing a girl’s breakdown.

Although the storyline of the play was confusing and some parts were unnecessary, the actors were able to take it and make the play more relatable.

“The Wendy Play” was part of the Carlotta Festival of New Plays at Yale. 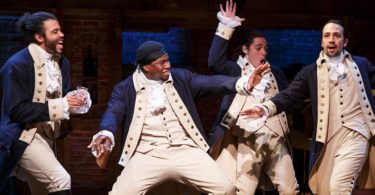 Portlaoise, IRELAND – Hamilton has become a cultural phenomenon not only in the U.S but worldwide... 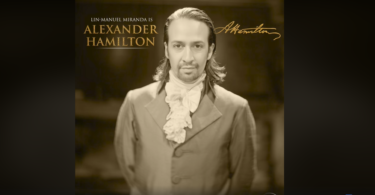 Make time for this: Matthew Ennis, a rising young journalist from England, decided to find out more about the addictive nature of TikTok. He had to delete the app from his phone to get the work done. See his drawing of the TikTok playground, his well-sourced story, a personal essay and a brilliant four-panel cartoon by Yunkyo Moon Kim that completes the package. www.youthjournalism.org/losing-track-of-time-it-might-be-tiktok-oclock/ ...

Following the recent 'honor killings' by fathers, brothers and husbands of the girls of my country; this is for R0mina Ashrafi, age 14 of Talesh, Iran; Reyhaneh Ameri, 22 of Kerman, Iran and Fatemeh Bahri, 19, from Abadan, Iran. (Parnian Shahsavary/YJI) ...

Another reason to appreciate 'Hamilton' is how it is turning kids into history nerds: www.youthjournalism.org/hamilton-gave-her-a-new-love-history/ ...