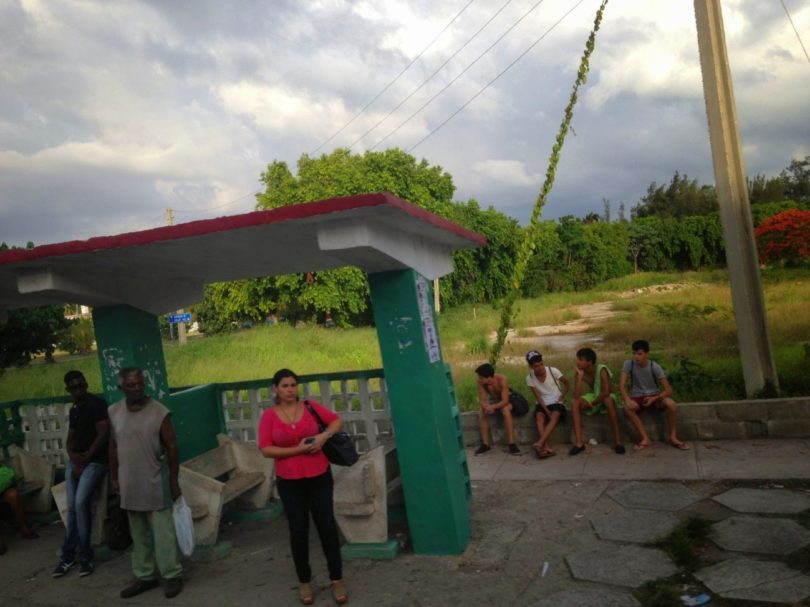 By
Maria Luiza Lago
Reporter
Youth Journalism International
HAVANA,
Cuba – Maybe you don’t know what it’s like to have your TV channels controlled,
to have limited or no access to computers or the internet, or not to be free to
speak your mind in public.

I
wanted to know what that was like, so on a trip to Cuba, I interviewed some
young people around Havana about their lives and dreams.

I met 15-year-old Aylem Isabel Obrégon Bolaño at the
beach in a small town near Havana called Varadero.
She told me that the Internet exists in Cuba, but it’s
very expensive, so not a lot of people have access to it.
She has never left Cuba, Bolaño said, and was in
Varadero to celebrate her birthday. She plays an instrument called the Laúd, which is a plectrum-plucked
chordophone
from Spain,
similar to a guitar.
Bolaño studies in Havana at the Escuela Nacional de Arte, a national arts school and said
she dreams of being successful with her music.
At the
bus station in Havana, I met a lot of young people.
I found
16-year-old Roberto Mantilla, who is taking college preparatory classes. He
told me he wants to be a doctor.
Mantilla
likes to go the beach with his friends to practice sports and doesn’t intend to
leave Cuba. He said he didn’t have a clue of what he wanted in the future, and
was a little bit shy to speak.
Antonio
Viscoy, 18, was even more timid when I tried to interview him. He kept looking
at my notebook, which contained my prepared questions. He just answered “yes”
or “no” to most of them, in a low voice.
Viscoy
is at university studying to be a Spanish teacher. He said he thinks it is good
to be a Cuban teenager, but didn’t specify why.
He
feels he has everything he needs here in Cuba, Viscoy said. I tried to ask him
why, but he just said, “Because I think so.”
Viscoy expects
to be a happy man in the future. When I asked about his dreams, he said he didn’t
have one.
The
next person I spoke with was a 13 year-old boy, Jimmy Curos Vinent. He studies
at Escuela Nacional de Ballet de Cuba – the national
ballet school in Cuba – and is in 7th grade.
Vinent dances
classic ballet and since he was eight years old,
has dreamed of being a professional dancer, just like the Cuban dancer Carlos
Acosta, who has won dozens of awards in his career.
He has good opportunities for the future, Vinent said.
He said his school helps him not just to learn, but to be a better person, to get
to know other cultures and their stories.
Alejandro Sevile, 23, was the first person to tell me
that is “a little hard” to be a Cuban teenager. He said he misses freedom.
Sevile used to study mechanic engineering, but he quit
to work as a bartender.  He was a little
shy and on his way to work when we spoke.
When I asked Sevile if he had any dreams, he hesitated
for a moment. He said he had many, but the one he revealed to me was his desire
to know other countries.
One of the young people I met, 19-year-old Iracema, wouldn’t
tell me her last name.
She’s finished with her studies, Iracema said, and
works in an Identification Institution, similar to a notary’s office.
She said she likes being a Cuban teenager, that she
feels really safe.
But Iracema pointed out that Cuban schools should have
more computers, especially in chemistry and physics classes. When she was a
student, she said, writing by hand was the only option.
As for Iracema’s dreams, she said she wants to travel
around the world, mostly to Europe.
As I spoke with these Cuban youth, I realized most of them
were shy, and I felt that most of them were afraid of answering my questions.
None of them had left their country, but they said
they didn’t feel isolated. They don’t want to move away from Cuba, they said, but
they do want to travel and know the world a little bit better.
I wondered how they could say that they’re not missing
anything in Cuba since they haven’t ever left the country or enjoyed some other
liberties that young people in other places have.
It’s hard to miss something you don’t know about or
have, and even more difficult for them to understand how young people live in
other countries.
While these young people seem isolated to me, I think
they’ll achieve their dreams, if they work hard. What I don’t know if they’ll
ever know freedom like I do.