BUENOS AIRES, Argentina – The youngest person to ever receive a Nobel Peace Prize, 17-year-old Malala Yousafzai – a Pakistani activist for education – is an inspiration to people all over the world.

As a 15-year-old girl, the fact that a girl just two years older than me can make such a difference is astonishing. She is just as inspirational as other characters such as the Mexican painter Frida Kahlo, the American Civil Rights icon Rosa Parks, the German Jewish diarist Anne Frank and many others.

I’m sure Malala will be remembered many years from now. 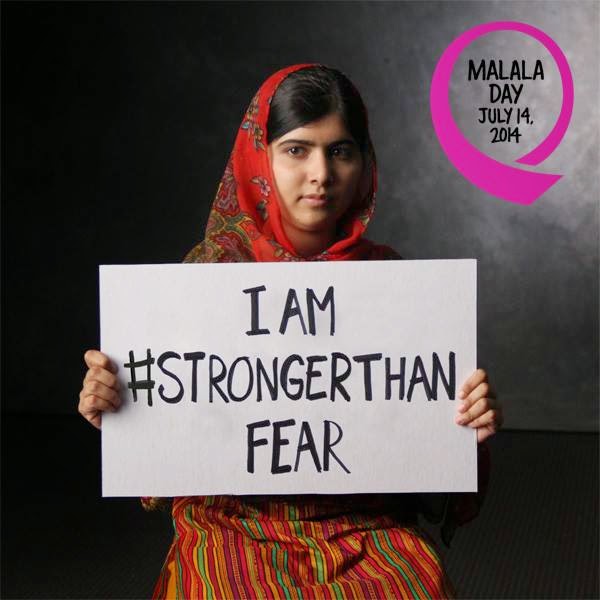 Malala Yousafzai, in a photo posted on the Malala Fund Facebook page.

I had never seen Malala’s face until a few weeks ago. I had heard of her, but never seen her. When her picture appeared on the cover of a local newspaper, I couldn’t help but smile.
She holds so much power and determination in her gaze that it just blows you away. She is so beautiful and strong – who she is, is what gives her such beauty.
But I also remind myself that she is not the only one suffering.
To save Malala, we, as citizens of the world, have to save every single human being whose rights are being violated.
The French, in their declaration of human rights, wrote, “Every single member of the society must have their rights respected as to be a society respectful of human rights.”
The world cannot simply ignore the bad things happening. We must let go of our selfishness and begin to fight for human rights.
In an interview with Glamour magazine after surviving an assassination attempt by Taliban terrorists, Malala discussed how she dealt with fears that she could be targeted.
She said she told herself, “Malala, you must be brave. You must not be afraid of anyone. You are only trying to get an education – you are not committing a crime.”
So be it. Be brave and stand up for those whose voices have been taken.

Nadia Rogovsky is a Junior Reporter for Youth Journalism International.