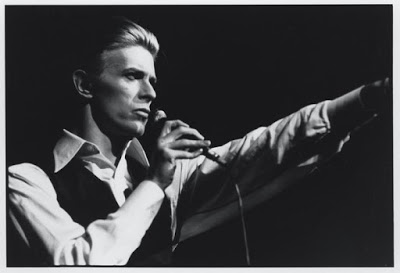 HOUSTON, Texas, U.S.A. – David Bowie was indeed a superman.
Towards the end of a long career as an artist, making music, taking the stage and painting – he showed remarkable strength in an 18-month battle with cancer.
The end of his battle – his death on January 10 at age 69 – got the whole world reminiscing over his incomparable talent as a musician, singer and actor.
Bowie’s  superman qualities were not only limited to his strength but also to his artistic abilities. Bowie has left many marks on this world, from his phenomenal music and outstanding acting to his paintings.
He was definitely multi-talented.
I knew Bowie best through his movies. He was an outstanding actor with films like The Man Who Fell to Earth, The Hunger, Merry Christmas Mr. Lawrence and many more.
His performance in the 1983 version of The Hunger impressed me most. He got into his character so much, doing justice to the role of a classic vampire.

Bowie began his acting career in the theater and followed it by small and extra roles. His major acting breakthrough came with the 1976 film The Man Who Fell to Earth in which he played the role of an alien.
New ideas about aliens and other creatures from outer space were just emerging when the movie came out.
In the 1978 film Just a Gigolo, Bowie played the role of a World War I officer who doesn’t have a job after the war and decides to escort lonely rich women.
Bowie played different roles – such as an alien, a soldier, a vampire, a physicist and a prisoner – in a thought-provoking way.
Apart from movies, he also showcased his acting skills in TV series like Dream On. Bowie also performed as a voice actor on some popular television programs, including SpongeBob SquarePants and The Simpsons.
Bowie was a superman with many talents. Even if, like me, you don’t know a lot of Bowie’s music, you can join me in giving him credit for making us feel infinite. In a memorable scene from the 2012 movie The Perks of Being a Wallflower when the three main teenage characters unite over “the tunnel song.”
Yes, it was David Bowie’s song, “Heroes” that inspired the characters in this scene.
Today, we thank the legendary David Bowie for being an artistic superman.
Marium Abid is a Junior Reporter for Youth Journalism International.