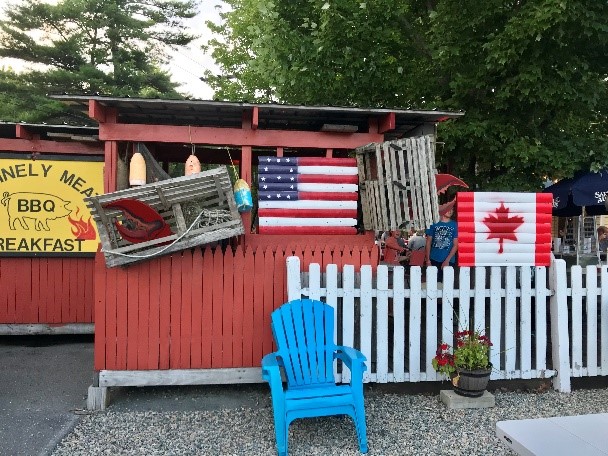 An alternative-design American flag beside the Canadian flag in Bar Harbor, Maine. The love for lobster is probably what unites the diverse groups of tourists here. (Selvaganeshamoorthi Balakrishnan/YJI)

Bar Harbor, Maine, U.S.A. – Perched off the Maine coast, on a small bit of land known as Mount Desert Island, is Acadia National Park – one of Maine’s largest tourist draws.

I got to see its beautiful turquoise waters, exuberant lush greenery and immaculate rocky beaches which are the national park’s rock stars. But what charmed me most wasn’t Acadia’s greenery or landscape, but instead its international flair and diversity.

On the streets of Bar Harbor – the main town sitting juxtaposed to the national park’s entrance – I heard a smattering of a dozen tongues spoken in a variety of accents. 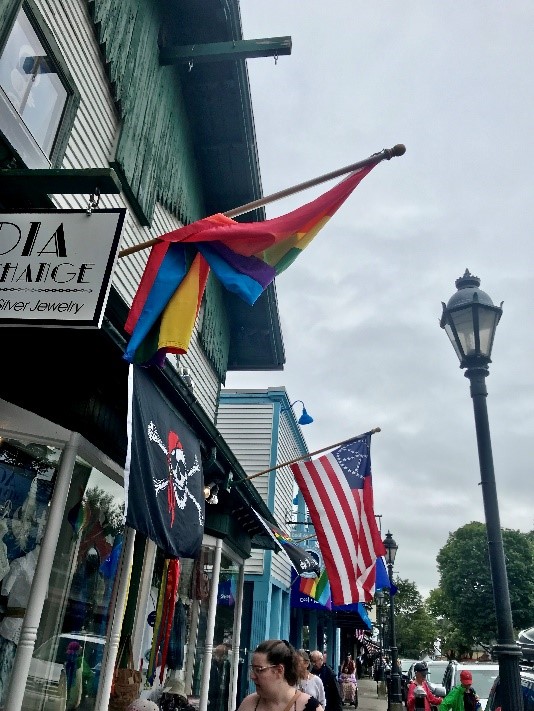 An LGBTQ flag hangs in Bar Harbor near an alternative rendition of the U.S. flag and a pirate flag. (Selvaganeshamoorthi Balakrishnan/YJI)

While languages such as French – spoken by northern neighbors from Quebec, and Spanish, the first language of sizeable minority of U.S. residents – is not all that surprising, I did hear a few more exotic languages, including Hindi, Chinese, Japanese, Filipino and Russian.

This roused the polyglot in me who admittedly tried eavesdropping into conversations conducted in the three out of the four languages I know – English, French and Russian – but I felt a little shy to strike up a conversation in any one of them.

Maybe the cruise ship docked nearby had a role to play in that day’s diverse tourist profile. But there were other indicators in town suggesting that receiving guests from foreign lands is a usual thing in town.

At the municipal level, Bar Harbor’s management should be lauded for having embraced diversity and catering to tourists from foreign lands. A few information boards in town were bilingual – in English and French – which I’m sure must have made French Canadians feel a little more at home even when abroad.

On the streets, the fluttering Canadian and U.S. flags, on top of the LGBT ones, seemed to be screaming “DIVERSITY” at the top of their voices!

Never had I expected that in this small slither of land off the Maine coast, a microcosm of the world would have taken root.

By the way, there’s currently a raging competition of sorts in the region as to who has the best lobsters. I chanced upon a few live Canadian lobsters on sale at a local supermarket. That says a lot.

Selvaganeshamoorthi Balakrishnan is a Correspondent with Youth Journalism International. 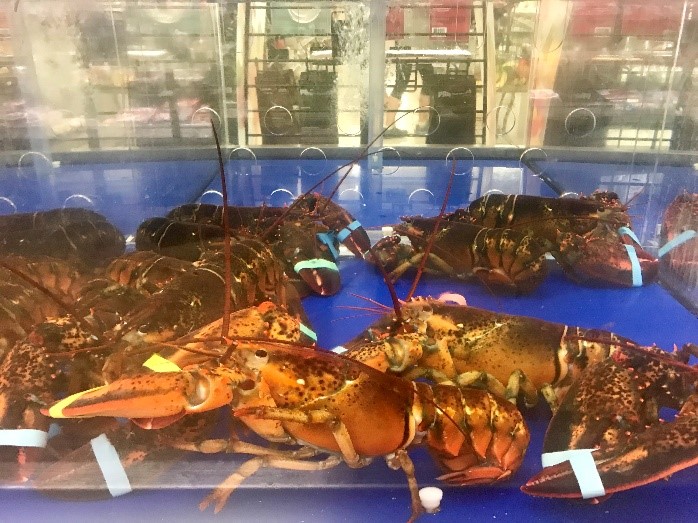 Live Canadian lobsters on sale at a Maine supermarket. That says a lot as to who has the best lobster! (Selvaganeshamoorthi Balakrishnan/YJI)