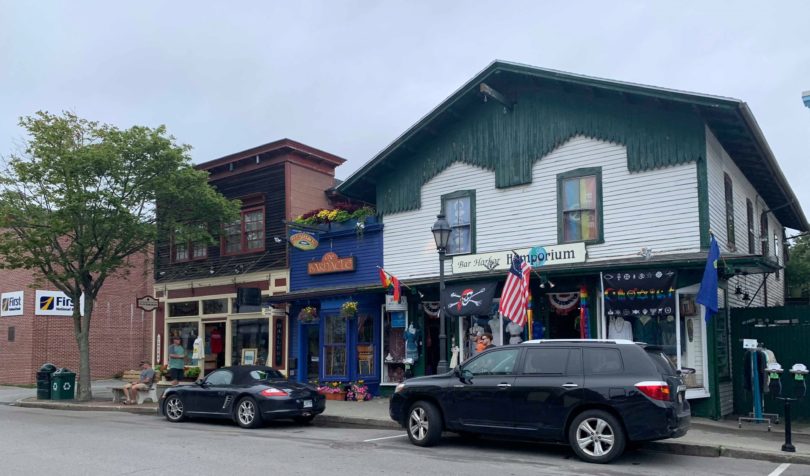 Bar Harbor, Maine, U.S.A. – To create a town like Bar Harbor, you need the following; a unique location such as a rare island that doubles as a national park, a full commitment to the enchanting New England aesthetic and of course, an unhealthy obsession with lobsters. Located on the island of Mt. Desert, Bar Harbor sits quietly in front of the staggering Cadillac Mountain and Acadia National Park. The rolling fog, crashing waves and ominous view of the tallest mountain on the eastern seaboard ensures that you are in for a treat before you even step foot into the town. When entering Bar Harbor, the pleasant looking New England homes will accompany you right up to the main street where everything changes.

Now, you will find yourself easily caught up in the slow but constant bustle of Bar Harbor, a feature often shared by captivating tourist locations. But the bright signs advertising $10 psychic readings and boutique dog parlors will soon catch your eye and let you know that you are not in an average American town. All types of people stroll by, looking at the town around them instead of their phones and there is no question why.

Bar Harbor dedicates itself to looking cute and coastal and it manages to keep up appearances. Nets and barrels are carefully placed in the entryways of restaurants and the ice cream signs and occasional skull and crossbones flag are noticed from each street corner. Not to mention the constant cry of seabirds and smell of seafood being prepared nearby. The streets of tiny Bar Harbor, Maine, are jammed with slow moving vehicles making their way between parked cars in the busy summer months. Beyond the jammed village street is a local park overlooking the harbor, where a fine mist hovers over the sailboats. (Owen Ferguson/YJI)

It is apparent that this place is a fantasy, and surely not somewhere where people would live every day. The old tram carriage renovated to give pensioners a special tour of the town will chug by and the varied signs continue but one thing remains constant –  the lobsters. 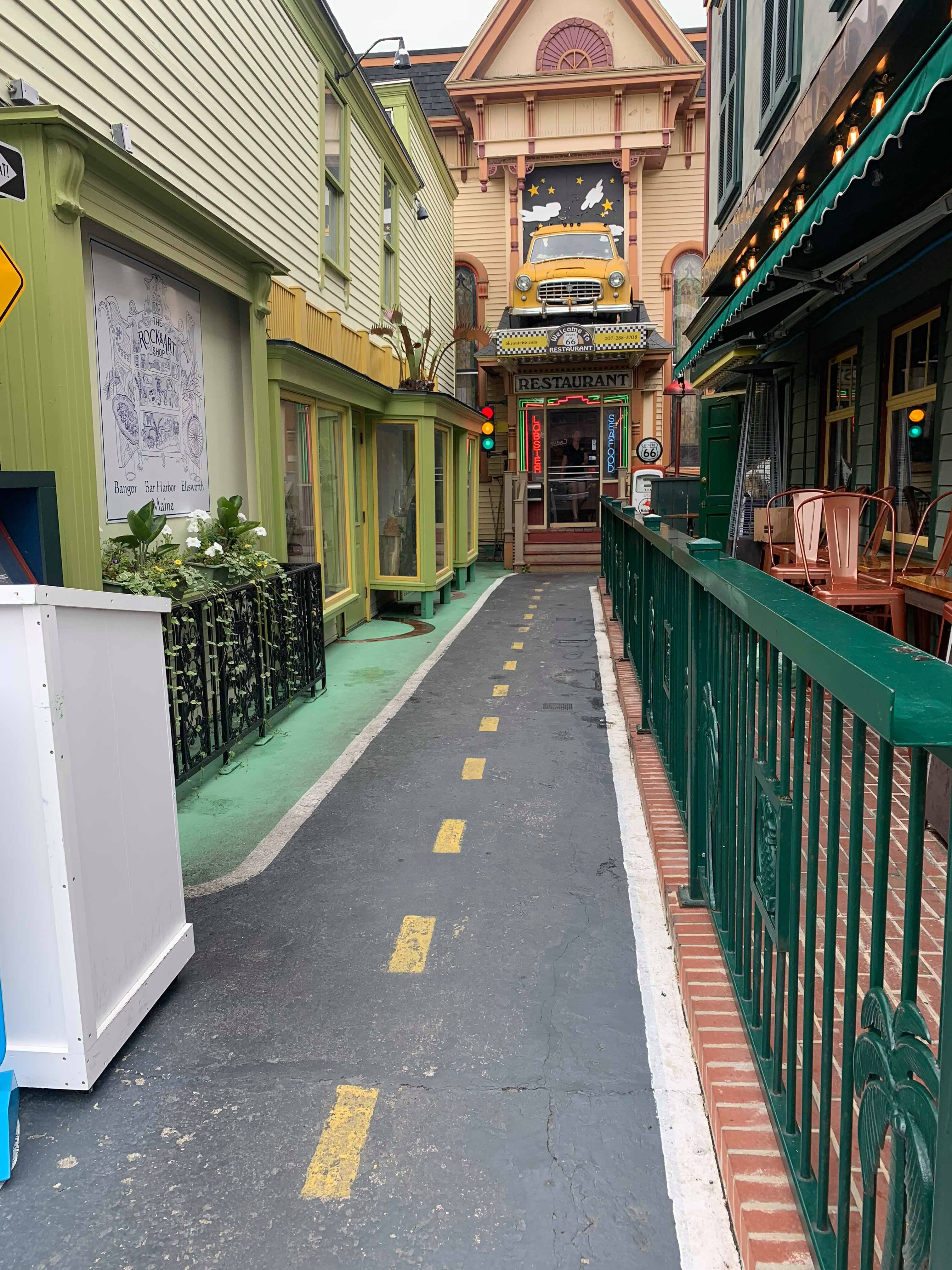 It is a safe bet that you could spin yourself in any direction with your eyes shut and when you open them, you will see some form of a cartoon lobster enticing you to try this or buy that. If it works, which of course it does, you can try some of the local delicacies such as the lobster roll or clam chowder.

As one poster so eloquently put it, “You haven’t been to Maine unless you’ve had a cup of clam chowder.” But they may be right as the local food places see a lot of American and international tourists alike coming from afar to experience Bar Harbor.

Of course, not everywhere is perfect and Bar Harbor has its beautiful vistas and shop windows slightly tarred by the never-ending flow of cars and the occasional Subway shop, but for the most part it gets as close to “enchanting and pretty seaside town” as you can get.

Though some would be unhappy if there was no sunshine, it can be guaranteed that the cool air and rolling mist across the waterfront provides an equally, if not more, special atmosphere. Why not see it for yourself?

Owen Ferguson is a Correspondent with Youth Journalism International. The Village Green in the center of Bar Harbor, Maine. (Owen Ferguson/YJI)