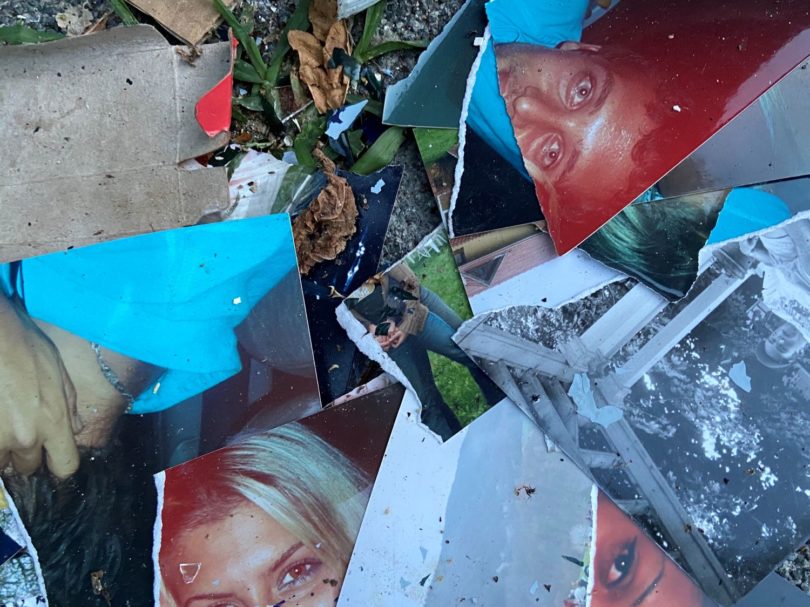 Tiffani Dilworth knows how hard it is to recover from sexual assault. Dillworth, 35, of Houston, Texas suffered several instances of sexual assault, attempted rape, and molestation. Today, she’s using her experiences – and professional training – to help others move beyond that horror.

As a young teenager in high school, Dilworth was molested by an older student. Coerced and pressured into participating in sexual contact she was uncomfortable with, Dilworth felt as if the abuse was a result of her actions.

“He would tell me that it was my fault,” she said, “and basically groomed me into believing I had to do this or else I would get in trouble.”

At the time, Dilworth was a junior at a private Christian school in the Washington D.C. area where sex education was never provided. Even at home, she never learned about sexual assault and safety.

“I knew something was wrong, but I didn’t know how to say it because I didn’t have the words,” she said. “The topic of sex and touch was not discussed at my home.”

Though she knew something was wrong, Dilworth recalled being afraid to explain the situation to her parents. She remembered seeing a news story about a young girl raped by local college football players, the newscasters on the television asking what the girl had been wearing and where she had been.

“Culture plays a role in us speaking up and telling our truth,” Dilworth said.

During the ongoing abuse, Dilworth understood the societal message that if it were discovered, she would be the one to blame.

She feared that if she spoke out, her family and peers would say she was at fault.

“My freshman year of college, I was invited to a house party,” she said. “Unfortunately, some of the females there didn’t like me, and so I ended up getting set up to get raped.”

She found herself in a small bedroom, cornered by a large man trying to push her down. Dilworth managed to fight her way past him, running into the living room – only to find it empty. As he chased her, Dilworth ran out of the house, finding that he had stopped following her somewhere on the way back to her dorm room.

Not long after, Dilworth was at another small party. After a conflict between her friend and her friend’s boyfriend, both women began to leave. The boyfriend attempted to drag Dilworth back into the home and remove her clothing, as she and her friend tried to fight him off.

Kick and pushing, Dilworth and her friend managed to make it to their car and return home.

To cope with her traumatic experiences with sexual assault, Dilworth said she suppressed most memories of her molestation in high school and college. She said she had no recollection of the abuse until she was in class in graduate school.

Listening to her professor discuss the difference between molestation and rape, memories of her horrifying abuse in high school and university came flooding back, Dilworth said.

“Everyone else was just taking notes,” she said, “and I was looking around to see if anyone was seeing the same terrible images I was seeing.”

Dilworth says she turned to faith to cope with the restoration of her memories. After the initial shock faded, Dilworth was angry – with the perpetrator, with the school, with her parents for not giving her the language to explain her abuse, and even her older brother for not protecting her – even though he didn’t know.

Dilworth said her turn to God helped her forgive and accept.

“I had to forgive myself,” she said.

In the aftermath of her traumatic experiences, Dilworth struggled to identify safe and unsafe situations.

“We all have red flags that go up and tell us that ‘hey this is a dangerous situation.’ Because of my sexual assault, my red flags were broken.”

She didn’t notice that something was dangerous until it was almost too late. Other times, she’d have a panic attack in the grocery store where she was safe.

“I had to relearn my red flags,” Dilworth said.

Now, working as a licensed mental health therapist, Dilworth said most of her post traumatic stress symptoms have decreased. She works to aid survivors of sexual assault every day.

“I did a lot of studies and research to try and figure out how to get support and how to be supportive,” she said. “I realized I have a great opportunity to give other people support, not just as a mental therapist, but as someone who’s experienced what they’ve experienced. I can come from a deeper understanding of what they’re going through. I know what those experiences are like.”

The first step in supporting a victim is to listen, she said.

“I know sometimes some stories can seem very untrue or unbelievable because of who [the assailant] might be,” Dilworth said. She urges people to never push victims into doing anything they don’t want. “Meet your friend where they are, don’t discredit them, and just acknowledge their experience,” she advised.

Dilworth is also sensitive to the language to describe people who have experienced sexual assault, like ‘victim’ or ‘survivor.’

“There’s a stigma that happens, and people treat us differently,” she said. “ It’s bad enough that someone forced themselves on me, now I have this title being forced on me, too.”

Many people who have experienced sexual assault don’t reject the terms ‘survivor’ or ‘victim,’ Dilworth said, but she said being a survivor or victim does not define their character or identity.

“My name is Tiffani,” she said, “and I was sexually assaulted.”

Today, Dilworth is thriving. She’s using her own experiences to create a difference in the lives of other people grappling with their own trauma from sexual assault.

Sreethitha Gandluri is a Senior Reporter with Youth Journalism International. She wrote this story.

Bilge Nur Güven is a Senior Reporter with Youth Journalism International. She took the photo at the top of the story.