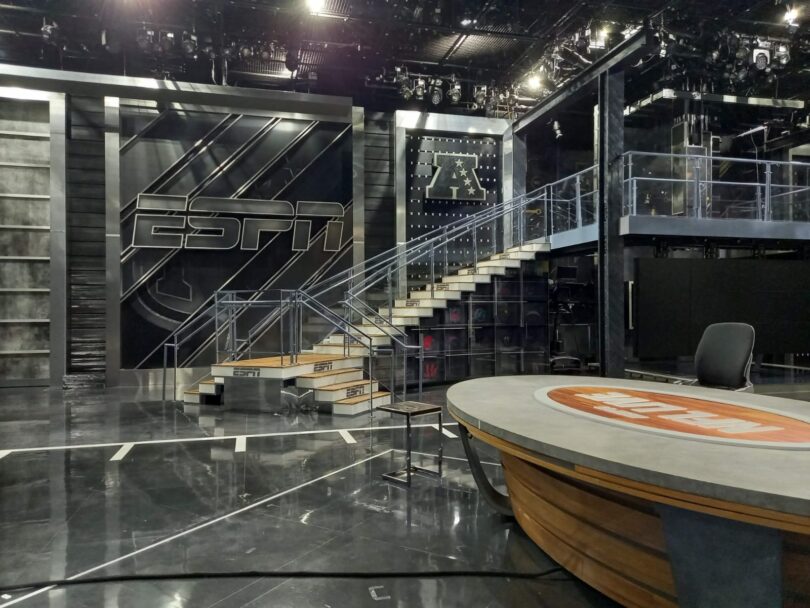 Bristol, Connecticut, U.S.A. – Sometimes sports are a way to escape from reality for just a bit. They are also a way to bring people together and form communities.

ESPN’s job is to bring sports to people from all over the world. That job got slightly more complicated when covid-19 hit the world by surprise.

In the early part of the covid pandemic, in the United States, states had the ability to declare who were considered essential workers.

Fortunately for ESPN, media was considered essential. Still, the company had the task of defining who really was an essential worker.

According to ESPN spokesman Mike Soltys, from March 2020 through May 2021, the only staff that was required to go in person were those who were considered vital for ESPN to keep going.

The main priority for ESPN was for announcers to be able to do their shows from home, he said in an interview at the company headquarters.

One of ESPN’s main investments during the pandemic was getting the technology so that shows could be made from a living room.

People who used to work in the studios went to the announcers’ houses and installed all the equipment so they would be able to keep broadcasting, according to Soltys.

Back then, when the pandemic was just beginning, most shows were produced in private homes.

ESPN didn’t stop, but most sports did.

Instead of broadcasting a big game in an enormous stadium with thousands of people, it was the public who was providing the sports programming.

People from all over the world would send footage of their local sports events, according to Soltys, and ESPN would put it on their programs.

Part of those were completely new things for the media company, like the Korean baseball league which ESPN had never covered before.

In that particular case, it was the Korean baseball league that provided the footage for ESPN.

There were also more random sports shown, like corn hole games and even powerlifting from a basement in Iceland.

They also showed programs that weren’t sports events that they either brought back or were hurried up to get on air.

At the end of 2021, when the world was just beginning to open up, everybody was allowed back in ESPN’s company headquarters in Bristol, Connecticut.

But people were also allowed to work from their home or hybrid – some of each.

Either way, things in the office and in the world have changed forever.

“It now seems so long ago, and it hasn’t ended, but it does seem so long ago,” said Soltys.

Regina López is a Senior Correspondent with Youth Journalism International.