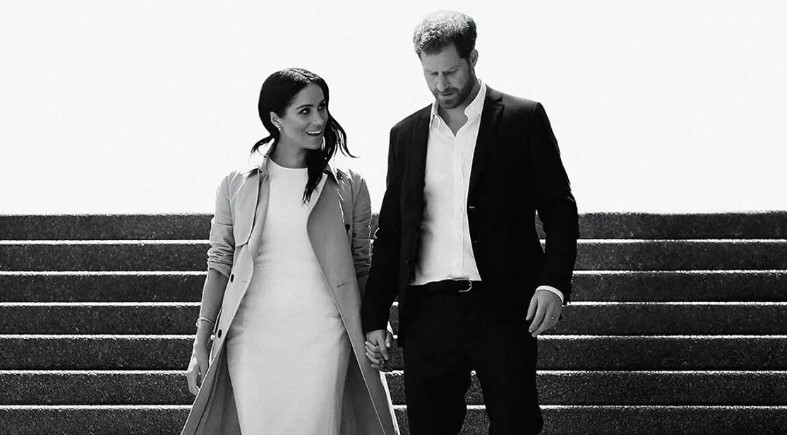 Image from the "Harry & Meghan" series on Netflix.

LONDON – Prince Harry and his wife Meghan’s recent Netflix documentary has not only been a fascinating watch but has also received a wide range of public responses.

The documentary is a ‘tell-all’ from Harry and Meghan’s perspective on what went on behind the closed doors that ultimately led to their decision to step down from their roles within the British monarchy.

“Harry & Meghan” has done nothing to slow the raging war between those who avidly support the couple and those who support the institution of the British monarchy.

Those on Harry and Meghan’s side clearly point out the institutional British racism, particularly in the media, while those who support the monarchy argue that the couple are showing a clear disrespect towards the institution and the late Queen Elizabeth.

Regardless of what you think of Harry and Meghan as people, it is fair to say that the British media were more than harsh when writing about the couple. Their stories were clearly negative in their portrayal of Meghan and there is evidence of bias in the way stories about Kate, the Duchess of Cambridge, were written compared to ones about Meghan.

The documentary calls out the inherent racism shown towards Meghan, particularly by the media.

I found this a truly captivating watch because it points out a fundamental flaw within British society that so many people are simply pretending that they do not see.

Hearing what the couple called ‘their side of the story’ in a documentary form was an interesting way to reveal their story. They raised some key issues within the system and explained why they chose to leave a fundamental British institution.

But it did not reveal any new or shocking information that had not already come to light.

My one key issue with this documentary which left me questioning some of their arguments was that when leaving the monarchy, Harry and Meghan stated that they did so for privacy reasons.

However, is releasing a ‘tell-all’ documentary which they are getting paid for really keeping yourself private and away from the limelight?

This does raise some questions on whether they are doing this for money, fame or whether this really is just to reveal their truth.

The documentary points out flaws in the British institution and calls for a dramatic change to be made, so I would recommend that everyone watch it.

I do believe that there is a great deal of truth to what they are saying, although no one has heard every side of the story yet.

I would love to hear the monarchy’s view on everything that happened before Harry and Meghan left the institution although I do not think this will happen any time soon, if ever.

No one will ever know the true story of what really happened behind the closed palace doors. We are simply only getting snippets of information.

Aimee Shah is a Reporter with Youth Journalism International.