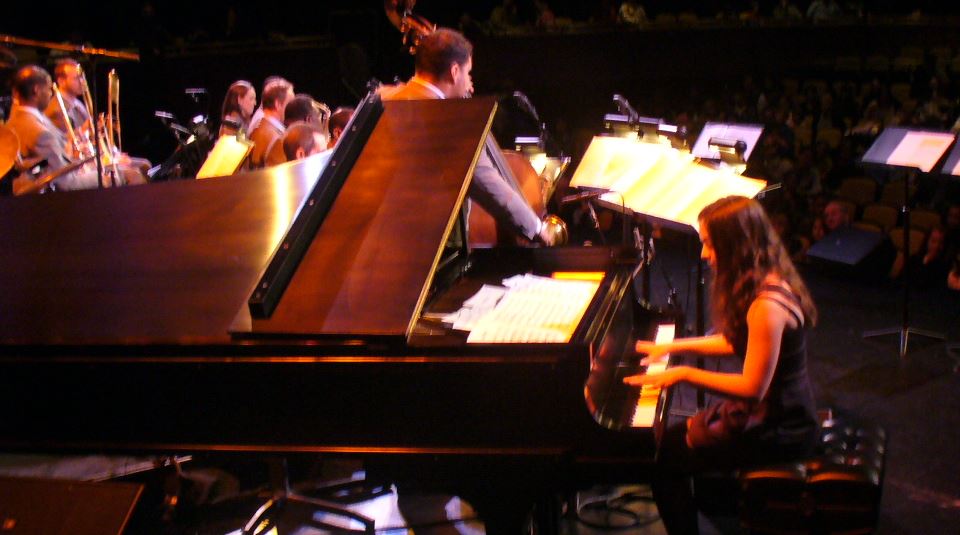 NEW YORK, New York, U.S.A. – Six weeks ago, I had very little knowledge of Mary Lou Williams, the renowned jazz pianist and composer.
Now I not only know more about her, but I’ve had the opportunity to perform her piece, “Close to Five” with Wynton Marsalis and the Jazz at Lincoln Center Orchestra.
I sent in a tape to “Who is Mary Lou Williams?” without any expectations and just relief after the audition process was over.
“Mail it and forget it,” my mother said.
And that’s just what I did. So, a phone call a few weeks later came as a huge surprise. I remember walking through the door after a flute lesson to the sight of my mom pleasantly talking on the phone with a stunned look on her face. I was equally as shocked.
The next week flew by in a blur of hurried practicing, impromptu lessons with my piano teacher, Earl MacDonald, and quite a few congratulatory messages. Suddenly I found myself in a rehearsal studio at Lincoln Center with some of the most prestigious jazz musicians in the world. 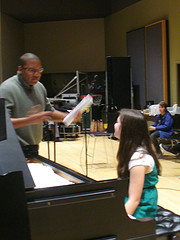 You can imagine my awe, coupled with trepidation. Meeting Wynton Marsalis was an incredible experience. He was kind, humorous, supportive, and understanding regarding the myriad of nerves that I had.
The warmth of the entire band soon put me at ease.
“When you are up here, you’ll just look up and see us having a good time. You’re like a daughter to us,” Wynton Marsalis said to me when first I sat down at the piano to play.
It came as a pleasant surprise to me how much fun the entire rehearsal was and how six hours whizzed by.
The musicians were constantly joking around. The Yankees’ success in the World Series set a positive mood in the air.
The bassist, Carlos Henriquez, was dressed head to toe in Yankees garb and regaled us with tales of his experience at Yankee Stadium, watching the final game of the World Series in person.
The concert was geared towards young audiences, so the band rehearsed a kid-friendly script multiple times.
In the rehearsal, the jokes thrown in were a lot wilder than they’d dare do in front of a theater full of children, though. 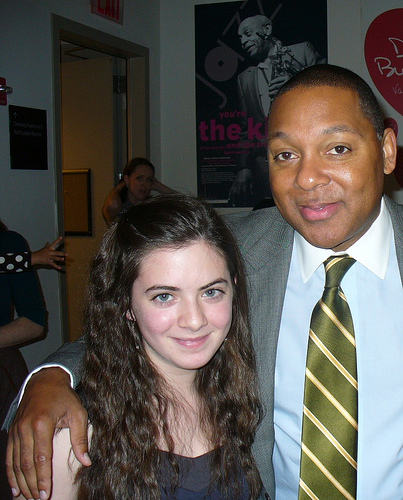 At one point in the rehearsal, Wynton Marsalis went off on a preacher-like rant. The drummer, Ali Jackson, and the bassist picked up the gist of Wynton’s tangent and started playing a gospel groove.
I was sitting on the piano bench, since my song was next.
“G,” whispered Carlos Henriquez to me and I joined in the soulful harmonies. Everyone started cracking up.
The concerts were on the following two days. The Rose Theater, where I performed, is a large auditorium designed especially for the acoustics of jazz.
The place was full of families and school groups. Sitting in the box neighboring the stage, listening to the tunes go by, I felt my nerves building up.
Would I totally blank on my solo? Would I trip on my high-heeled shoes? All these thoughts went through my head.
To my great relief, I remembered most of my soloing techniques and only had minor flubs in the song.
I even made sure to incorporate a lick that was repeated a lot during the concert. This brought a smile to the lips of Wynton Marsalis and the band’s pianist, Dan Nimmer.
Backstage was also quite something. It was full of friends and family of the band members and a spontaneous soccer game among some of the kids.
There was catered food for the instrumentalists and staff, as well as dressing rooms. Posters of acclaimed musicians lined the walls, including a couple with Wynton Marsalis himself.
I was lucky enough to bring a few friends, who I was able to introduce to some band members. Cameras flashed at every moment. I felt proud of my accomplishment and grateful that friends and family could be there to share it with me.
All in all, the few days I spent with Wynton Marsalis and the Jazz at Lincoln Center Orchestra were incredible. I was made to feel at home and confident in my musicianship.
I am so grateful that I had this opportunity. It’s something I’ll never forget.

Alma Macbride is a Reporter for Youth Journalism International.