That’s because Simpson, a student at
Impington Village College in Impington, Cambridge,
relocated to the United Kingdom from Kenya only a few weeks ago.
The attack by Westgate Premier
Shopping Mall that began a week ago and lasted several days, left more than 60
people dead, including children.

The Somali terrorist group al-Shabab,
an ally of Al Qaeda, claimed responsibility for the assault. It began when a
group of terrorists entered the building on Saturday morning, Sept. 21 and
started shooting.
The mall, said Simpson, is located
on a Nairobi street that is full of shops.
Simpson said she was shocked that a
place she thought was safe, like a little bubble, was not anymore.
Her first thoughts after hearing
about the attack, she said, were of her friends and their loved ones in Kenya. She
said she prayed they were not hurt or involved in any way. 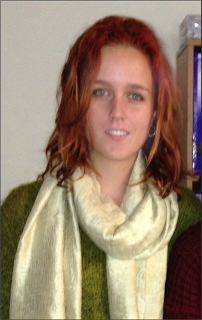 Following news reports and updates
on Facebook, Simpson learned that the mother of a former classmate was among
those killed. She said several other people she used to know were in the mall
but managed to escape.
Simpson said that Kenya is at war
with Somalia and that the attack on the mall was likely in retaliation for the
advances Kenya had made against Somali troops. She said she thinks al-Shabab is
also responsible for burning the airport in Nairobi in early August.
Those who committed these crimes
aren’t human in Simpson’s view. She said while she is not “an eye for an eye”
kind of person, she thinks they should be punished.
It’s the first time, she said, that
she knows what it feels like for her country to be attacked from another
nation.
While Kenya has had internal
conflicts in the past, Simpson said, and was nearly split in half from the
inter-tribal war a few years ago, the nation has come together after the
Westgate assault.
The attack, she said, brought
Kenyans a lot closer and they are standing together as one country.
Everyone is helping, Simpson said,
by donating blood or whatever they can to contribute. That makes her happy, she
said, as does the moral support the country is getting from people worldwide.
She said she appreciates those who put a Kenyan flag as their Facebook profile
picture.
Kenya is a very lively place, said
Simpson, who has fond memories of her homeland.
The country is covered with several
large open forests, she said, and despite a huge disparity between the wealthy
and the poor, the people are happy.
What she remembers most, Simpson
said, is the dusty road where she used to live, complete with roaming dogs.
“I just loved it,” she said.