By
Talon Bronson
Senior Reporter
Youth Journalism International
LOS
ANGELES – Hotel rooms, neatly placed Bibles marked with the Gideon’s stamp,
and road after road after long pothole-riddled road, winding and ululating like
great snakes laid out upon the face of the land.
These
long roads treat some so kindly, and yet, they can strike angrily at the slightest
turn, hissing at you with nothing but malice, and there is where we always seem
to lay, right in the in between, with one foot dipping into God’s paradise, and
the other dangling over the Devil’s backyard.

We’ve
tasted the fruit of both, from the rotten avocado pit of Nevada, to the sweet
cherry pie of California, and through both gardens we rode along, nothing but
some tired road-worn passengers, watching the trees pass by.

But
the worse it got, the worse the heat of Death Valley sounded, especially
breaking down in the middle of it. So a detour was taken on our way to Boulder
City, and for five magical hours I felt the California breeze, saw the
Californian women and the fruits of the West Coast everyone speaks so highly about.

I
was drifting through peace, even though it was not my green, and not my land, but
it was not the desert, and it was not flat monotony.
Soon,
though, the roads changed, as I’ve said they do before, and the trees fell in
the ground and were replaced by dust and sand and rock – with busy Friday
afternoon traffic heading towards Las Vegas looking for kicks. The drive slowed
the closer we got, 15 miles taking a hour, a hour in which the only thing you
have to do is wish there were a God, just so you could thank him for air
conditioning.
Like
a snail, along we crawled. That night, for the first time, we were late. An
hour late.
And that almost leads up to me now, and my
harmonica, and my sweet tea, and the half gallon of whiskey sitting on the
table in front of me.
The
shows in Boulder City went surprisingly well, with tips we somehow managed to
pull in an extra hundred in cash, breaking us close to even on gas, and we even
sold some CDs.
But,
I won’t let the desert hold me, and even if they tried, I wouldn’t let the band
either.
I
was getting so tired I felt sick, and the more time I spent in Nevada, the more
I missed home. The casinos didn’t help, or the kids there on vacation with
their families.
I
sat watching one night, enjoying the only luxury that Nevada offers (smoking
inside) and wondered who would do that to a growing mind? Give ‘em an icy pop,
and set ‘em next to a slot machine. Feed the kids trucker food and let them
watch the spinning 7s on the screen. Mom and Dad multitask, get their kicks,
and try to win back the house’s third mortgage, both at the same time.
It
depressed me, made me want back home, back to culture, indie shows at the
backspace, coffee at the courier, and trees and clouds.
But,
I couldn’t have home yet. I’d have to settle for California.
So
we fled, and here I am.
My
sweet tea is almost gone, and my head aches from the heat. East LA. Ain’t
nothing like it.
I’m
holed up with an old friend, at the moment, drinking and relaxing while two
pit-bull pups lounge under my feet, and chicken grills on the barbecue. It is
deceptively calm, I’ll admit.
A
block down the street sits our van, over two thousand dollars of music
equipment sitting in the back, at the foot of the hills of East LA. And the
burn is, it won’t turn on. It’s dead as a doornail.
But
my sweet tea is just about finished, the chicken is just about cooked, and the
sun sits above, calling for me to lean back, fill myself and forget about those
problems for a few moments.
I
suppose I can pick this up next time.
A Thief At Heart is Talon Bronson, songwriter and singer; Kade Schagunn, lead guitarist; Jacob Duffey, bassist and Trevor Scott on drums. It is from Portland, Oregon.

Don’t miss any of Talon Bronson’s Rock ‘n Roll Road series. Click on the links below to read any of the other three parts:


Part One:
Long Days In An Old Van, Late Night in Dingy Bars – And No Sleep
Part Two:
Singing For The Desert And Its Awful Beauty
Part Four:
End Of The Rock ‘N Roll Road – For Now 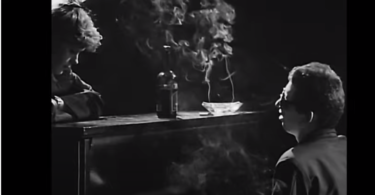 Dublin, IRELAND – Every year, before the Halloween decorations have even been packed away, shops... 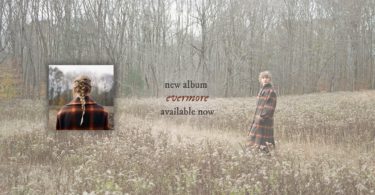 Maghull, UK – Less than five months after the surprise release of her hugely successful album...